The Osceola County Sheriff’s Office announced that the Georgia coach will be charged with child abuse after they reviewed the viral video. 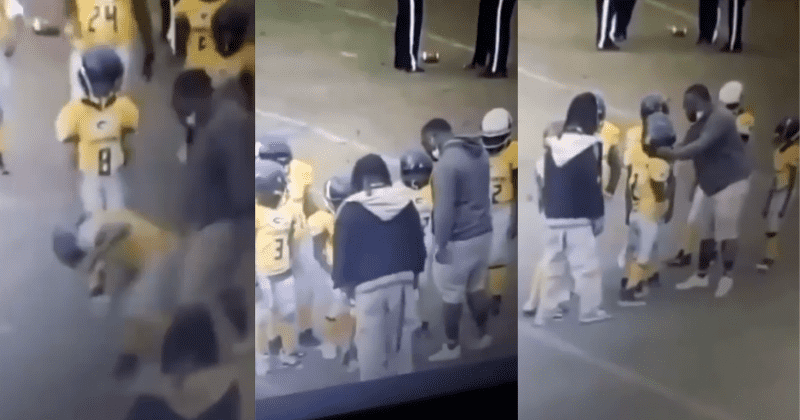 Trigger Warning: This report has details and a video of child abuse that readers may find disturbing.

A youth league football coach, who was filmed repeatedly smacking one of his players to the ground earlier last week, will face charges of child abuse. During a game in Central Florida, Gerrell Williams was captured on camera hitting the child's helmet with such force that he caused the kid to lose his balance. Then moments later, Williams, the coach of the Savannah Gators youth football team, was seen knocking him once again, and this time to the ground in the viral video. The video was heavily criticized prompting the Osceola County Sheriff’s Office to announce that the Georgia coach will be charged with child abuse, reports WESH.

I am a mom and one of my sons played youth football,
I can promise you if you had done that to my son I would have been all over you.https://t.co/MB88mC18TH

The incident unfolded on Monday in Kissimmee when the Savannah Gators youth football team was competing in the American Youth Football national championships AA Div 1-7U tournament. All the players in the 7U division were 7 or younger but TMZ reports that the child who was smacked by Williams was 9-years-old. The Osceola County Sheriff's Office revealed that they were first made aware of the incident by a viewer in Maryland who saw it online. However, charges weren't filed immediately against Williams as the parents did not wish to press any charges.

But after reviewing the video and the nature of the crime, the police decided to step in and press charges against the man. "The Osceola County Sheriff’s Office along with our local state attorney’s office have reviewed this case and the decision has been made that charges for child abuse will be filed, regardless of parent’s decision not to press charges," said Major Jacob in a statement, according to Fox News. "The actions of this person are despicable and there is zero-tolerance when it comes to the abuse of a child." Following the incident, it was reported that the coach was expelled from the league and was prohibited from even being on the sideline for any future games played by his team.

He’s not sorry he hit the kid he’s just sorry that he discipline the kid in public and not privately. He needs to be charged with child abuse.

He was also let go from his position as a counselor at the Chatham County, Georgia, Sheriff’s Office detention center. "Earlier this week, AYF tournament officials were provided with cell phone video of a 9U coach -- Gerrell Williams -- behaving in complete breach of the AYF Code of Conduct. The video was provided to AYF the morning after the incident and was turned over to the Osceola County Sheriff (Florida)," said American Youth Football in a statement to the news outlet. They also revealed that Williams had been banned from attending any of its events forever.

That most definitely was abuse!😡

Williams, who was allegedly involved in the incident, later issued an apology during a Facebook Live video. "I’m gonna apologize for my actions … At the end of the day, I am a man," said the coach in the video posted on a woman's account. "I aint gonna make no excuses for what I did. I was wrong. I shouldn’t have disciplined him … hit him in public. I shoulda waited ‘til we got back. At the end of the day, I apologize to him, the kids, the city … and my family back at home. I do apologize. There’s no excuse for my actions. He forgave me and his parents have forgiven me, so nobody else should be bashing me."

I know. What the heck would he have done to them in private?

Shortly after the video was shared millions of times on social media, the actions of the coach were condemned by the likes of Lebron James, Bruce Smith, and  Pro Football Hall of Fame inductee Shannon Sharpe. Taking to Instagram, Sharpe expressed: IF* that’s my child. I’ve got to have him, I’m going to carry his punk a**. 🤬🤬🤬🤬🤬
Even IF* that’s his kid, I’ll whip him. I won’t let anyone prey on the weak or vulnerable in front of me. Not going to happen. Responding to this, Grammy-winner Johnta Austin wrote: Did you see his apology though Unc? He made it worse. Said he realizes he shouldn’t have did that in front of everyone and should have waited until they were in private. Clown said the parents have forgiven him. What in the entire hell!? 🤦🏿‍♂️