Youngsters who are stepping out of the house for essential or non-essential purposes are carrying the virus back home to their older relatives. 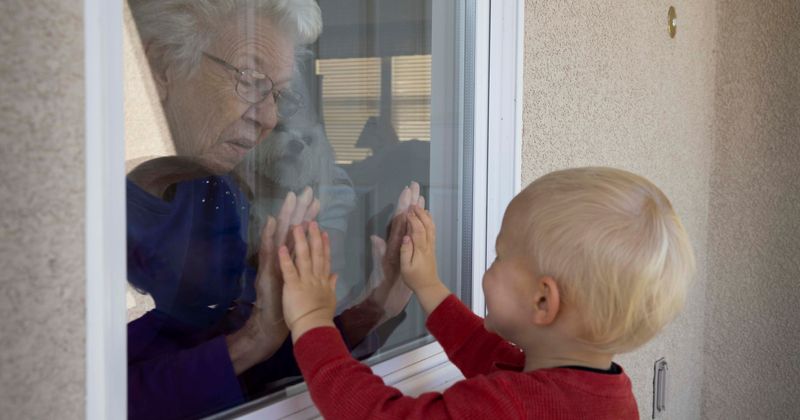 The COVID-19 pandemic has shown no signs of slowing down. Government guidelines on how to navigate in a world where the virus has now infected 17,195,462 people worldwide and 4,568,375 people in the US alone, has not been effective. It has more to do with people not following useful guidelines and becoming spreaders of the virus instead. With death tolls escalating and the number of infections also on the rise, a pattern is being detected by healthcare professionals. As it turns out, the young people who are stepping out of the house for essential or non-essential purposes are carrying the virus back home to their older relatives.

Experts have worried that young people surging back into bars and restaurants would soon infect their more vulnerable elders at home. Now it appears to be happening. https://t.co/yOHABI0pBL

Caregivers, elected representatives, and experts are seeing a pattern in hospitalization. In places like Houston, South Florida, and other places, they are noticing how the surge in infections among the elderly may be a result of the younger people carrying the virus. This includes youngsters going out to work in essential services or visiting public places after restrictions have been lifted, to come back to the house they share with their vulnerable elders, according to Anchorage Daily News, as per the article originally published in The Washington Post. The possibility of this happening was highlighted a few months ago and as more people began stepping out—it became a reality.

"We think when Texas started opening up, that was May 1, it was young people going to bars and restaurants, out and about, gathering socially," Pat Herlihy, chief of critical care at Baylor St. Luke's Medical Center in Houston said. "My hypothesis now is that they're engaging with the larger families, they're engaging with the 60- to 70-parents, uncles, aunts. They're engaging much more with that vulnerable population." The possibility of the virus spreading is even more so in homes where many generations of the family are living together. The situation is worsened if any of the elders in the family already have underlying health conditions.

18 family members diagnosed with coronavirus after surprise party in Texashttps://t.co/86j5bTBWSR

Recently, a North Texan family had all been infected by the deadly virus en-masse after a family gathering. One person who had unknowingly caught the virus spread it to the rest of the family. Among those infected were two young children, four senior citizens, and a cancer patient. "When people started getting sick, we really let everyone have it," Ron Barbosa, a relative who did not join the gathering as a safety measure told WFAA. "We knew this was going to happen, I mean this whole time this has been going on we’ve been terrified." The family had gathered for a surprise birthday party that had rendered two of the infected people in a critical condition.

My dad had a heart attack this winter. Mom has a pacemaker. Both are high risk so I haven’t seen them in 3 months. I live only 10 miles away. I stay away because I love them.

The chief medical officer for Miami’s Jackson Health System, Peter Paige, said that 40 percent of the people being hospitalized over the past month has been over the age of 65 years. The percentage now stands ar 55. Almost 60-65 percent of deaths are also of people from the same age group. He also noted that a large proportion of the younger population is asymptomatic and most of them do not even need hospitalization. "It appears there’s a lot more positivity coming in the younger population, but it seems like a lot of the deaths are coming in that high-risk population," he said.

NEW: Younger people are less likely to be hospitalized or die of COVID-19 than their elders, but they circulate more freely while carrying the disease, and their cases are harder to trace. https://t.co/aoTSvH8dC3

Republican Miami Mayor Francis Suarez in a news conference stated, "I would tell our residents … that they should consider, particularly if they have a multigenerational household, wearing masks indoors at times … and also respecting social distance when they’re at home." Republican Miami-Dade County Mayor Carlos A. Giménez also urged, "Yes, I know it’s a sacrifice but do so because, again, just because it’s your son, or your daughter, or your cousin, or your mother, or your father, doesn’t mean they don’t have COVID." This comes after household transmission has increased in Miami, Miami-Dade County, and Broward County.

Many in #OurCounty live in multi-generational households, meaning you live with mom dad, abuela & abuelo.Home isn't the safest for them when you're out and about and then return home. Mask up and keep distant from those at high risk inside your home and protect them too! #MaskUp pic.twitter.com/ZcoOUKG18W