Russian YouTuber, Stas Reeflay, was allegedly paid to inflict abuse on his girlfriend by a viewer. She is now dead. 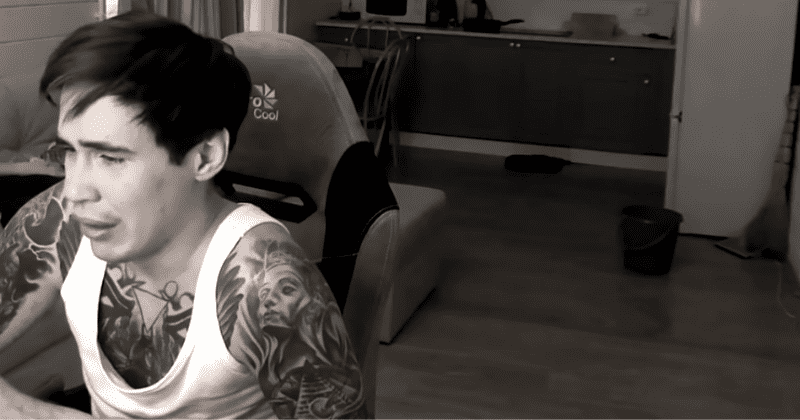 Trigger Warning: The story has details of violence against a woman that readers will find disturbing

A YouTuber in Russia known as Stas Reeflay, 30, pushed his pregnant girlfriend into the balcony in the freezing cold and streamed the entire episode of this to his followers who paid him to inflict abuse, reports The Sun. One of them even paid him $1000. Valentina Grigoryeva,28, was only in her underwear as she endured sub-zero temperatures on the balcony of his home in Ivanovka village, near Moscow. Reeflay did not let her inside for quite a while despite the low temperatures and kept addressing his viewers, even when he realized she was already “half-dead”. Hypothermia was listed as the reason for her death. In the video stream, Reeflay was shown dragging the unconscious body of his girlfriend from the balcony. He is seen desperately trying to revive her as he continued to address his followers.

YouTuber 'kills pregnant girlfriend on live-stream as viewers pay him to abuse her' https://t.co/Y13O2fB9T0

He is heard telling them that she had no "heartbeat" and looked "pale." Eventually, he called emergency services who arrived at the scene but by then, it was already too late. Reeflay is heard trying to wake up his girlfriend in the video and said, “Valya, are you alive? My bunny, what’s up with you?" He then tried again: “Valya, Valya, damn, you look like you are dead. Bunny, come on… tell me something. I'm worrying. Damn... I do not feel her heartbeat.” He turned to his viewers and said, “Guys... No pulse... She’s pale. She is not breathing.” Grigoryeva had just become pregnant. Reeflay, whose real name is Stanislav Reshetnikov, would often inflict various forms of abuse on her for his viewers. In one session in the past, he had even pepper-sprayed her. The victim's friend said Reeflay would live-stream such abuse towards her quite frequently.

In the horrific broadcast of Grigoryeva's death, he finally calls for help while continuing to try and revive her. "Wake up, Valya, I love you, wake up.” Even when paramedics arrived, Reeflay continued to stream. They eventually declared her dead. It is believed the streaming went on for another two hours. The YouTuber was arrested and questioned by cops. If convicted for the crime, he faces only two years in prison. The body has been sent for a forensic examination. The Russian Investigative Committee stated:  “Information will also be checked about possible unlawful actions against the deceased by the young man in whose house the body was found.” At the same time, an “urgent” investigation is also said to be conducted on what other laws were broken during the streaming.

YouTube came under criticism from feminist activist Liza Lazerson who said violence and cruelty against women were regularly broadcasted “without problems” by the video-sharing platform. She also said there were no checks against such content. “The woman dies on air - and the audience sends donations to the killer. This must stop. Such videos are calmly broadcast to the whole world, meaning something is broken. Until this is fixed, censorship is necessary,” she said. Reacting to the death, a company spokesperson told Mirror: “We’re shocked to learn of this tragic incident. This kind of graphic content is not acceptable on YouTube. Although the original live stream did not take place on YouTube, we quickly removed re-uploads and terminated the associated account."

So Russian “influencer” #reeflay killed his pregnant girlfriend on livestream by licking her outside o. The balcony hardly dressed, then brings her inside and continues to stream a couple more hours with her dead body on the couch. He’s been arrested, but he should be tortured.

Many activists in Russia are up in arms against such "reality violence" and abusive content on the platform and called for these to be stopped immediately. Of late, videos of couples pranking each other and some of these, almost bordering on abuse, have become extremely popular on the internet.