Ferdian Paleka used slur words to refer to trans women and tried to create a viral video by mocking the underprivileged. 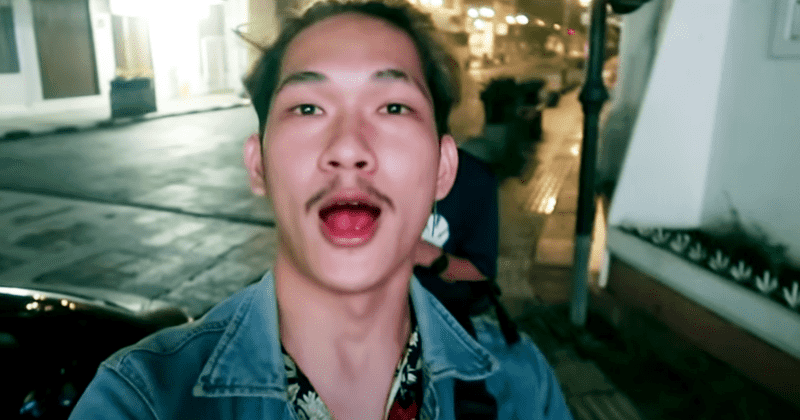 An Indonesian YouTuber has been arrested and faces 12 years in jail for pranking transgender women by giving them garbage in boxes, disguised as food. Ferdian Paleka, a YouTuber from Bandung, Indonesia, was arrested along with a couple of friends for uploading the transphobic video. The video uploaded on May 2 showed them handing out fake aid packages while actually filling the boxes out with bricks, rotten vegetables, and garbage. This comes at a time when people are actually digging deep to help each other during these difficult times. Paleka and his friends now face 12 years in prison and a potential $804,000 fine, reported Newsweek. The transphobic video comes just a month after a 42-year-old transwoman was burned alive by men in Jakarta.

Ferdian Paleka refers to the transwomen as bencong, an Indonesian slur for transgender women. The garbage of a human being thinks it's funny to mock the underprivileged. The video opens with Paleka and his two associates driving around and playing electronic dance music. In the video he uploaded on his YouTube channel, he can be heard saying, “We will distribute groceries containing bricks and garbage. If there are any bencong (trans women), we’ll give them the boxes, but if they’re not around, that means this city is safe from waria (another slur word for transgender people).” Paleka adds, “(Transgender people) do not obey the government, so, don’t blaspheme us — we only want to help the government.”

The victims of the prank — Sani, 40; Dini, 50; Luna, 25; and Pipiw, 30 — reported the YouTuber and his friends to the authorities on May 4. Members of Srikandi Pasundan, a trans group in Bandung, supported the four transwomen and accompanied them to the police station. The video went viral for all the wrong reasons and members of the LGBTQ community slammed Paleka over his transphobia. LGBTQ activist Lini Zurlia wrote on Twitter:  (Paleka) uploaded this video in the interest of fame by degrading fellow humans! His videos on the various platforms were mass-reported with many calling out his transphobia, reported Vice. The video got more than 27, 000 dislikes in under 15 hours.

On May 3, the authorities and angry neighbors gathered in front of Paleka’s house to confront him, but he was found to be absconding. One of the transwomen who were handed garbage in the disguise of food said she “did not expect anyone to be reckless during the month of Ramadan and the atmosphere of the COVID-19 pandemic.” Dini, another victim, said she felt treated like trash. “We hoped to get noodles, but it turned out they were (bricks of garbage). I feel hurt and humiliated,” added Dini.

WE REACHED OUR GOAL🎉
Total of Rp 26.637.082
(Including dollar convertion estimate)

We will proceed to distribution soon

“We thought they were giving us noodles, but they think we’re trash. That was a painful experience. I’ve only been leaving home during the partial lockdown so that I can eat the next day. I’m aware that we’re practicing social distancing, but if I don’t go out there to make money, who will give me food? I was hopeful, but instead I was insulted,” one of the women told local media. The positive thing to come out of the incident is that many social media campaigns have been started to set up fundraisers and open food banks for vulnerable trans communities across Indonesia.

YouTube took down the video on May 4, claiming it violated the site’s policies on harassment and bullying. Paleka also milked the fame that arose from the incident. He posted a fake apology on Instagram, saying, "I’d like to apologize for what I’ve done…not.” He also added that he would himself in if he got 30,000 more followers. One can only hope his cheap brand of humor helps him make his jail time more worthwhile. The West Java police arrested Paleka on Friday while one of his other friends, who featured in the video along with him, surrendered before the Bandung police.