Each tub contains 3.5 ounces of melted cheddar cheese. It's being sold as an add-on to go with your other food items. But this is only for outlets in Brazil 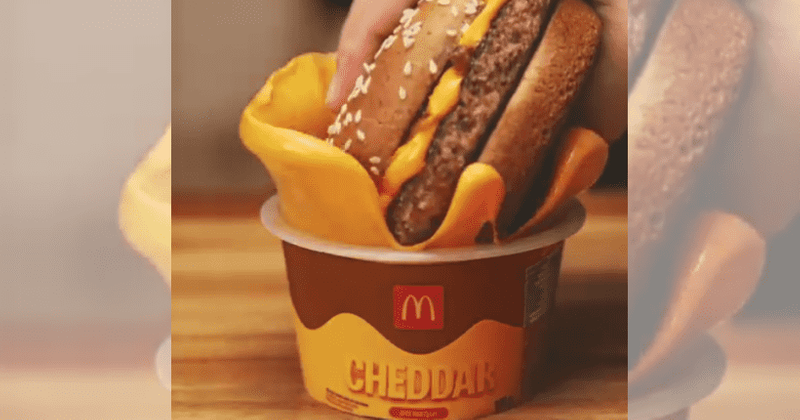 Ever went to a McDonald's and wondered if you could get more cheese to go with your burgers and fries? Well, the fast-food giant has heard the customers' wishes and has now put as part of its menu a tub of melted cheese for people to eat as they want. Too bad, this is only available in restaurants in Brazil. There is no word if this would also be introduced in Europe, the US, or other parts of the world but many people seem to be demanding the same for quite a while now. Take the example of Twitter handle @damnnearkilldem who wrote: I’d like to know where in America @McDonalds has melty (commercial worthy) cheese like that that has just ran across my snap chat feed.

Another named @BillyTwoBagger added: Sausage McMuffin’s w/ eggs are the literally the only time I have seen melted cheese at McDonald’s. The soccer-loving nation, it seems, just got lucky. But there's still hope that other outlets around the world would also be considered for the melted cheese tub. The Instagram handle of McDonald's in Brazil shared some sumptuous pictures of burgers and fries dipped in the tub that would make anyone want to pack their bags and head to Brazil. According to MSN, the caption on Brazil Instagram handle read, "What if we made a pool of cheddar…?”

Each tub contains 3.5 ounces of melted cheddar cheese. It's being sold as an add-on to go with your other food items. Pair it with some nuggets if burgers and fries are too much for you. Heck, just put it with your breakfast items. Some extra cheese in the morning never did anyone any harm. The food company even brought out a video ad that showed people jumping off the diving board with burgers in their hands. The shot then cuts to the burgers being dipped in the tub of cheddar cheese. Another Insta account wrote that the cheese tub was super creamy and was something that would be a big hit in that country.

Kelly White wrote on Facebook: We definitely need this in the US!!! Another McDonald's fan Mille Fiore added: Sober me says no thank you but me at around 2am says yes please. On Twitter @AvengerAnthony tagged @McDonaldsCanada and wrote: psst I notice your sister restaurant at McDonald’s Brazil has this so I’ll ask can we get the cheddar cheese dip also?  An entire Reddit thread cropped up only to discuss the cheese dip available only in Brazil. One Brazilian Redditor wrote that the tub of cheese was not actually made of cheddar.

He explained: "Cheddar" in Brazil does not mean actual cheddar cheese -- you know, what British and Americans call cheddar, what British people invented. "Cheddar" in Brazil means Cheez Whiz essentially -- processed cheese sauce or spread. Not only does actual cheddar cheese not exist in Brazil, nobody's even ever heard of it. The person added: And they all think their Cheez Whiz "cheddar" is the bomb, like it's the tastiest thing ever. So bizarre. So it makes total sense McD's would launch this.