This sickening violation was to check if she was "pure". 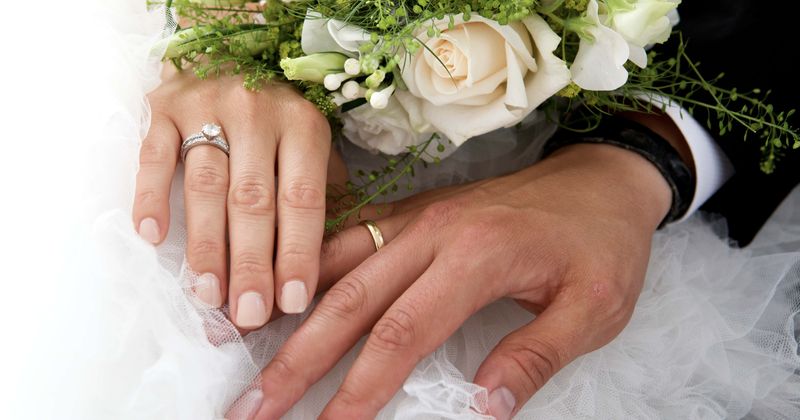 Abuse masquerading as a form of family "tradition" can truly make one's blood boil. One woman's fiance had a very specific request before they get married. As part of a tradition, he expected her to be okay with his father checking if her hymen was intact to prove her virginity. That's right! In his family, it's apparently customary for the patriarch to check the hymen of future brides to see if they were "pure". The story was shared on Reddit by u/FarReference3 and we can't even.

She shared: My fiance proposed to me about 8 months ago. We decided on having a relatively small wedding which is in two days. Everything was going great. He seems absolutely perfect and we are very much in love.I am a virgin and so is he, he wanted to save it for marriage and I wasn't fussed so I agreed to saving it. He has told me earlier that in his family the father checks the virginity of the bride the night before the wedding. I laughed this off as it seriously sounds like a massive joke. No turns out he was dead serious. He wants me, the night before to open my legs up in a small ceremony type thing so his dad can check me while him, his brothers and uncle can watch so that they know I am still 'pure'.

This is pretty much sexual assault. Also, biologically speaking, the presence of a hymen can't really determine one's virginity. And also, what's the virginity construct in the first place? The woman even claimed that they were perfect together, it's just this one thing he was asking her to do. How can he be perfect when he's okay with abuse? There are so many layers to this story, but here's what the Reddit user said: I told him fat chance I am going to do that and he was begging to me to go through with it and how important it is for him. He said he knew it was slightly embarrassing for me but his mom did and it will prove how much I love him and that I have nothing to hide anyway as I am still a virgin. I left and he was crying, it was very dramatic tbh. I want to call off the whole wedding because of this and never talk to him again. But at the same time its only one thing and other then that we are genuinely perfect for each other and I dont want to spend my life with anyone else and it is very important to him and his family. What the frick frack do I do. I am currently at my friends house and I might stay here for the night. tomorrow would be our last day as an unmarried couple and I am straight up panicking.

I think this situation calls for a “what the actual heckdoodle” at the very least.

Reddit users seemed genuinely concerned for the young bride-to-be. mayday_dnaenae wrote:Any time a person tells you “______ will prove how much you love me”, they are manipulating you. You shouldn’t have to “prove” you love someone if you’re planning to marry them. Don’t let him play mind games like that. Another user milesmx shared (quite explicitly so): "He said he knew it was slightly embarrassing for me but his mom did and it will prove how much I love him " He told, in all sincerity, that showing your genitals to his father, uncles, and brother, is the same as you showing your love for him? Who gives a fuck what his mom did to get married X years ago? He can go marry his mom if he wants someone who is comfortable with this strange tradition.Or, he can offer to show his taint to all of your mom, aunt, sister, etc. Its only "slightly embarrassing", right? In all honesty this sounds borderline cult-ish. If you really wanna marry this man you should not allow him to push you into something you are uncomfortable with, it would be a very bad start to the marriage. You're 22 and inexperienced sexually so from that information there's a chance this will be your first experience showing your genitals to someone who is not a medical professional. Do you really want those people to be all your fiance's immediate male family members?

Fortunately, though the story ends on a good note.  It appears FarReference3 followed that advice. She wrote: I went and talked to him this morning. I told him that his father is not going to look at me and he needs to respect that. He was adamant that it needs to happen and accused me about lying about my virginity. I was trying to be calm and rational but he was not having it and just became [angrier]. I told him if he really loved me, he would stand by me on this and tell his father no, to which he slapped me and said he didn't need to prove anything. So I ended it and left him. Sometimes it's really hard to do what's best for you, but we're all so glad this young woman was able to leave and look forward to the future where she will be treated with respect and dignity!

Its never ONLY this one thing. It will be all the things, going forward. Always always always.

I'm so glad she took care of herself and gtfo.