Woman Spends Over $10,000 Buying Baby Powder To Eat, Due To Rare Condition

Lisa Anderson may have a condition called pica, a psychological disorder characterized by an appetite for non-nutritive substances. 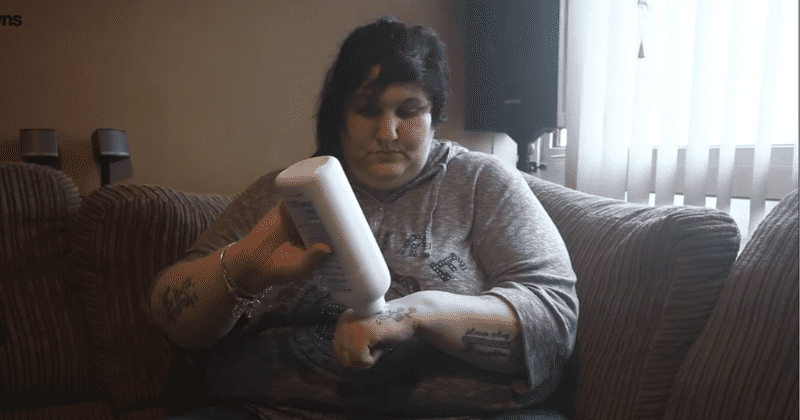 Psychological disorders often manifest themselves as disordered eating issues. For Lisa Anderson, a mother-of-five, it is eating baby powder by the bottle. Anderson, a UK resident, had done this for over 15 years and spent close to $10,000 on buying baby powder for consumption before her ex-boyfriend discovered it. Currently, she is seeking professional help with her condition and in the process, has decided to share her story publically so that others facing similar problems don't feel so awkward about revealing their addictions. According to StokeSentinel, the 44-year-old has been suffering from anxiety and depression and is now out to seek the right treatment for a condition that doctors have told her might be pica.

"I JUST LOVE THE SOAPY TASTE" - Woman addicted to talcum powder has spent £8,000 feeding her craving -

Lisa Anderson, 44, started eating the powder 15 years ago when she felt the urge after using it on her young son following a bath. pic.twitter.com/PyQHhMnyyX

The National Eating Disorders Association defines pica as an eating disorder that involves eating items that are not referred to like food and do not possess any nutritional value—like dirt, hair, or paint chips. Addictions like these can also move to baby powder or talcum powder as in Anderson's case. "I’ve always had it in the house and would douse myself with it after having a bath or shower," she said speaking to SWNS. "I’d use it on the kids after giving them a wash no problem. And then one day I remember being in the bathroom and the smell was just overpowering. There was a bit of dust that had come off the top of the bottle. I had this sudden urge to eat it and I just couldn’t fight it. I just licked it off my hand and really enjoyed it. It just hit this spot.”

Currently, her addiction has turned so severe, she spends over $15 a week to soothe her craving, which although isn't an expensive one, is surely detrimental to her health. According to reports, talcum powder is made of talc, a mineral, and contains magnesium, silicon, and oxygen. Ingesting it—through inhalation or even orally—can turn poisonous, with some unconfirmed reports even suggesting that it is linked to cancer. A recent study even going as far as finding a link between talcum powder and ovarian cancer. In Anderson's case, she can't go beyond 30 minutes before consuming the powder, and several of her attempts to quit the compulsion herself simply hasn't worked. She reportedly even tried going cold turkey but never could keep it going for long. "The longest I’ve been without it is two days,” she said. "That was the worst time of my life. I hated it."

Many people have strange cravings, especially some women when they become pregnant.

Can you beat that strange craving?

Although Anderson is aware of the unusual nature of her addiction, the addictive nature of it means that it's not easy to kick. "I do get it's a bit weird - but it just has this nice soapy taste," she told Stoke Sentinel. "I can get through a 200g bottle in a day but the bigger ones I get through about one-and-a-half a week. I remember getting really drawn to its smell. Now I can't do without it. I go up and get some every half an hour." Anderson has also been caught while in the process of consuming powder when her ex-partner walked in on her eating some in a bathroom over a decade ago. She believes he had grown suspicious of her behavior and had urged her to see a doctor, which she is now able to do, 10 years later. Her main objective for coming out in the open with the story is to inspire others who are suffering from similar diagnoses and maladaptive patterns to seek help."I spent years not knowing what was going on or happening," she said. “But it turns out it is a condition. And I just want to let others know they are not alone."

Disclaimer : This article is for informational purposes only and is not a substitute for professional medical advice, diagnosis, or treatment. Always seek the advice of your physician or other qualified health provider with any questions you may have regarding a medical condition.