Woman Holds Fake Funeral For Cheating Ex To Get Back At Him; His Mistress Still Thinks He's Dead

Thea Loveridge, a hairstylist from Australia, said the woman still posts tributes to him on Facebook. 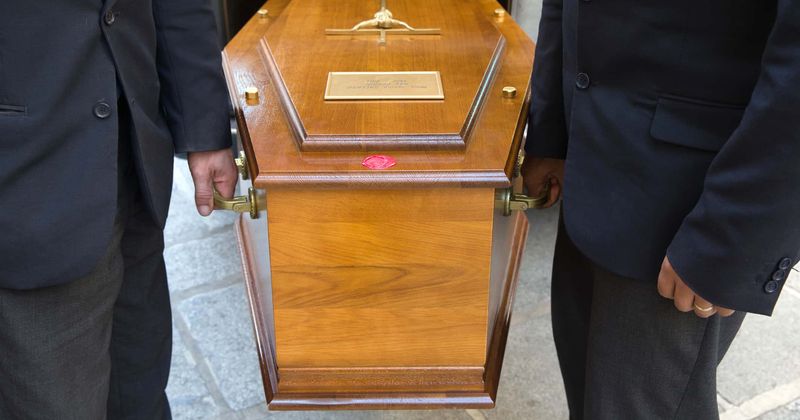 It's not a good feeling when a partner cheats on you. Some cry about it. Others prefer to exact revenge so sweet it makes all the pain go away. Thea Loveridge, a hairstylist from Australia, was in a relationship with a man and even had a son with him. Only later did she find out the man was cheating on her the whole time, with his mistress. In a video on TikTok, she said he was the one who "caused drama" in their relationship, according to Mirror. Eventually, her partner went to jail shortly after she found about about his promiscuous ways. But the other woman had no idea about him getting locked up, only that he was not responding to her messages. During this time, Thea said her ex's mistress "was messaging him trying to figure out where he was, all confused why he wasn't talking to her."

But Loveridge did not tell her the truth. Instead, she used this as an opportunity to get back at both of them. "I messaged her and told her that he was dead," she said. He also had the man's sister play along with her plan. She went a step further and organized a fake funeral for him, even sending out photos of the condolence service.  "It's been three years and she still thinks he's dead," she said. The joke has not ended yet since the woman still does not know the truth. "She posts little tributes every year on her Facebook page to the love of her life and how she's so sorry that she couldn't be there when he died to save him." Loveridge posted the videos on TikTok that have since received over 1 million likes and around 16,000 comments from viewers.

In another video, Loveridge was heard saying her partner went to jail for assault. It is not known who he assaulted. She also said he was "very abusive." Meanwhile, during his disappearance, the ex's mistress was constantly messaging Loveridge even "during her pregnancy" and trying to make her feel bad. Many commended Loveridge on her ingenious way of getting back at the mistress and her ex-boyfriend. But she's not the only one who has thought of clever ways of making an ex-lover pay. In this other case, a woman recounted how she and her boyfriend broke up when she found out he was cheating on her. When they were together, the ex had bought tickets for them for a Justin Bieber concert. After they broke up, the man asked for money for the tickets. While obviously shocked at the demand, she assured him she would pay him back.

But did so in a very unique way. In her own words: “I’ve set up a direct debit so you will receive 1p a day,” she wrote to him. She speculated it would take the man a total of 17 years to recover the entire amount. The girl's post on social media quickly went viral. Yet another woman posted a TikTok video of covering the entire house of her cheating ex with glitter when she went to pick her things up from his house. She threw glitter in the bathroom, on towels, rugs, the sofa, and even in his shoes. He had apparently cheated on her. The clip was viewed around 22 million views with over 80,000 comments. In an update, she said she had messaged her ex to say she had collected her belongings and that it was safe for him to return home. He messaged back: "I shoulda told you a while ago and I'm sorry that I didn't... but glitter?"