Woman Hides Finances From Future MIL, Asks If She's A Bad Person For Doing So.

The Mother-in-law insisted her son get a prenup, assuming his fiancée wasn't financially stable and wanted his money. 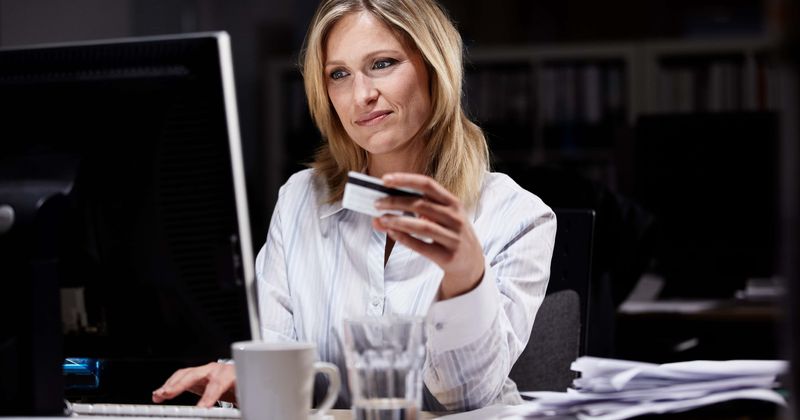 Hiding your finances from your loved one is always a controversial subject but one woman revealed in a Reddit post that her mother-in-law was miffed after finding out she had kept her finance a secret from her. They always shared a frosty relationship after the mother-in-law though her son was too good for her. She posted the back story and wondered if she was a bad person for withholding her financial information from her mother-in-law. The Redditor started off with the backstory of their relationship. I recently got engaged to my boyfriend of 3 years. For background, he’s an oncologist, his parents divorced when he was 5, Mother-in-law never remarried or had more kids but Father-in-law did and so fiancé has a younger half-brother and a step-mom, wrote the Redditor. She then revealed her professional journey away from a 9-to-5 job to exploring her passion — yoga. I have a BA and MBA from decent schools, but I quit my conventional office job to be a yoga teacher and eventually opened my own yoga studio. Mother-in-Law was not outwardly hostile towards me, more like polite but very cold, she wrote.

The Mother-in-law thought his son could do better. She told fiancé it was because a yoga teacher wasn’t good enough for him. Why couldn’t he find a nice “lady doctor” or nurse at work, etc. Fiancé told me this because we don’t keep secrets but I never mentioned it to Mother-in-Law, I just stopped trying so hard. She would periodically warn fiancé I was out for his money because he’s a doctor, he needs someone “on the same level.” The Original poster was secure about her financial position and didn't really need to reveal her finances to allay her fiancé's mother's fears. What MIL did not learn until after we were engaged is that, through my grandfather, I have a substantial trust fund. I have zero student loans, a paid-off home, a car, and own my studio with no debt. I keep this information private from most people because I don’t want to be judged for it. I didn’t tell fiancé until about 15 months into our relationship, wrote the woman.

After the pair got engaged, it was only a matter of time before her mother-in-law was pushing him to get a pre-nup. That’s when he told her about my finances, wrote the Reddit poster, saying he wanted to shut her up. She lost her mind. Told him he and I should not have withheld that information, we were disrespectful, deceitful, manipulative, etc. She then started trying to act like my best friend. I maintained a polite distance, wrote the yoga instructor.

The mother-in-law then enquired with her son why she had kept her finances a secret. He told her that I knew he didn’t like me because a “yoga teacher isn’t good enough.” Y’all, she turned on the waterworks, tears, sobs, said he should not have told me and that he ruined her relationship with her future DIL, wrote the Redditor but she wasn't ready to buy it. I think she’s full of it. His father and step-mom have been kind, accepting, warm and loving to me since the day we met. It didn’t matter that I’m just a yoga teacher. His mother insists I and my fiancé are cruel and deceitful. I think people like her are the reason I am right to hide my financial situation. Fiancé thinks we should apologize just to smooth things over and clean the slate. I have no interest in doing so, said the yoga instructor, not willing to be flexible with her toxic mother-in-law. She then asked Reddit if it was right of her to do it.

The response showed that a majority agreed with the yoga instructor while a few slandered her fiancé for not backing her more. Mrs. Ajd commented: Her son loving you wasn’t good enough for her, she basically has stated that she thinks she only has to be kind to people in her life if they meet her standards of “good enough.” Also - anyone who uses the phrase “lady doctor” in a serious way needs to take a time machine back to 1953. WaDaEp wasn't too keen on giving the mother-in-law a second chance: I don't know why your fiance wants you to apologize to his mother. Is he a mama's boy? You didn't do anything wrong. Clean the slate? I don't know, because she showed you her true colors. So it's kind of too late to put the toothpaste into that tube, isn't it? Just continue being civil. Your fiance should be satisfied with that. So should she.