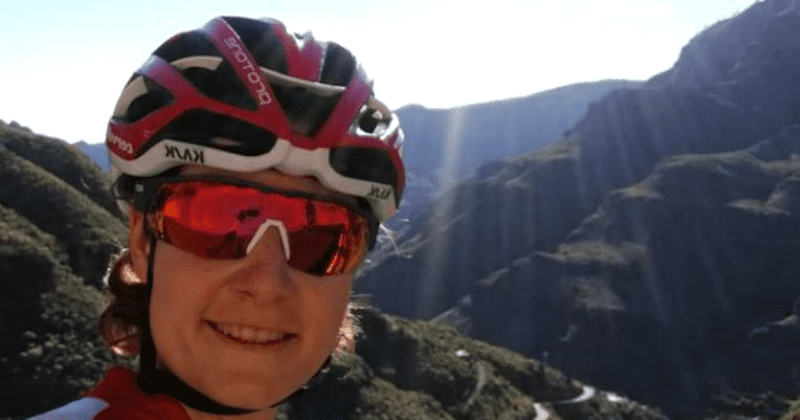 A professional woman cyclist who left behind the women's contingent during a prestigious race in Belgium and caught up with the men was stopped by organizers to restore the gap between the two groups. She ended up not winning the race. Authorities at the Omloop Het Nieuwsblad race later put up a Tweet that read: Neutralisation of our women race at railroad crossing in Sint-Denijs-Boekel in #OHNWomen #ohn19 due to a very slow mens race. riders will restart with same timings. The women's race started 10-minutes before the men but Swiss cyclist Nicole Hanselmann broke off and pedaled her way forward till she saw the men's support vehicles reports CNN. She was already far ahead of her woman counterparts and developed a two-minute lead within 18 miles of the 75-mile race.

Then, the 27-year old former Switzerland road champion was stopped at a level crossing for a good five minutes. The stoppage, she said, ruined her momentum and she ended up coming 74th in the race. Hanselmann later wrote about what happened on her Instagram account: Today was the first spring classic in Belgium. I attacked after 7km, and was alone in the break for around 30km...but then a awkward moment happend and I almost saw the back of the men's peloton... May the other women and me were to fast or the men to slow🙈 After the neutralization, I was caught up again and finished the race on the 74th place. Her post was liked thousands of times angered her followers. One follower named safradisa wrote: From California. Shame on the people that stopped you. You should feel the winner of that race!!!

Woman cyclist forced to stop race after catching up with men https://t.co/aKA0L8PzzH pic.twitter.com/igAXfE73Tz

Another follower kyle_hhi commented: I cannot believe they made you hold up and not ride to give the men more distance in front of you. If you caught up to the men, more power to you, they should’ve let you. Another branded the incident outright "misogyny." Follower geekxpop added: That was bulls*it. They should not have stopped you just because you were catching up to the men. That is bike and disgusting misogyny at its worse. Speaking with Cycling News, Hanselman said she was "sad" about being stopped. "We came too close to the men's so we had to get a neutral time gap again so it was a bit sad for me because I was in a good mood and when the bunch sees you stopping, they just get a new motivation to catch you," Hanselmann told Cyclingnews at the finish," said Hanselmann.

It’s too bad the Belgians are worried about what’s between a riders legs and not the tenacity of each rider in the race. #iamnotadistraction

She added, "The race jury just said we had to neutralise the race because we are getting too close to the men. We could just see the ambulances of the men's race. I think we stopped for five or seven minutes and then it just kills your chances." While Hanselmann was given a "head-start" when she was allowed to race again to offer the advantage but the damage was already done and others soon caught up. But despite it all she said she was happy with the race. "I got the gap again to start with on my own and I was just stood ten metres ahead of the bunch waiting and I got the gap again and then they caught me at the end of the first cobbled section," she said. The organizers also came under heavy fire from people for stopping the cyclist.

Shameful and sexist decision. Just for the record, we're 2020, this is totally unacceptable. Should have told men to pedal a like a women instead of stopping her and ruining her race.

Twitter handle @allanj60 expressed his anger and posted: Absolute disgraceful, they should never have stopped the women's race, Nicole Hanselmann basically was robbed of winning the women's race due to retards not wanting to be shamed by being beaten by a better rider due to the fact she was female. Another handle@pawelekg
commented: You ruined the Women's race. Should be taken full responsibility for bad planning and bad decision to stop the Women's race