Willie Nelson Saves 70 Horses From Slaughter, Sets Them Free In His 700-Acre Ranch

The country legend grew up around animals and didn't hesitate to save the horses and take them to his 'Luck' ranch. 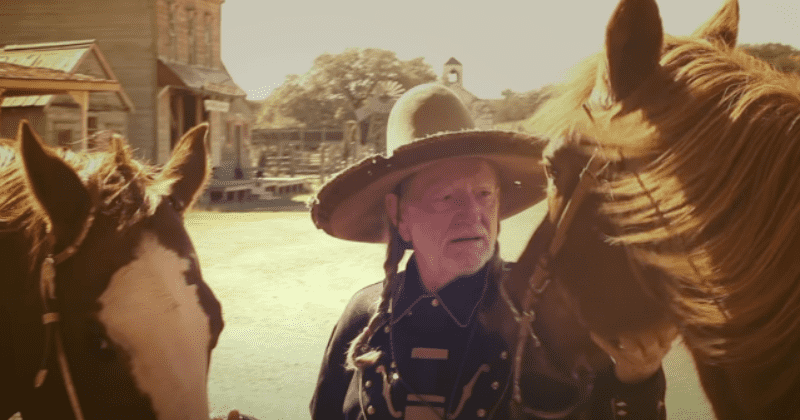 American singer country Willie Nelson saved 70 horses from being slaughtered over the past few years, before transferring them to his 700-acre ranch in Texas. The 87-year-old country legend grew up around animals and shares a close bond with them, especially horses. He has named his property the Luck Ranch, and it's located in Spicewood, 30 miles from Austin. American singer country Willie Nelson is often on tour, spending close to 200 days a year on the road, but he loves to spend time with the horses when he's home. "When you’re here, you’re in Luck, and when you’re not, you’re out of Luck," said Willie Nelson, when asked about rescuing the horses, reported KSAT News.

He considers the horses he saves as lucky, given the fate he's saving them from and the freedom they'll enjoy at his big ranch. "My horses are probably the luckiest horses in the world," said Nelson. "They get hand-fed twice a day, and they were just ready to go to slaughter is probably the last thing they remembered, so they’re happy horses." His love for horses so deeply entrenched that he even wrote songs featuring them titled Ride Me Back Home and The Love of Horses. It's not the first track he's dedicated to horses, having released a track titled A Horse Called Music in 1989. The lyrics of the song goes..

High on a mountain in western Montana
A silhouette moves cross a cinnamon sky
Ridin’ along on a horse he called Music.

Actor Bo Derek is another celebrity who has been calling on Congress members to put an end to horse slaughter. Despite a ban on killing horses in the United States, more than 60,000 horses, both wild and domestic, were slaughtered for human consumption in 2019. Using a loophole, the horses are taken across the border to either Canada or Mexico, where they are slaughtered before being brought back to America for consumption. The actor has had 22 horses in the past but is down to five now. She has been pressurizing Congress members to act but has faced stiff opposition from lobbies. "Our politics is out of control. I found it obscene and vulgar the money that was spent on both sides of this issue for 60,000 horse carcasses. Why fight so hard to keep this practice going?" Bo Derek told Upworthy. She believes change is around the corner. "The one thing I did find while I was working in Washington is that when people write their congressman it really does make a difference," said Derek. "I've had congressman call me and say, 'Bo, please tell them to stop with the phone calls. Ok, you have our vote. Seen it happen many times and it works," added Derek.

The Safeguard American Food Exports (SAFE) Act of 2019, H.R. 961/S. 2006 calls for the permanent ban of horse slaughter and also prevents the export of horses. More than 80% of Americans support the bill. Americans primarily back the ban as a majority do not look at horses as a source of food unlike many countries like Mexico, Switzerland, Kazakhstan, Belgium, Japan, Germany, Indonesia, Poland, and China, where it's a delicacy.