trending celebrity people lifestyle news animals
Vile Man Shoots Wife And Mother-Of-Three In The Leg, And Burns Her Alive In The Street

Vile Man Shoots Wife And Mother-Of-Three In The Leg, And Burns Her Alive In The Street

The estranged husband was previously sentenced to 18 months in Jail, back in June 2020. 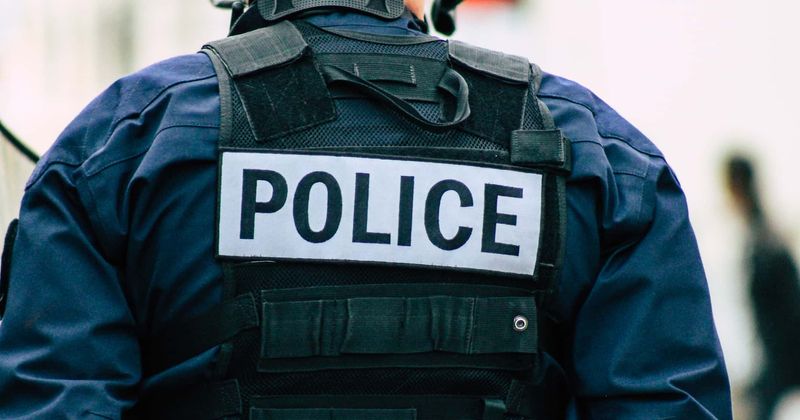 Trigger Warning: This story contains instances of abuse and murder that may be disturbing to readers.

A mother-of-three was brutally shot in the leg and burned alive in broad daylight, according to the French police. The gruesome attack took place on May 4, 2021, in the affluent Merignac neighborhood, near Bordeaux airport, in southwestern France, reports Daily Mail. The 31-year-old woman was shot multiple times while being chased by her 44-year-old estranged husband. One of the bullets hit her leg, which made her collapse on the street. Unsatisfied, the man then doused her in flammable liquid set her on fire, reports The Sun. Half an hour later, the man was arrested by the Anti-Crime Brigade (BAC) in the neighboring district of Pessac.

At the time of his arrest, he was armed with a pistol, a pellet gun, and a cartridge belt, the Bordeaux prosecutor's office said. The couple was separated and their children— aged three, seven, and 11—lived with their late mother. The man is suspected to have started a fire that damaged the woman's home, along with murdering her. Fortunately, the children were not at home at the time, the prosecutor's office said, adding that they are currently receiving trauma counseling. Local authorities have also set up counseling services for people who bore witness to the horrendous crime.

Quarantines are causing spikes in domestic abuse—in France, it's about a 30% increase. https://t.co/RCELdmSdct

Shockingly, this is not the first time the man has tried to attack his wife. In June 2020, the suspect was sentenced to 18 months in prison as part of an immediate appearance for willful violence by a spouse to the same victim, according to La Chaîne Info. "The respondent was unfavorably known to the police and the judicial authority," said public prosecutor Frédérique Porterie. "Separated from the victim, he was notably sentenced on June 25, 2020, by the Bordeaux Criminal Court to 18 months in prison, including nine months with a probationary suspension for two years."

Calls to domestic abuse helplines in France soared by 60% during the country's second lockdown, according to government figures. https://t.co/JYzpu6IRow

Since 2019, several protests have erupted all over France due to domestic violence and killings of women by their partners. That year alone 146 women reported killed by a spouse or partner, a 21-percent increase from 2018. These numbers make France one of the most dangerous countries in Europe for women, behind Northern Ireland and Germany. It is also believed that police officers allegedly turn away women who came to report domestic abuse by their spouses, according to campaigners. This led to a public outcry, and as a result, the government introduced the use of electronic bracelets to alert victims when their attackers are nearby. In 2020, the number of killings fell to 90.

Women in France rally against domestic abuse after 116 die in acts of violence, in 2019 pic.twitter.com/m2kCoaKsUQ

People squarely blamed the weak judicial system that failed to protect the victim. Danielle Strahorn Stiles wrote: What a pathetic judicial system  !! Sentenced to 18 months jail in June 2020 for another attack against his spouse, then released 9 months later on probation, where he immediately went and did this to her  !!! As usual, the law is more about protecting the perpetrators rather than the victims, because the judges sitting over these cases are so far removed from reality it’s pathetic!!! Those poor little children, & that poor woman who had to suffer so terribly because of her evil husband, & because the system failed her!

Domestic violence has been rising from day one of the COVID-19 pandemic. In China’s Hubei province "reports tripled." In France, domestic abuse up 36 per cent. In the UK, 25 per cent. "We have learned the recent mass killings in Nova Scotia began with a domestic assault." https://t.co/MGjB0POR4q