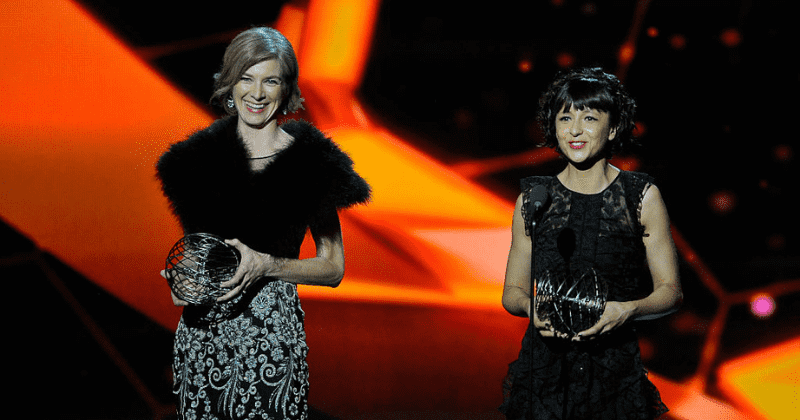 In a historic moment for science and the world, two women have won the Nobel Prize in Chemistry for the very first time for their work developing a method for genome editing. Professor Emmanuelle Charpentier and Professor Jennifer Doudna bagged the honors during the 2020 edition making the number of women to have won the prize in chemistry from five to seven. The two scientists will share the 10 million Swedish kronor ($1,126,347) cash prize equally after the discovery of "one of gene technology's sharpest tools" - the CRISPR/Cas9 genome editing technique, or "genetic scissors", Sky reports. In a statement explaining the work the scientists have done, the Nobel committee said: "Using these [scissors], researchers can change the DNA of animals, plants, and microorganisms with extremely high precision. This technology has had a revolutionary impact on the life sciences, is contributing to new cancer therapies, and may make the dream of curing inherited diseases come true."

BREAKING NEWS:
The 2020 #NobelPrize in Chemistry has been awarded to Emmanuelle Charpentier and Jennifer A. Doudna “for the development of a method for genome editing.” pic.twitter.com/CrsnEuSwGD

The award means that this is the first even time the Nobel Prize for chemistry has been awarded to two women during the same year in its 119-year history. The technique they have developed involved creating proteins that match the DNA code where a cut will be made. What this means is, researchers can insert, edit, or repair a gene such that the DNA doesn't recognize the change or damage but more as a legitimate edit to be replicated by the cell. Claes Gustafsson, Nobel Committee for Chemistry chair, said: "There is enormous power in this genetic tool, which affects us all. It has not only revolutionized basic science, but also resulted in innovative crops and will lead to ground-breaking new medical treatments."

JUST IN: Two women share the 2020 Nobel chemistry prize for work in genome editing, a technique described as "rewriting the code of life." https://t.co/wPzKbrhwGy

According to Professor Charpentier, the discovery happened completely unexpectedly when she was studying the bacteria Streptococcus pyogenes. She found that a previously unknown molecule, tracrRNA, in the bacteria and discovered that this molecule was part of an ancient immune system, CRISPR/Cas, that disarms viruses by cleaving their DNA. The committee added: "Charpentier published her discovery in 2011. The same year, she initiated a collaboration with Jennifer Doudna, an experienced biochemist with vast knowledge of RNA. Together, they succeeded in recreating the bacteria's genetic scissors in a test tube and simplifying the scissors' molecular components so they were easier to use."

This is fantastic news! Congratulations to both Emmanuelle Charpentier and Jennifer A. Doudna #NobelPrize pic.twitter.com/xYY5dZCEI0

The committee continued: "In an epoch-making experiment, they then reprogrammed the genetic scissors. In their natural form, the scissors recognize DNA from viruses, but Charpentier and Doudna proved that they could be controlled so that they can cut any DNA molecule at a predetermined site. Where the DNA is cut it is then easy to rewrite the code of life." These genetic scissors, initially discovered in 2012, have contributed towards a wide range of research including generating crops that could withstand pests, mold, and drought. The tool has also been seen in the world of medicine as well, with clinical trials of new cancer therapies currently under way, while the dream of being able to "cure inherited diseases is about to come true" the citation concluded.

The 2020 Nobel Prize in Chemistry was awarded to two researchers who developed new techniques of genome editing — Emmanuelle Charpentier of France, and Jennifer Doudna of the U.S.https://t.co/IaKpUwO2zm

People on social media were rightly excited by the announcement with plenty lauding the duo for their amazing work. "Amazing. Well deserved, what remarkable technology. When we become extremely-adapt at using it, it should-transform our entire-approach to disease across the boards," a user name AllInOne wrote. "Congratulations, Dr. Doudna, I still remember the day three years ago you came to HKU and gave us a impressive speech," a student named Benjamin Lee who had seen one of the winners give a speech at his university. Ceron Lab added: "Congrats to the winners but #NobelPrize for developing a method based on a key biological observation from #Mojica. Excluding Mojica of this prize is an aggression to basic science."

"This is a first for the chemistry prize – or any Nobel prize we believe. Two women have never been the sole nominees on a prize." https://t.co/d7sae0kFJ3 #WomenInSTEM #womeninscience #womeninresearch #WomeninAcademia pic.twitter.com/nX0Mm3HaCm