The mother had gone out of the house to put out the fire on a pillow that the twins were playing with when she got locked out. 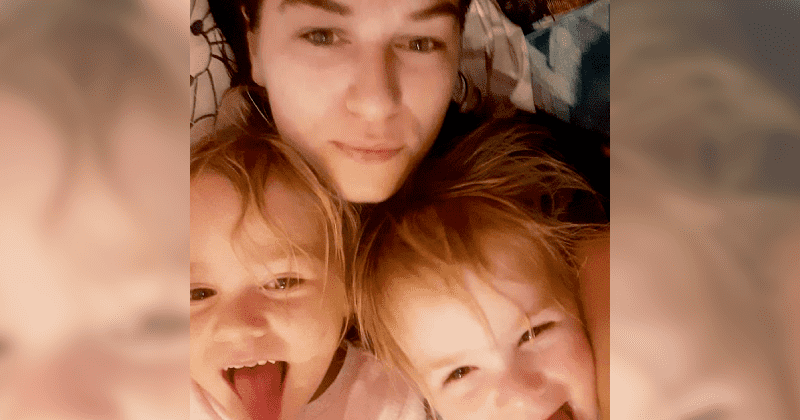 A young Mom of 3-year-old twins could do nothing but watch on in horror as her two children got engulfed by large flames inside their home. The identical twins were found holding hands even in death. Tanyka Ford, 29, saw the twins, Aisha and Lailani, playing with a burning pillow by a log fire at their home in Batlow, New South Wales, Australia. She intervened immediately, taking the pillow away from them to take it outside to put out the fire. As she looked to come back inside the home, she realized the 3-year-old twins had playfully locked the door behind her. That's when Tanyka Ford realized that the pillow wasn't the only thing that had caught on fire. Tanyka Ford desperately tried to make her way into the home as she watched the flames spread throughout their home, reported The Daily Mail. Tanyka was screaming at the twins to unlock the door.

The neighbors, on hearing the commotion, joined Ford in trying to break into the house. In less than four minutes, the flames had reached 13-feet high and engulfed their home.  Tanyka broke windows but couldn't make it inside the home. Her 5-year-old son Dominic, who was outside with her, cried for help but to no avail.  The emergency services arrived at the scene and forced their way through the front door but it was too late. The girls were found holding hands. They were unconscious and their "heads were flopping." The emergency workers tried to revive the girls but to no avail. Smoke inhalation appears to be the cause of their deaths. Geoffrey, the father of the twin girl, was "beside himself" with grief and couldn't make the trip to the hospital to identify their bodies.

"The girls couldn't speak, they had their own special language, they adored each other, they were found in the front room huddled holding each other's hand," said the twins' aunt, 39-year-old Tammy Dubois. "Tanyka is covered in cuts and scratches from trying to break through windows to get to the girls. She loved those girls, her eyes are red raw from crying." She described the twins as a couple of wild, little Tomboys. Tanyka's sister, Jazmyne Ford said the pair were inseparable. “If you gave one a cookie, they would share it with the other one,” recalled Jazmyne, reported TA Times. Aisha and Lailani were identical and the only way to identify them was by a small scar on one of the girls. She said they might look alike but had distinct personalities. “Aisha Lee Dubois was the daredevil, always the first to do something new and daring. Lailani Michelle Dubois was the quieter of the 2,” said Jazmyne.

"You were born little fighters, were always together and were loved by so many! My only comfort is you have poppy up there with you to look after you. We will never ever forget you and your cheekiness and mischief," wrote Jazmyne Ford in Memoriam. “It’s a particularly horrific incident, they’re two little girls… It’s just devastatingly sad,” said Riverina Police Superintendent Bob Noble. “You can only… imagine what they’re going through and their broader family as well, obviously, is struggling.” He added that the Strike Force Edmonson will be investigating the incident and said that "it's not impossible that the door was unlocked." He said they would be "looking at everything."

The twins' uncle, Levi Ford, has set up a GoFundMe page in their name to raise donations to help the family. "My sister tragically lost her 3-year-old twin Daughters Aisha and Lailani in a house fire, which claimed not only the lives of these 2 young children but also their home and belongings," wrote Ford. "Her son has lost all his belongings including toys and clothing. I know how tough times are right now, I’m making a go fund me to help with clothing, food and other items that may be needed to help her get back on her feet," he continued. The GoFundMe page has already raised over $10,000.