Congress members including Republicans reminded the President that he didn't have any power to delay the elections. 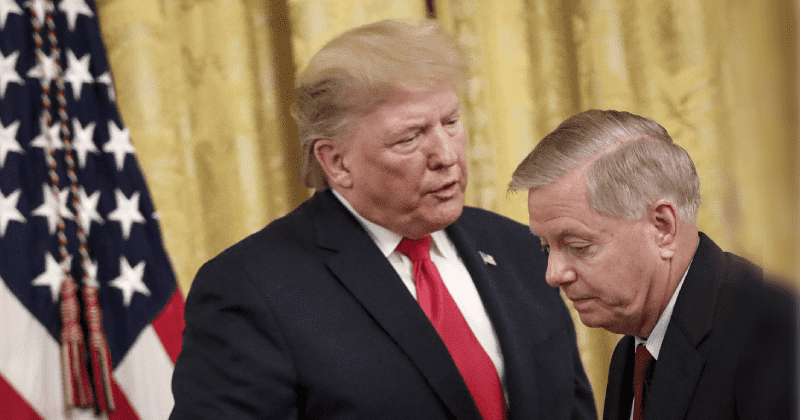 With Donald Trump's poll numbers falling and the economy tanking, the President is desperate is stave off immediate elections. Republicans, who rarely cross Donald Trump, objected to the President's idea of postponing elections. The omens are not good for Trump with less than four months to go for the Presidential elections. Trump hinted at postponing the election after pointing to unfounded claims that the elections would be fraudulent if mail-in voting was used to cast votes. Mail-in voting seems increasingly likely and possibly the safest way to vote considering the coronavirus outbreak. On Thursday, he tweeted: With Universal Mail-In Voting (not Absentee Voting, which is good), 2020 will be the most INACCURATE & FRAUDULENT Election in history. It will be a great embarrassment to the USA. Delay the Election until people can properly, securely, and safely vote???

Trump has been claiming that voting by mail is fraudulent, without backing it up with any evidence. In a move that possibly surprised Trump, Republicans voiced their opposition to Trump's idea of postponing November's Presidential elections, and they did so publicly. Prominent Republicans in the House and Senate objected to Trump's idea. Many congresspersons also reminded Trump that he didn't have the power to postpone elections. The constitution gives Congress the sole power to decide the date of the elections.

Let’s be clear: Trump does not have the ability to delay the election. Our elections are enshrined in the Constitution. The Constitution also says that if the date of the election is to be changed, it must be changed by Congress. https://t.co/WzVgBQqdSo

Senate Judiciary Chairman Lindsey Graham, a South Carolina Republican, commented, "I don't think that's a particularly good idea." Senate Majority Leader Mitch McConnell also agreed with Lindsey Graham on the issue, reported CNN. "Never in the history of the country, through wars, depressions, and the Civil War, have we ever not had a federally-scheduled election on time. We'll find a way to do that again this November 3rd," said the majority leader in an interview with WNKY. Mitch McConnell and Lindsey Graham are strong allies of Donald Trump, which makes their rejection even more painful for the President.

Over the past 20 years there’s been .00006% cases of fraud in all mail-in ballots cast in presidential elections. Trump wants to delay the election because he knows he has a .00006% chance of winning.

Majority Whip Senator John Thune passed of Donald Trump's tweet as a joke. "I think that's probably a statement that gets some press attention, but I doubt it gets any serious traction. I think we've had elections every November since about 1788, and I expect that will be the case again this year," said Thune. Trump, who has himself voted using absentee voting, keeps pointing out a 'distinction' between mail-in voting and absentee voting when there actually is no difference between the two.

“The Congress may determine the Time of choosing the Electors, and the Day on which they shall give their Votes; which Day shall be the same throughout the United States.” https://t.co/NIaa7mQVnn

House GOP leader Kevin McCarthy dismissed the idea of delaying elections but said he supported Trump's concerns over voting fraud. McCarthy, like Trump, didn't provide any evidence to back his claim. "Never in the history of federal elections have we ever not held an election and we should go forward with our election. No way should we ever not hold our election on the day that we have it," said McCarthy. Ted Cruz echoed McCarthy's stand. "Election fraud is a serious problem we need to stop it and fight it, but no the election should not be delayed," said Cruz.

Trump's repeated claims of the elections being fraudulent raises long-standing suspicion that Trump and his supporters might not accept election results. Earlier this month, Trump has hinted he won't accept the results of the 2020 Presidential elections if he loses. In an interview with Fox News' Chris Wallace, Trump said he will "have to see" what happens with mail-in voting, hinting that the election would be rigged, reported Fox News. When asked if he was a "gracious" loser, Trump said, "it depends." It's characteristic of authoritarians to delegitimize the process of the elections and take law and order into their hands to enforce their will. Donald Trump has time and again claimed he is being targeted by 'deep state,' a fictional secret group, that's allegedly trying to topple his government. Trump along with Fox News and other far-right websites have been guilty of pushing this propaganda since his inauguration as President.

You know who threatens to delay elections? Dictators. https://t.co/sIH7bUrRQ0