Kiana Parker sued the 30-year-old on Tuesday for assault, battery, and intentional infliction of emotional distress. 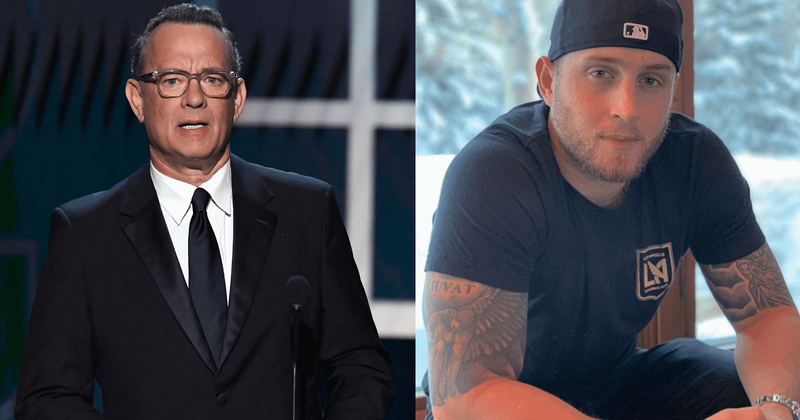 Chet Hanks, the son of actor Tom Hanks, is facing a lawsuit for $1 million after his ex-girlfriend alleged he physically abused her. Kiana Parker sued the 30-year-old on Tuesday for assault, battery, and intentional infliction of emotional distress, PEOPLE reports. The news comes over a month after Chet's own lawsuit where he accused Parker of assault, theft, battery, and conversion. Marty Singer, the actor's lawyer, issued a statement to The Daily Beast and said: " "We consider the claims filed by Kiana Parker to be a shakedown… Her claims are completely false, fabricated and fictional." Parker's lawyer, Kevin Murray, and D'Angelo Lowe, on the other hand, held a press conference in front of Fort Bend County Justice Center in Richmond, Texas and said Chet was a "clear and present danger" to their client.

Amid the launch of his “White Boy Summer,” Chet Hanks was sued by ex-girlfriend Kianna Parker, who accuses him of physical and emotional abuse https://t.co/yqNPzHUfF6

"This is about violence within the confines of a relationship between a man and a woman, a man who mentally and physically and psychologically battered Kiana Parker," Murray said. According to an affidavit obtained by PEOPLE, Parker accused Chet of being physically violent with her on multiple occasions, while also being verbally abusive. In one of the alleged abusive episodes from October 2020, Parker shared that the couple were in New Orleans when the actor was on call for Showtime's Your Honor and the two had an argument which where Chet allegedly "grabbed me by the wrist forcefully pulled me into him telling me we were going back to the [hotel] room."

Actor Tom Hanks' son, Chet Hanks, is being sued for $1 million by his ex-girlfriend for an alleged assault.​ https://t.co/QKUtdiu4ew

Parker claimed Chet "became aggressive and hostile" over the earlier incident when they went to their hotel room and he allegedly "started harassing me verbally and forcefully shoving me." She also stated that Chet refused to let her leave the room and even "threw a bottle" at her. She said he "began to grab me and drag me away from the door." Recalling another incident from December 2020, Parker said Chet threatened to shoot her at their shared home in Sugar Land, Texas. In the lawsuit, Parker said her twin sons were in the house when the event transpired and she reportedly took them to her mother's home fearing for their safety. She even admitted to hiding the actor's gun to cut off his access to it.

The mother-of-two even said Chet became "verbally abusive and threatening" when she asked him to break up. Reportedly, when they split, Parker left the house, packed up a few things, and stayed at a hotel. Several days after this incident, on January 8, when Parker returned to pack up her belongings, Chet allegedly became "extremely aggressive" and even picked up a knife and came towards her when she was in the kitchen, but escaped after she "picked up a pot and swung it in the air in front of me." Chet allegedly "kicked Parker's legs and caused her to fall as he dragged her across the pavement," when she was getting away from him.

Less than a week later, Parker was granted a protective order against the actor on January 14, the court documents said. Speaking during the press conference, Parker's lawyer Lowe expressed the grave danger if a Black man had committed these acts. "If this were a Black man that committed these same violent acts towards a white woman or a Black woman, for that matter, Chet Hanks would've been charged right now. Instead, he has not been charged and has made a mockery of Black women in the criminal justice system by proclaiming that it's going to be a 'white boy summer' and a 'Black queen summer' while knowing he mentally and physically abused a Black queen. We want justice for Kianna Parker."

In his lawsuit, Chet caused Parker of stealing money from him to pay for her travel expenses as well as that of her friend, totaling up to $5,000. Offering his version of events that took place on January 8, Chet alleged Parker arrived at the home with "three menacing large men," and that one of them "showed that he had a gun." He said Parker walked toward him "holding a pot and a knife" and "smashed [him] over the face with the pot and cut him with the knife."

Why Chet gotta be like that!?! Come on Chet. Also, news media how about frame it Chet Hanks being sued for 1 million for assault, then in the story indicate he is Tom Hank's son. Leave Tom outta this!