Tina Turner, 81, Bids Farewell To Her Fans In Emotional Documentary Amid Health Crisis

The HBO documentary 'TINA' focuses on the iconic singer's life and illustrious career. 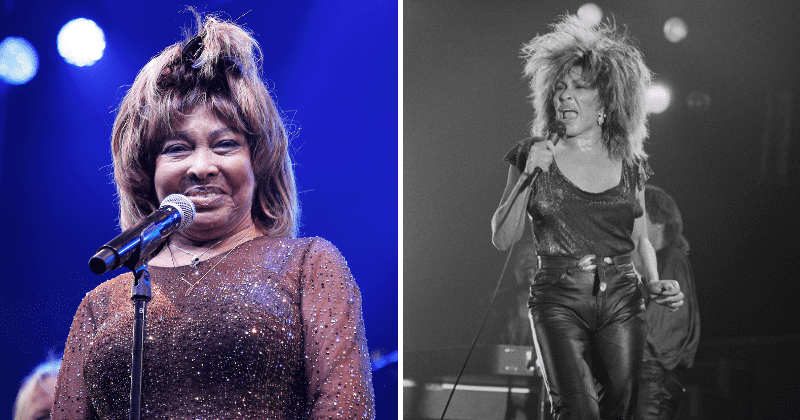 Let's face it: Tina Turner is one of the most iconic singers in music history. Her vocals, her performances, and even her hairstyles stood out like no other musician in her time. But there's so much more to the legendary artist. An HBO documentary delved deep into the singer's life and lengthy career. According to TINA's official synopsis, it reads: With a wealth of never-before-seen footage, audiotapes, personal photos, and new interviews, including with the singer herself, TINA presents an unvarnished and dynamic account of the life and career of music icon Tina Turner.  Everything changed when Tina began telling her story, a story of trauma and survival, that gave way to rebirth as the record-breaking queen of rock 'n' roll. But behind closed doors, the singer struggled with the survivor narrative that meant her past was never fully behind her. Directed by Dan Lindsay and T.J. Martin, the documentary charts Tina Turner's early fame, the private and public personal and professional struggles, and her return to the world stage as a global phenomenon in the 1980s. Angela Bassett, Oprah Winfrey, journalist Kurt Loder, playwright Katori Hall and Tina's husband Erwin Bach are among the interviews in the intimate documentary.

The documentary interviews Tina in her hometown of Zurich, Switzerland, and fans will be able to see new footage, audiotapes, personal photos of the queen of rock 'n' roll. In the feature-length documentary, the now 81-year-old reflects on her life which was far from easy. "Look what I have done in this lifetime with this body of a girl from a cotton field that proved myself above what was not taught to me." She eventually found superstardom and even true love but the road was filled with ups and downs. The documentary touches upon her rocky childhood to her divorce and "comeback." "I had an abusive life," she said in the clip, referring to her marriage to former husband Ike Turner, reports PEOPLE. "There's no other way to tell the story. Buddhism was a way out."

"I started really seeing that I had to make a change. Divorce, I got nothing. No money, no house. So I said, I'll just take my name," she said of her name. Her performances across the years are also seen throughout the trailer. And each was more electrifying than the next.  "When I saw her dance, she was all I could look at," said one interviewee. "Her story reached so many people who felt like they had to keep their secrets locked away down," shared another. "It's like the worst moments of your life have been an inspiration," said a third, profoundly.

Some of the many struggles she had to face also had a lot to do with her health. In her memoir My Love Story, Turner revealed that she suffered a stroke in 2013, and three years later she was diagnosed with intestinal cancer. With time her health worsened and she faced total kidney failure. Her husband and longtime partner Erwin Bach donated a kidney for an operation in April 2017.

Her love life was previously turbulent where she suffered domestic abuse at the hands of her first husband, Ike Turner. Turner and Bach, 65, first started dating in 1986, 10 years after leaving her abusive first husband. In her book, Happiness Becomes You: A Guide to Changing Your Life for Good, she writes how Erwin Bach, whom she lives with in Zürich, helped her learn how "to love without giving up who I am." "We grant each other freedom and space to be individuals at the same time we are a couple," Turner writes in the book. "Erwin, who is a force of nature in his own right, has never been the least bit intimidated by my career, my talents, or my fame. He shows me that true love doesn't require the dimming of my light so that he can shine. On the contrary, we are the light of each other's lives, and we want to shine as bright as we can, together."

Tina is set to be released by HBO on March 27.