Tim Ballard Is A Real-Life Superhero Who Has Rescued More Than 1,600 Kids From Sex Trafficking 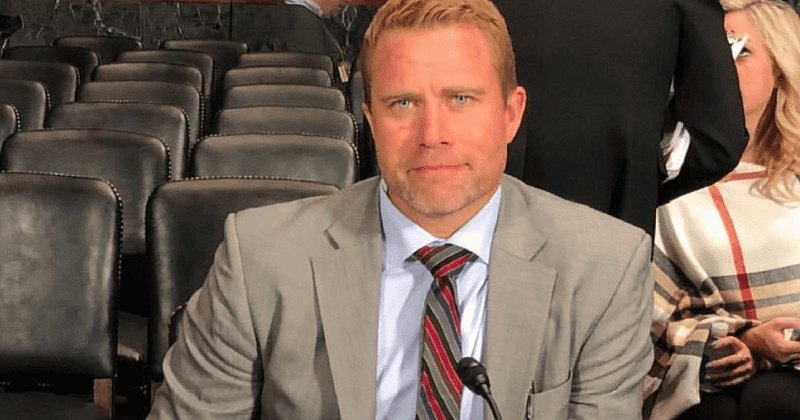 Tim Ballard, a former agent with the Department of Homeland Security, has dedicated his life to saving kids from sex trafficking. The man from Utah now runs a non-profit organization that has helped save more than 16,000 kids from slavery. Child sex trafficking is one of the growing issues in America.  “The harsh reality is that every 40 seconds a child is abducted in the United States,” said US Marshals Service Director Donald Washington recently. "Human trafficking is the fastest-growing criminal enterprise on the planet, with millions of child victims stuck in its clutches. I spent over 12 years working as a special agent/undercover operator for Homeland Security Investigations in the Child Crimes/Child Trafficking unit. The US is one of the highest, if not the highest, consumers of child sex. As such, traffickers know they will become very wealthy by getting their enslaved children into our country," said Ballard, according to a White House statement.

Tim Ballard, the father of nine children, learned about the gravity of the issue in the mid-2000s when he was asked to start the Department of Homeland Security’s child crimes unit. He often posed as a sex tourist to bust sex trafficking operations. He found the job was very stressful and it consumed him. Ballard said he had learned to act "like a pedophile or talk like a trafficker or a purveyor of child sex tourism—whatever I needed to do”, and he began to “infiltrate different organizations in horrible places in Mexico and Colombia.” He knows it's important not to break character during these missions. Ballard has also said he just wants to kill the traffickers. “I have those feelings, and I think, ‘if I mess up now, these guys might not end up for the rest of their lives in jail.’ And that’s the thing that keeps me going,” said Ballard.

“The US government didn’t realize what it was doing to me. They were basically destroying my soul, not only because I was being exposed to things—and we have regular checkups with mental health professionals — but the part that was the worst for me was I would go down and find the kids, and I couldn’t believe how vast it was," said Ballard, reported ScaryMommy. "I couldn’t believe how big it was. It was at this time we started getting the numbers, and it was in well in the millions of children.”

Operation Underground Railroad (O.U.R), Ballard's non-profit organization aims at busting child sex trafficking operations and rescue children. He decided to start O.U.R. after a 3-year-old boy named Gardy, the son of a Haitian pastor Guesno Mardy, had been kidnapped by an employee of the church and sold to traffickers. He couldn't make it a case in the US, and he felt helpless working within the government structure. He launched Operation Underground Railroad in 2013. The Ops team of the organization consists of 25 full-time workers and 100 contractors that include former CIA, past and current law enforcement, and highly skilled operatives.

Ballard also serves as co-chair of the Public-Private Partnership Advisory Council to End Human Trafficking under the administration of President Donald Trump. His mission in life is to end human trafficking and help victims to receive the care they need to heal. Human trafficking has become a 153- billion-dollar industry, according to O.U.R. “It’s now rivaling the drug trade because you can sell a pound of cocaine one time. You can sell a child 10, 20, 30 times within a 24-hour cycle and that’s not an exaggeration,” said Ballard. The daily fight against trafficking can be exhausting mentally and he's contemplated quitting a few times but it's his wife, Katherine, who pushes him to continue saving lives. “She would stop me from throwing in the towel in those moments, and she would remind me, ‘As hard as this is, imagine how hard it is for the kids,’” said Ballard.