trending celebrity people lifestyle news animals
Woman Loses 127 Lbs During Pandemic: “I Wanted To Be Here For My Husband And My Daughter"

Woman Loses 127 Lbs During Pandemic: “I Wanted To Be Here For My Husband And My Daughter" 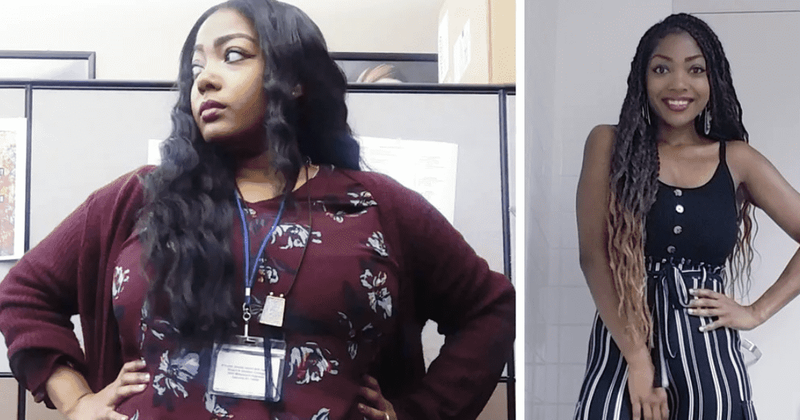 Brianna Oyewo, 33, of Buffalo, New York, knew she had to do something about her weight when the pandemic hit. She weighed 281 pounds. "You're hearing all this stuff on the news about COVID and how if you're obese, it sets you at greater risk for serious illness. I was concerned about my life and the life of my daughter. I didn't want to die an early death because I couldn't put the pizza down. I wanted to be here for my husband and my daughter," Oyewo told PEOPLE.  She added, "I wasn't just thinking about myself this time," she says. "I was thinking about my daughter, I was thinking about my husband, and how I wanted to be around for them."

As a school kid, she was bullied for her weight. She was 224 lbs by the time she was a high school senior. She told Good Morning America, "I ate when I was happy. I ate when I was bored. I ate when I was excited. I ate when I was anxious and overwhelmed. It just felt like I had an insatiable appetite." Prior to the pandemic, Oyewo didn't even think about what she was eating which was a lot of junk and snacks. "Work was the place that I ate the most. We had a restaurant right inside of our building and it was just me snacking all day long," she said. She cut them out of her diet first while beginning to exercise from videos on YouTube. "I just removed the things from my diet that I knew were holding me back. So I cut out the carbs, potatoes, pasta, rice, bread, fried foods," she said. She substituted all this with a plant-based diet.

What helped her a lot in her weight loss goal was working from home. "I feel like being home and not having access to those snacks, being too ashamed really embarrassed to just sit there and overeat like that all day in front my daughter in front of my husband, really, really helped me," she said. Her weight became a serious issue during her first and second trimesters according to PEOPLE. "I went from 264 lbs. to 230, and made several trips to the hospital. I had to get a bunch of fluids because I would be so dehydrated from not being able to hold any food or liquids down," she said. After those first few months, she became okay again and ate as if for compensating for all those months with a vengeance. "I ate like food owed me something. I ate a lot," she said.

Oyewo added, "I went from the 230 pounds to 281 pounds by the time it was all over." Being at home gave the employment counselor more time with her family and for herself. She thought a lot about self-care. "Life slowed down a bit for me. I was working remotely and I didn't have to worry about that commute. I had a lot more time to just practice self-care, so I would take my daughter for strolls around the neighborhood and spend time journaling and listening to motivational podcasts. That really encouraged me and uplifted me. I felt like as my mind was being renewed, as I was taking better care of myself in those ways, then it was easier to start eating healthier and exercising," she said. She started doing 20-minute dance cardio and HIIT workouts while eating healthy. "I liked that they were fun and didn't feel like I was working out," she said.

There were initial ups and downs but she didn't get discouraged. "There were points where I gained a little bit of weight, but I learned not to get discouraged by that. In the past, if I saw the scale moving up, I would've become so discouraged and stopped. But this time I just wanted to be healthy and have more energy and have less anxiety in the middle of the pandemic." Oyewo is now 127 lbs., and has developed a love for working out to the extent that she is now a certified trainer with her own clients.