trending celebrity people lifestyle news animals
Woman Celebrates The 1st Anniversary Of Being Married To A Tree: "It's Given Me A New Purpose"

Woman Celebrates The 1st Anniversary Of Being Married To A Tree: "It's Given Me A New Purpose"

The 38-year-old said she immediately knew that this special tree was 'the one' and visits her husband up to five times a week. 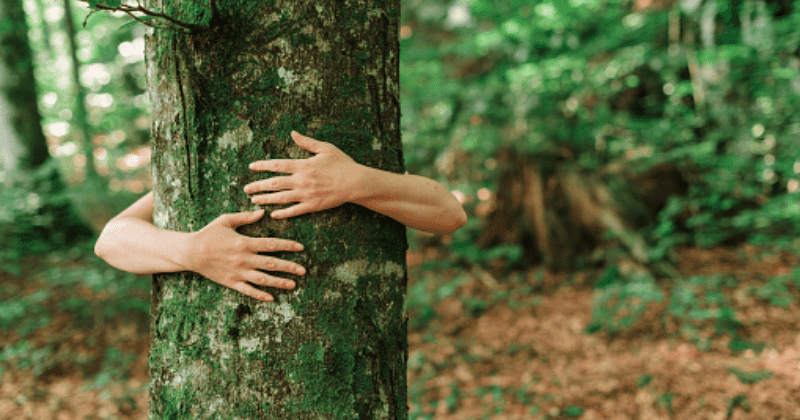 A woman from Liverpool, UK is celebrating the first anniversary of her marriage to a tree. She says that this occasion has brought her a new purpose in life. 38-year-old Kate Cunningham actually changed her name to Elder after this uncommon union and said that this wedding is the best decision she has ever made. She has absolutely no regrets and "lives" with her "hubby" at Rimrose Valley County Park in Sefton, Merseyside, reports the Liverpool Echo.

🎥WATCH: ‘May I now pronounce you tree and wife’🌳

This is the moment Kate Cunningham married an elder tree at Rimrose Valley Country Park in #Liverpool.

We spoke to her and #Bootle MP @Peter_Dowd about the campaign to stop a motorway being built through a local meadow... pic.twitter.com/OSkNR1NeFn

Meanwhile, Kate has a human boyfriend, as well as two kids, while being married to her tree husband. According to Republic World, she celebrated this anniversary with two friends and some elderflower champagne at home. "My boyfriend is very supportive of my decision and has even helped me make props for the wedding. My oldest son was initially embarrassed when I told him I was going to marry a tree, but now he has decided to come to the ceremony. It means a lot to him to be there. My dad has been very supportive. He's been out in his van helping to organize everything for the big day.”

34-year-old woman and mother of two, Kate Cunningham, an environmentalist has 'married' a tree located at Rimrose Valley Park, Merseyside, England in a bid to reflect how far a human can go to protect the life of a tree. pic.twitter.com/aAVonh15dY

The 38-year-old said she immediately knew that this special tree was 'the one' and visits her husband up to five times a week. Kate explained: "I think getting married was one of the best decisions I have ever made. Not once have I thought that I shouldn't have done it. It's something that I feel like happened at the right time. Despite causing a little bit of embarrassment for my 15-year-old, he sees the bigger picture now and understands what it's for. It's something which has made me feel a bit more confident about myself. I don't care about what anyone else says. Marrying the tree has given me a new purpose."

Tree and wife... Congratulations to Kate Elder (was Cunningham) who has married a tree in Rimrose Country Park today(📸 @Peter_Dowd) pic.twitter.com/vLWvQudAcm

We wanted to know exactly why Kate decided to marry this tree. She was apparently inspired by female activists in Mexico, who held similar ceremonies as a form of protest to raise awareness on illegal logging and land clearing. The mother from Merseyside hopes that this marriage would attract attention likewise to the activists for a campaign that she is taking part in. This campaign is dedicated to saving Rimrose Valley County Park from being transformed into a bypass by Highways England. It takes hundreds if not thousands of years for forests to develop and barely a matter of weeks to clear them down.

38 years old Kate Cunningham, in UK, got married to a tree last year.
Today is her one wedding anniversary.
She has called for an annual ‘Marry A Tree Day’ and encouraged more Brits to wed their local shrub. pic.twitter.com/f79dL5DxOV

This new dual carriageway that Highways England has planned would devastate the park and create traffic-related noise and pollution, alarming the residents of the nearby areas. The proposed work to clear the trees and build the bypass was supposed to start in spring 2020 but had been delayed due to the COVID-19 pandemic. Previously, at a consultation two years ago, the committee stated that they refuse to find alternative routes and were adamant about clearing the land for the bypass. This has made Kate and several others motivated to protect the trees that have given them so much, including a husband as we now discovered.

A #Merseyside resident who opposes government plans to build a road through Rimrose Valley Country Park will marry a tree later.

Kate Cunningham will be changing her surname to ‘Elder’ which is the type of tree she will marry. 🌳 pic.twitter.com/tgTBKnthbS

She said: "One day I was looking around tree hunting. I was like 'oh yea nice, nice, nice' as I looked at the oaks, but as soon as I saw the Elder, I thought 'that's the one'. It doesn't look like anything else around. I walked around it for a few hours because the park is so big. It's very diverse with lots of different areas. This one stood alone amongst the tree. I just feel like trees are people. Sometimes you just know. You know if you feel attracted to someone or smile at them as you walk past, there's just a natural attraction."

A woman from #Merseyside has married a tree in her local country park.

Kate Elder (formerly Cunningham) is campaigning against plans to build a dual carriageway through Rimrose Valley which @HighwaysEngland says will relieve future traffic in the area. https://t.co/KTVQ5N0SGs