More than 45 homeless sleepers have been lodging at the Fownes Hotel in Worcester since the lockdown restrictions were put in place in March. 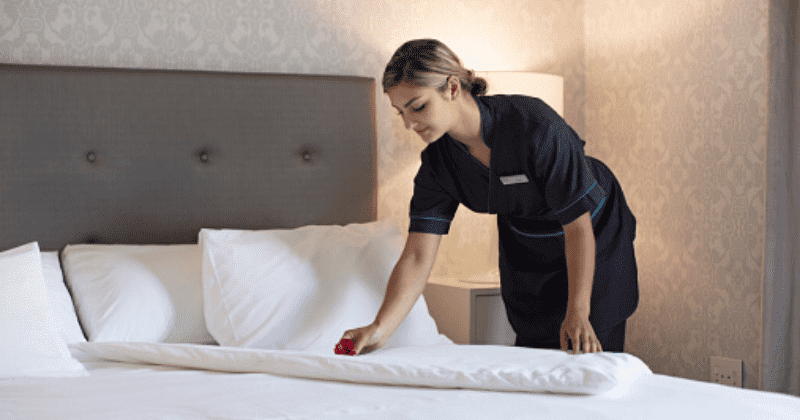 One of the more obvious sectors of public life that came under disruption due to COVID-19 was the hotel and tourism industry. However, in certain places of the country and world, several hospitality centers have remained open so they could offer up their rooms to homeless people for free. In a heartwarming show of gratitude, the guests have been doing odd jobs around the hotel, including gardening, cleaning the rooms, and building new brick walls and patios.

The Fownes Hotel in upmarket Worcester, England has had over 45 people from the homeless community that has been staying since the pandemic restrictions were put in place in March. The hotel has up to 60 rooms for guests, and they usually charge their guests around £155 ($200) per night. They amazingly opted to stay open to provide shelter to people living on the streets, Stourbridge News reports. Each guest in the hotel has their own room with all the en suite facilities. The staff perform 'daily deep cleans' several times a day, including door handles, handrails, and lift buttons.

Eddie Boult, one such person who was previously homeless but got to find boarding and lodging at the hotel helped them build a wall and patio. Boult, who is a former bricklayer himself said: “I did it because I was bored but also as a thank you to the staff. They’ve really looked after me." Fellow guest 48-year-old Peter Swinbourne, who has been homeless for 25 years, said that the staff’s kindness “saved” him. “I have never slept in a double bed before,” he said. “I’m happy here—this is a five-star hotel putting up homeless people.” Yet another guest, 55-year-old Terence Marriott who has been staying at the hotel for six weeks said: “I have been well looked after. It has been excellent. “The food is also excellent,” he added. “I feel a lot healthier than when I came in.

The Fownes Hotel has also teamed up with a homeless charity in the city. They have been hosting many workshops on how to manage the guests' various addictions, seek benefits, and even secure future accommodation for them once the pandemic is over. There is no alcohol being permitted on the hotel grounds. “Our new guests have been lovely and grateful for the support they had been given and treat their rooms with respect,” said assistant manager Julie Merrick. “We stayed open simply because we wanted to help.”

Rough sleepers at Fownes Hotel should not be back on the streets 'too soon' https://t.co/ILFYZn2XZ1

According to Worcester News, the entire management team of the hotel has been maintained by an emergency skeleton crew of just 11 people as 15 of the staff have been furloughed. Over the course of the pandemic, Ms. Merrick, a mother-of-two estimated that she has worked double her usual hours. “We’re the only hotel in Worcester doing this. Everybody else closed their doors,” she said. “My staff are very brave. They have gone above their job role, absolutely. It has brought us all closer together as a team."

Great hotel, we stayed here many times before moving to Worcester.

This is not the first time that the hotel has helped people in need. They also previously housed 30 people who were forced to leave their homes during the regional flooding back in February. The hospital staff has been offered PPE including gloves, face masks, and aprons but the management has not reported even a single case of COVID-19 so far. Restaurant employees at the hotel have still been working seven days a week in order to provide three-course meals to their guests. These meals are delivered directly to their hotel rooms in disposable containers to reduce any risk of viral transmission.