trending celebrity people lifestyle news animals
This 66-Year-Old Man Has 16 Wives And 151 Children, But Still Wants To Grow His Family

This 66-Year-Old Man Has 16 Wives And 151 Children, But Still Wants To Grow His Family 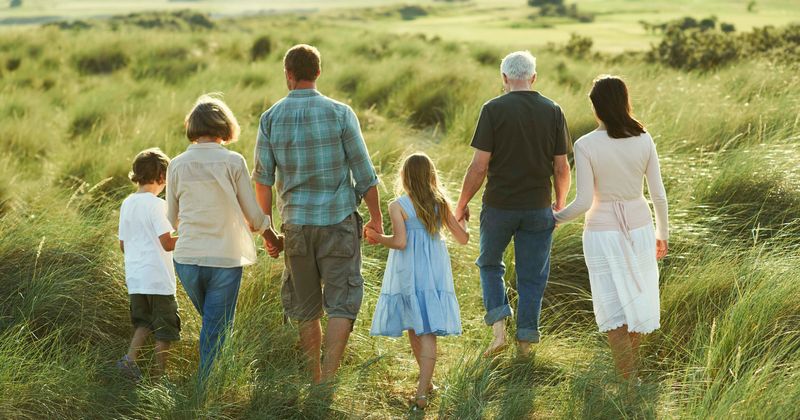 Misheck Nyandoro, 66, from Zimbabwe is husband to 16 women, and a father to 151 children. However, the man is doing everything he can to grow his family. Nyandoro isn't employed, and claims that his full time job is "satisfying his wives" who cook, clean, and cater to his every desire.  He hopes to have 100 wives and 1,000 children before he dies, and he's now gearing up to marry his 17th wife. According to Daily Mail, to keep his family growing, the man has sex four times a night! Unfortunately, he says he has to keep marrying younger women because his older wives cannot keep up with his raging hormones.

So this is Misheck Nyandoro. He has 16 wives and 151 children. He will soon marry his 17th wife and two of his other wives are pregnant.

He hopes to have over 100 wives and up to 1000 children by the time he dies😂 pic.twitter.com/nFPxaFysxb

Apparently, not having a job to give birth to so many children is paying off as his offsprings are now showering him with gifts.  Nyandoro, from Mbire District, Mashonaland Central Province, reveals that the four-times-a-night sex marathon happens with four of his wives every night. "I go to the bedrooms that I have on my schedule. I then satisfy my wife and move onto the next room. This is my job. I have no other job. I alter my behavior in the bedroom to suit the age of each of my wives. I don't act the same with the young ones as I do with the older ones."

A Zimbabwean man from Mbire, Misheck Nyandoro, has fathered 151 children with 16 wives & he is still counting
Mr Nyandoro has said POLYGAMY is a project that he undertaken since 1983 & he will stop marrying & fathering children the day death visits, him.@Chekkenyenye @OpenParlyZw pic.twitter.com/12eCPjB4ez

The man reportedly became a polygamist in 1983 and said he does not plan to stop the "project [reproducing]" until he dies. What's fascinating is that all his wives are happy with their lives and at least two of them are pregnant with his children. 150 kids seem like a financial strain, doesn't it? Surprisingly, Nyandoro has only benefitted from his giant family. "My children spoil me. I'm constantly receiving gifts and cash from them and my step-sons," he said. The main source of income for the family comes from farming, and at least 50 of his kids are in school in Mbire, Harare, Mutare and Guruve.

Six work for the Zimbabwe National Army, two in the police force, 11 others are employed in different professions, and 13 of his daughters have been married off. Two wives are currently pregnant, and at least 23 of his sons are married. One of them is following his father’s footsteps, and has a total of four wives. You'd think it'd be a hassle to manage such a huge family but it seems like Nyandoro is really living his life to the fullest, with his wives fussing over him and meeting all his demands. "'Every one of my wives cooks for me daily but the rule is that I only eat delicious food, anything I feel is below standard gets thrown away."

How is this any meaningful development to the society, why have so many when you cant meet their needs.
Africa just bent on setting irrelevant records

"They know the rules and they have promised not to get angry when I send their food back. Anything sent back should be a lesson that helps them improve," he said. His last marriage was in 2015 after he was forced to take a break from marriages due to the poor economic situation in the country. However, he is back to getting married in 2021. As expected, people had mixed opinions about this lifestyle with one commenting, "There is no reason to have that many children when so many are starving. There are too many people as it is, especially in Africa. At least it seems his family is taken care of." Another shared: "Have more children as u like as long u can provide for them everything they need..."

He looks wasted already. His dream of marrying 100 wife won't be possible