Ernest was played by a Kentucky-based actor named Jim Varney, a resident of White House, Tennessee who began his rise to fame in the '80s. 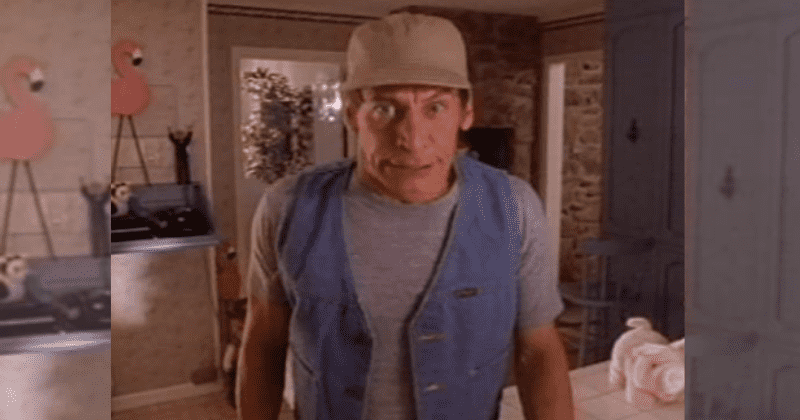 If you watched TV regularly in the late '80s, you'd have known of a recurring character Ernest P. Worrell who always wore the same outfit, got stuck in some pretty crazy scenarios, and always made people laugh. But, have you ever wondered who Ernest was?

Ernest was played by a Kentucky-based actor named Jim Varney, a resident of White House, Tennessee, who won awards for featuring in plays and musicals in the '70s. Although he worked at a tourist attraction called Pioneer Playhouse in the early parts of his career, he became popular when he took on the role of Ernest in 1980 and began working in commercials. His partnership with a Nashville ad agency called Carden and Cherry became a springboard for his future, reports Throwbacks.  When the company found out their first ad for a local theme park did far better than expected, they realized they had stumbled upon the golden goose. And so, they began rolling out ads featuring Ernest on a regular basis for business across the United States.

Some of the most underrated movies when growing up were the Earnest P Worrell films. Dude was pivotal in the early 90s. He made being awkward and different about rebellion. He made it ok to be the underdog. The battle scene at the end of “Earnest Goes To Camp” is an inspiration. pic.twitter.com/VdX2jhOSI8

The idea behind these ads was the same: Ernest would annoy his neighbor Vern, also the cameraman, and promote products or businesses on camera. Over his career, Varney featured in over 4,000 commercials and a major reason behind it was a secret ability Carden & Cherry found out pretty early on—he had a photographic memory. Buoyed by a golden formula and an indelible memory, Varney and the agency would shot around 25 ads in a single day.  Varney reportedly read a script once and would act out the commercial dozens of times without needing to brush up on his lines. What started as promotions for small businesses soon helped grow the actor's fame and consequently his career. He became such a big deal towards the end of the 1980s that people would buy VHS compilations of commercials he was part of.

That's when the big boys like Walt Disney and CBS began noticing Varney's huge potential and decided to take him in. Within months his face was everywhere to be seen. His career on TV started with Hey Vern, It's Earnest, a Daytime Emmy award-winning show targeted at children, according to Rotten Tomatoes. This was then followed by several TV specials that introduced Ernest's family (all of whom were played by Varney). His popularity only soared and soon there were talking dolls, and children's books. Finally, when Varney had achieved just about everything, came the movie deals and he reprised his trademark role in nine original movies with the first one being Ernest Goes To Camp. It became a huge success, grossing over $23 million on an initial budget of just $3, which proved that Ernest was a success wherever he went.

Jim varney used to do commercials at at car lot my dad worked at. I got to meet him once, when I was probably 11. I have a Polaroid with him. I remember him being super nice.

Over time, however, the novelty wore off and the subsequent movies were less and less successful, prompting producers to release them on VHS. Even though Varney had played several other characters of commercials like Auntie Nelda and Sgt. Glory, none stuck around as much as the hugely popular Ernest. Towards the end of his 30-year career, he began doing voice roles and became most notable for voicing Slinky Dog in the first two Toy Story movies. In 1998, Varney was diagnosed with lung cancer and a year later with brain cancer, according to Nashville Post. He soldiered on and continued to work, featuring in Billy Bob Thornton's comedy Daddy & Them, which was released a year after his death in 2001.