The Queen, 94, Has Been Spending Quarantine Riding Horses Every Day

Her Majesty is also getting to spend more time with her husband than she usually would. 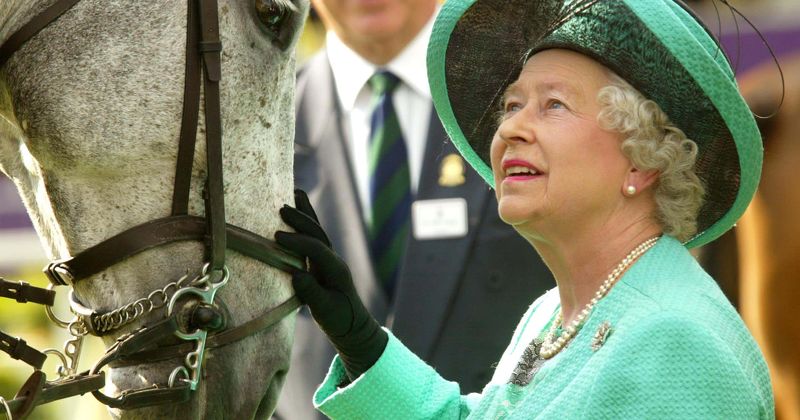 Queen Elizabeth is reportedly "making the most" of her time in quarantine. She’s in "excellent spirits" and riding horses daily, sources have told Vanity Fair. However, she's still looking forward to getting back to her official duties. Sources claim that she’s actually planning to get back "as soon as she possibly can", and will work harder than ever when she does. For now, the 94-year-old and her husband,  Prince Philip, will remain in self-isolation at Windsor Castle for the foreseeable future.

"She can’t be seen to be going against official government advice, but it’s fair to say she’s looking forward to getting back to normal," said a royal source. "It’s a delicate line but I think we will see her doing private audiences again and more of the work we are used to seeing her do in public at some point in the future. She is still receiving her red Government boxes and having her weekly audience with the PM. There is no suggestion of her stepping back, she is very much fulfilling her duties as head of state." Palace aides won’t comment on the queen’s fall plans, but events are being scheduled.  "The idea that we won’t see the queen in public again is certainly not the case," said a second source. "The queen is planning to come back to work and when she does I think we’ll see her work harder than ever. The idea that she’ll reign from a screen is not Her Majesty’s view,” the source added. "There’s a keenness to get back to doing the sort of work she has always done. She very much believes in being seen."

The queen is said to be making the most of her time in lockdown. She's enjoying the free time at Windsor Castle,  her favorite of all the royal residences. She is riding daily and is said to be "in excellent spirits." Reports say that she is enjoying a prolonged period at the castle with her husband, who usually returns to Sandringham later this month. "One of the nicest things for the queen is that she is getting to spend more time with her husband than she usually would," said a friend. "They have dinner together in the evenings and I imagine the queen is of the generation where she dresses for dinner. She is riding out every day and is making the most of this time.”

According to HELLO! the monarch took her first riding lesson at the age of three and fell in love with horses and riding ever since.  When she was four years old she was even gifted a pony! A Shetland mare, if you will, by her grandfather King George V. It's no wonder that she has been riding horses for most of her nine decades. Her horses have even gone on to win many titles. In 2013, she even made sporting history by becoming the first reigning monarch to win Royal Ascot's Gold Cup with her thoroughbred Estimate.  A year later, she was presented with the International Equestrian Federation (FEI) Lifetime Achievement.

Apart from spending time with horses and her husband, the queen is also keeping in touch with the rest of the family and all senior members who have been called upon to work together and support the queen. Prince William, revealed his youngest son has also been joining in on the family’s video calls, although not always in a helpful way. "For some reason, he sees the red button and he always wants to press the red button," William told the BBC in a recent interview.

It seems #PrinceLouis has been cheekily interrupting their video calls, with William adding: "For some reason he sees the red button and he always wants to press the red button."

Despite her time away from Buckingham Palace, Her Majesty made a rare televised address in April in which she offered a message of hope for her the people of her country. She positively told Britons that the "coronavirus will not overcome us." She has also appeared in pre-recorded messages broadcast to the United Kingdom in honor of the Easter holiday and VE Day, according to FOX News.  The queen is still holding her weekly phone calls with Prime Minister Boris Johnson, who recovered from the coronavirus last month so that she is kept in the loop with the currents affairs of the country.

Boris Johnson has talked to the Queen and is in touch with team: spokesperson #COVID19 #coronavirus