During the 1978 appearance, bachelorette Cheryl Bradshaw chose him as her date. 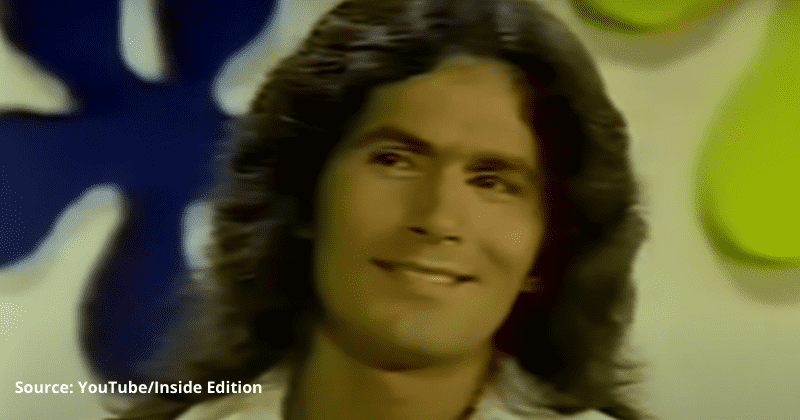 Rodney Alcala was a notorious serial killer who was in the midst of a killing spree in 1978 when he brazenly took part in a dating show. What's more unbelievable is that this was a man who had served prison time for sexual assault and had been charged with the attempted murder of an eight-year-old girl, reports the Daily Star. The serial killer appeared on the show The Dating Game as a prospective date for a bachelorette. Contestant Cheryl Bradshaw asked Alcala, who was Bachelor Number One, questions like, “I’m serving you for dinner. What are you called and what do you look like?” Alcala responded, “I’m called the banana and I look good.” “Can you be a little more descriptive?” Bradshaw asked Alcala. “Peel me,” he said, and the audience laughed. Bradshaw ended up choosing him as her date, but once the show was over she decided not to date him. She was fortunate as it is estimated Alcala may have killed as many as 130 people in his lifetime.

Mike Metzger, an executive producer on the show in the 1970s, expressed his concerns about Alcala in the ABC series 20/20 this year, saying, "He had a mystique about him that I found uncomfortable." In 1978 Cheryl told producers that she was too creeped out to go on the date with this man. Producer Ellen Metzger recalled, "She said, 'Ellen, I can't go out with this guy. There's weird vibes that are coming off of him. He's very strange. I am not comfortable. Is that going to be a problem?' And of course, I said no." Fellow producer David Greenfield is ashamed that Alcala was included, adding, "When I watch the show now, it’s hard for me to watch it without looking behind his eyes and knowing what this guy had to be thinking. Just the evil behind the smile."

Alcala's first victim is believed to be 8-year-old Tali Shapiro who he had brutally raped and beaten in Los Angeles in 1969. Tali Shapiro was walking to school when she accepted a ride from Rodney Alcala. “I told him I didn’t talk to strangers,” said Tali, according to PEOPLE. “That is when he told me he knew my parents. I really didn’t want to get into the car but I was raised to respect my elders. I didn’t know to fear people.” A good samaritan followed the vehicle to an apartment as they felt something was wrong and managed to call the police. At the time, Alcala was a 25-year-old UCLA fine arts student and an amateur photographer. An officer busted down the door of the flat and found Tali, severely injured on the floor. Alcala was gone but the officer made the choice to focus on saving the little girl's life.

He fled California to evade arrest and stayed in New York under a new name: John Berger. The FBI had added Alcala to their Ten Most Wanted Fugitives list in 1971. He was later recognized at a camp he was working at and extradited back to California in 1971. Tali's parents didn't let her testify at his trial so prosecutors couldn't convict him of rape and attempted murder. They had to settle for a charge of assault. He served 17 months in jail but was unfortunately released on parole in 1974. Less than two months later, he was arrested for assaulting a 13-year-old girl and was given a second "indeterminate sentence," before being released on parole for the second time in 1977. He appeared on the game show in 1978.

In 1980, Alcala was convicted for the murder of 12-year-old Robin Samsoe, which was overturned twice on different technicalities before he was finally sentenced in 2010. In 1980, investigators found hundreds of photos of women, girls, and boys, and keepsakes police believed were from victims in a storage locker. He was found guilty of five murders and sentenced to death in March 2010. He was charged for Robin's murder as well as the 1970s rapes and murders of Georgia Wixted, Jill Parenteau, Charlotte Lamb, and Jim Barcomb. At his trial, the serial killer even acted as his own defense lawyer, taking the stand and cross-examining himself for five hours in 2010. Two years later he admitted to killing 23-year-old flight attendant Cornelia Crilley in New York and Ciro's nightclub heiress Ellen Jane Hover, 23. Police released 120 of Alcala's photographs, asking the public for help identifying the subjects in case any were missing persons. Alcala, 77, is currently being held at California State Prison.

The True Story of ‘The Dating Game Killer,’ Rodney Alcalahttps://t.co/4oVAuuaDP6