Aside from the two, another teenager was also arrested in connection to the viral video. 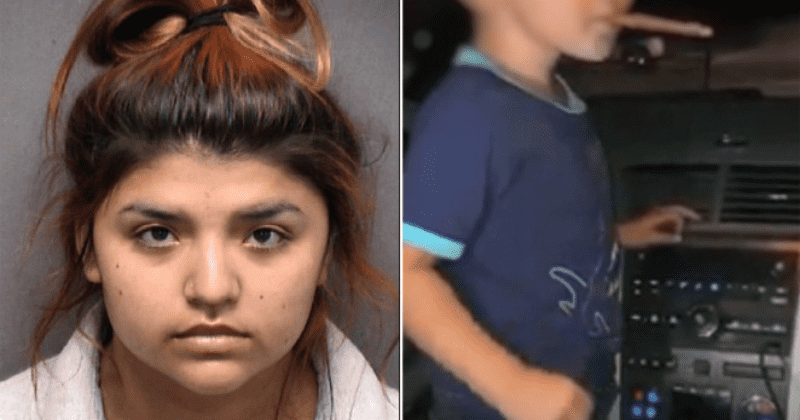 Three teenagers from San Antonio, Texas were arrested after a viral video showed them filming a 3-year-old child smoking marijuana. The toddler was later found to be the younger brother of one of the teenagers and was shown coughing throughout the clip which lasted for nearly 30 seconds. It is still illegal to use or possess marijuana under Texas law — and has been since 1931. Not only that, but it is also far more illegal to introduce marijuana to a minor, as was the case with this viral video. The clip soon blew up on social media after it made the initial few rounds and people were appalled at what they were seeing, KTSA reported.

According to the outlet, 18-year-old Larissa Contreras, the sister of the child, was charged along with her boyfriend, 19-year-old Thomas Rey Esquivel for endangering the welfare of a child. Later on, authorities also took a 16-year-old into custody for reportedly being the one who shot the video. Bexar County Sheriff Javier Salazar was shocked by the incident:  “This suspect and several other persons of interest were taking quite a bit of joy at that. They were laughing at it and making fun of the fact that this little boy was as sick as he could be. It’s a heartbreaking case This case is one that tugged at a lot of peoples’ heartstrings. In Bexar County and San Antonio, we don’t take kindly to people treating our kids like this.”

The station NEWS4SA managed to get a statement from Contreas just before her arrest. She was extremely remorseful at the time and gave a quick and panicked response to the outlet and the general public. “Please forgive me, please don’t hate me, please don’t.” Contreras went on to explain the details of the incident. She went on to state that it was the person who recorded the video that brought the substance into the car. Her boyfriend Esquivel, who was also arrested, was allegedly the one who handed the marijuana to the child.

The 18-year-old claimed that she was not sober enough to stop what was happening.  -“At the moment, I was high myself. It makes me feel like sh*t, it makes me feel like I’m some f’ked up person, I feel terrible. The blunt was rolled, they lit it and then the passenger handed it and he hit it two to three times and then he took it away and then [the toddler] went and grabbed it back and he hit it and that's when I got him off the car and I told him he needed to go inside," Contrera said.

According to the station, the 3-year-old child's parents left him in the care of Contreras and the parents have not faced any charges as they did not do anything illegal by law. "I love you [the boy], sissy loves you and I’m sorry, I’m sorry for everything and I’m going to do better for you," Contrera said prior to being taken into custody. "If there are high doses that are inhaled or ingested, they can lead to marijuana poisoning,” says Dr. Mandie Svatek, with UT Health. “You can have severe side effects that could end you up sending you to the emergency department." The doctor went on to state that smoking anything is dangerous for children and parents ought to be very careful when entrusting them into the hands of teenagers.