The father said he shot the man when he tried to snatch his wife's firearm. 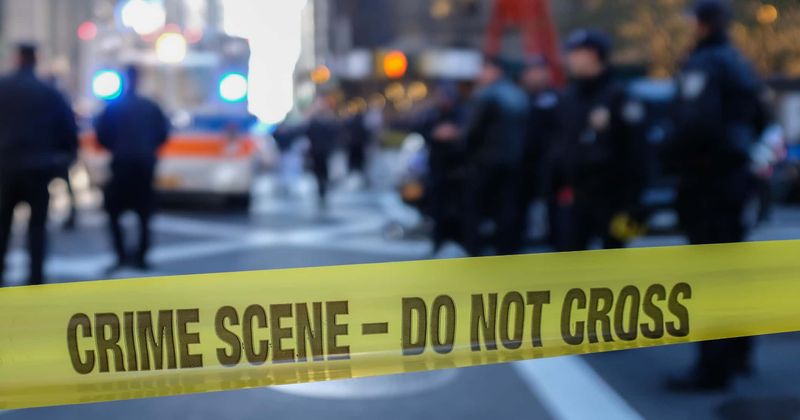 A father in Texas shot a peeping tom several times after he confronted him over pleasuring himself while looking at his 10-year-old daughter who was inside her bathroom. The man and his wife were startled when they heard their daughter scream late at night on Sunday. She told them about the man outside her bathroom. Immediately her parents went out with their two licensed guns. The mom told Click2Houston, “She looks over at the window and this guy is at her window. I can’t say that he tried to take my daughter’s innocence away -- he took my daughter’s innocence away.” They found him outside and asked him to lie down and wait until the police arrived. He refused to comply and instead went to a nearby gas station.

“I’m literally saying you’re not going anywhere,” the mother said recalling telling the man to stand down. They followed him to the gas station with the father going inside to ask the clerk to call 911. His wife was outside with the suspect. The culprit tried to snatch the woman's weapon at this point. “He is wrestling with me, with my gun, and I’m like, ‘I’m not going to let you get my gun, you are not going to kill me or shoot me,’” she said. Then her husband rushed out seeing the commotion. “My husband just said he heard a ‘ca, ca,’ but by that time the guy had already grabbed me, got my gun and pulled it on myself,” she said. And that's when he was shot four times.  “We didn’t want this guy to get shot. We were waiting for police to detain him because I’m pretty sure if he did this to my children, he’s doing it to a lot of other children out here,” the woman said.

She added, “We are praying for the suspect and we are also praying for his family.” The man is said to be in a critical, but stable condition. A report in ABC7 stated that the father, shot the man twice in the chest, once in the stomach and once on his side. The case is being referred to the Harris County District Attorney's Office. The little girl had complained about seeing someone watching her through the window before but her parents didn't believe her. It is not known if those previous cases involved the same man. The case is still under investigation. Senior Deputy Thomas M Gilliland from the Harris County Sheriff’s Department told KWTX, “because the incident is still an open investigation with the finding to be forwarded to the Harris County District Attorney’s Office for Grand Jury Review, the names of all parties are not releasable.”

They don’t have blinds?

On social media, many said the father did the right thing. Christina Lowe commented on Facebook: Good for Dad! I had a peeping Tom when I was 12yo looking in our bedroom window & he kicked the window in! Thank goodness my cousins husband was home with us girls, he ran after the perp & he got away. That incident still haunts me after 40 yrs. As an adult I only have black out curtains in my home now. Another person named Denise J Reiss stated: There was attempt to harm that child. That freaking peeping Tom should know better stay the hell away. Dad was protecting his daughter . . Pepping Tom should have been held for his actions. Nobody takes responsibility for what they do anymore. The dad should just wait till peeper got in his house and hurt his daughter?.

Hummmmmm so was it a legal shooting?

She added: He prevened this from happening. He also was a threat to his wife. I guess we are not allowed protect yourself anymore....