The bill, if passed, will come into effect from September this year. 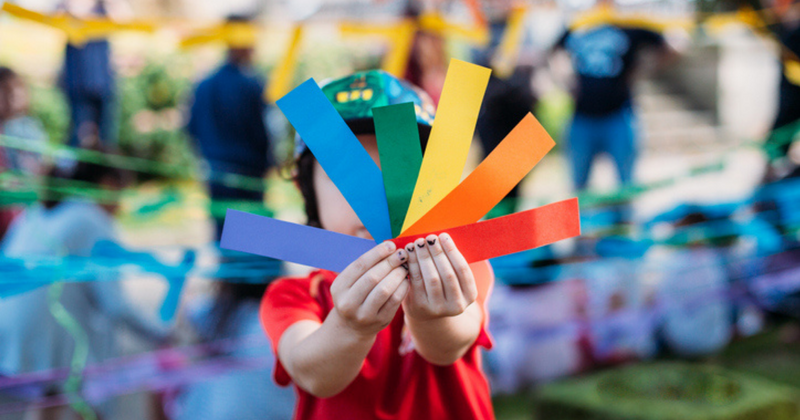 Lawmakers in Texas are looking to pass a bill that would make gender-affirming care illegal for minors and make their parents 'child abusers'. Titled Senate Bill 1646, the legislation was filed by State Senator Charles Perry who seeks to make it a crime for parents to allow their transgender children to undergo a sex change. According to WLTX, the bill makes it illegal for children to receive puberty suppression prescription drugs, cross-sex hormones or medical procedures, or surgery that would either help with gender transition or reassignment. However, there is an exception for a child who is born intersex to receive medical treatment.

This bill in Texas, SB1646, would remove trans kids from their homes if a parent affirms their gender. Truly barbaric.

If signed into law, the bill will find parents to be in violation of the state's Family Code which would trigger a Child Protective Investigation, possibly leading to the child's removal from their home. Doctors who perform sex-change surgery will also be accused of child abuse and may risk losing their license post an investigation by the Texas Medical Board. Speaking during a State Affairs hearing on Monday, Texas GOP Republican Executive Committee Member Jill Glover testified that adults wouldn't be stopped from proceeding with a sex change adding the controversial opinion that sex change has become a fad amplified by social media.

So, more family separation. I'm starting to think we should let Texas secede and build a wall around it. This is deplorable.

"Children are unable to give informed consent," Glover said. "This bill gives children a chance to get to adulthood with intact bodies." As things stand, the legal definition of minor is any child under the age of 18. The bill drew pushback from various sections of the society, particularly from transgender people and parents of transgender children who stepped up to testify against the bill. They urged legislators to listen to the aggrieved community and let them make decisions about their health with their parents and health care providers. Many stressed the likelihood of anxiety depression, and suicidal tendencies that delayed sex change could lead to.

It would be great if even for just one day, Texas legislators would show some degree of humanity. Just. One. Day.

Doctors for Change, a Houston-based organization that focuses on research, collaboration, education, and advocacy, sent a letter to state lawmakers expressing their discontent with the bill. "We care for Texans of all ages, including transgender and non-binary children, youth, and adults, and we are appalled by the blatant intention of SB 1646 to characterize the provision of our compassionate, evidence-based care as ‘child abuse’ and to levy criminal penalties against providers who are putting the health and well-being of patients first," the letter read. Licensed social workers or psychologists also testified against the bill, sharing their concerns that the bill would stop them from having honest conversations regarding their gender. However, Perry's office responded by saying the bill only targets medical procedures and doesn't concern mental health professionals.

Proud that our letter @DocsForChangeTX against #SB1646 and the harm it would cause trans kids is quoted in this piece by @wltx. #TransRightsAreHumanRights

Kai Shappley, a transgender girl from Austin, who had to move to a more welcoming environment told state lawmakers that it is a bad decision.  "I do not like spending my free time asking adults to make good choices,” Shappley said. "Texas legislators have been attacking me since Pre-K. I am in fourth grade now. When it comes to bills that target trans youth, I immediately feel angry.” So far, twelve Republican state senators have co-authored the bill. If approved by the state senate, the bill could come into effect from September 1.  People online also shared their opposition to the bill. Chase Strangio wrote: "This bill in Texas, SB1646, would remove trans kids from their homes if a parent affirms their gender. Truly barbaric." Brian Baker questioned the logic behind this. "What is the logic of this?", he wrote. "Let’s just traumatize a trans kid even more. It’s not like they’re not trying to figure things out and feel like they’re in the dark and fighting by themselves already."

NEW: #Texas bill would designate gender-affirming care for transgender minors as child abuse - Senate Bill 1646 by @electcharles & others was heard by the Senate Committee on State Affairs on Monday. https://t.co/zY41Koru7I via @KVUE #transyouth #transrights