Georgia Teen Tragically Dies While Skydiving For The First Time Ever

Jeanna Triplicata and her skydiving instructor died after a mishap in which they fell to their deaths in Georgia. 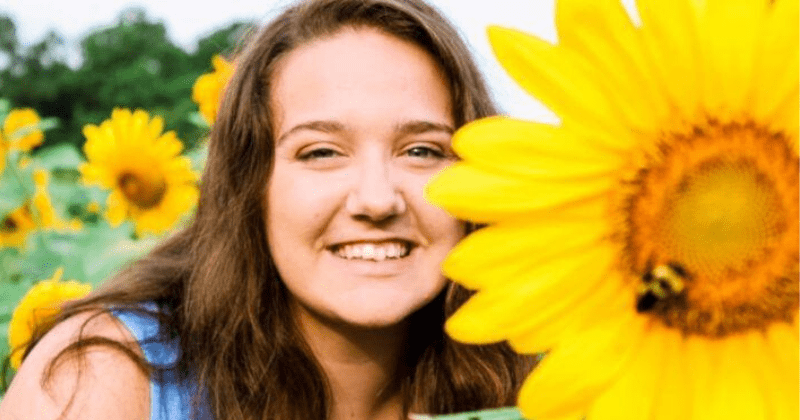 Tragedy struck when this 18-year-old high school graduate who, although, wasn't an adrenaline junkie, decided to go skydiving for the first time. An unknown complication mid-jump led to the deaths of both the teenager and her experienced instructor at the same time, reports CNN. Jeanna Triplicata was into adventure sports but she thought something daring would be great after she graduated high school. So, on Sunday, she decided to tandem jump in Thomaston, Georgia, but things didn't go as planned. The worst part was her family stood and watched helplessly as she somersaulted in the sky without any knowledge that it was her. Speaking to CNN, Joey Triplicata said: "We were all so looking forward to after she landed and to talk to her and hear her story. I feel like we were robbed of that and now we're robbed of the rest of her life. It's so painful."

Triplicata from Newnan and Nick Esposito of Warner Robins died at the scene, according to a statement by Upson County Sheriff Dan Kilgore. Police are investigating to find out what went wrong. "Upon exiting the aircraft, the primary parachute failed to open properly and went into a spin," Kilgore said, before stating that the emergency parachute deployed at a very low altitude and it was too late to fully open. According to the sheriff, Esposito was a veteran skydiver employed with Skydive Atlanta, located at Thomaston-Upson County Airport, about 60 miles south of Atlanta.

This is for Jeanna Triplicata. One of my best friends. I love u so much and i’m absolutely heartbroken that ur gone. u got accepted into ur dream college and then u asked me if i wanted to go see harry with u. u were so excited to see him again u loved him so much. i cant — pic.twitter.com/VLqDIt1m6p

Tragedies like these are a rarity, according to data provided by United States Parachute Association. Last year, 15 fatalities were recorded in the country out of over 3.3 million jumps and tandem skydiving is even safer with a death rate of one every 500,000 jumps in the past decade. Although the teenager graduated this year, she never got the chance to walk up on stage and receive the honors because of the pandemic and the ceremony was rescheduled for late July. However, she won't get to do that or pursue her dream of going to university or become an English teacher like she aspired to.

@Harry_Styles my daughter Jeanna was your biggest fan! She died yesterday in a tragic skydiving accident. She justed turned 18 in May. Here she is right before she went up. We miss her sooo much!!💔 pic.twitter.com/Rr8l7dBGPw

Joey Triplicata, 43, called Jeanna as an atypical teenager. "She was very family-oriented, and she wanted to do the right things in life," he said. "She wasn't a rule breaker. When we bought her first car, she didn't want anything flashy or that would stand out." The bereaving father said his daughter loved Disney's The Little Mermaid even though it wasn't the right one for a teen to enjoy. She even loved Grey's Anatomy but the family doesn't get to watch it all together. "Right now, I can't even imagine enjoying a TV show," the dad said. "When we do, we're certainly going to watch it and think of her." Talking about the jump, the dad said that Triplicata had wanted to do it with her grandma, whom she was very close with. Joey said it was only her second time in an airplane, the first since she was an infant. "She wanted to just see how things look up in the air that high. She had never experienced that. It was a lot of first times for her and it was supposed to be a great, great day and it turned out to be the worst day of our lives."

this sweet girl jeanna triplicata recently passed away from a skydiving accident. as you can see by her outfit, she was a huge harry styles fan and like many of us, wanted to be noticed by harry. let’s help this beautiful girl get her wish granted, by spreading her story around❤️ pic.twitter.com/BiSQ54iQX8

The family has now set up a GoFundMe page to help them deal with the funeral expenses, which has now collected over $26,000 of the $50k target. "I hate that this tragedy is the reason why people are going to learn more about her and her life. The pain is nearly unbearable", he said, stating he never wants to hear something like this again.