13-year-old, Destini Crane was trying a trend where people draw shapes in a mirror with a flammable liquid, and then light it with fire 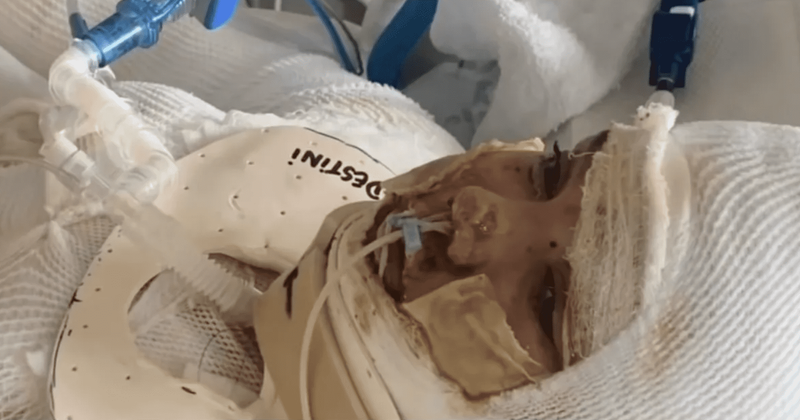 A 13-year-old girl in Oregon severely burned her face, neck, arms, and hands when she tried to copy a dangerous TikTok challenge reports ABC News. Destini Crane from Portland, who "lived for TikToks"  according to her family, is presently at a hospital unable to speak having undergone three skin grafting procedures. Doctors said she will need months to attain full functionality and will have to live from the effects of the accident her whole life.  On May 13, the girl brought home a candle, lighter, and bottle of rubbing alcohol and sneaked into her bathroom without her mom's knowledge. She was trying to copy a trend seen on the video-sharing platform where people draw shapes into a mirror with a flammable liquid and then light it with fire. However, it didn't go as expected.

Crane's mother, Kimberly, was in the sitting room when she heard a loud scream. "I was in the living room talking with my mom, and I heard her scream my name. So I went and opened the bathroom door and everything was on fire. Destini was on fire. Things in the bathroom were on fire," she recalled. The family didn't know how such an accident was possible in their bathroom but soon they pieced some details together. The flammable liquid exploded in their ill-ventilated bathroom setting everything including Crane on fire. They found Crane's phone with the TikTok app open which was still recording the video. The girl is presently in the intensive care unit and her family hopes she will be shifted to the burn unit soon. However, she has a long road ahead where rehabilitation and recovery are concerned. "Because of the burns she's going to have limited mobility," said the girl's sister, Andrea Crane. "That is just going to be a lifelong thing, of her doing physical therapy to keep her mobility. I know that when she wakes up and fully understands, she's probably going to freak out. But honestly, I think that she's strong enough to get through it."

Destini Crane has lost mobility in her arm, neck, shoulders and fingershttps://t.co/Qz0T0IZnKa

A student of Western Oregon University in Monmouth, Andrea has moved back home to take care of her sister. "We've always been our unit. Being in Monmouth just wasn't an option for me, with wanting to be here and my family needing me," said Andrea. She and her mother are sharing Crane's story to raise awareness about the dangers of unchecked access of kids to social media. "I just wasn't present with her. When she showed me TikToks and when she showed me what she was doing, I would be like, 'Oh I'm busy,' or, 'I'm doing schoolwork,'" said Andrea.

Another TikTok disaster! Destini Crane tiktok user went through a great danger during the videos he made. Many parts of the body were burned during the videos of the 13-year-old tiktok girl.https://t.co/xw9KSQQNdn pic.twitter.com/XUVEFjeRGR

We recently reported about another child who was left brain dead after trying the 'blackout challenge' on TikTok. 12-year-old Joshua Haileyesus was left fighting for his life at a Colorado hospital after he attempted this dangerous trend that encourages children to choke themselves until they lose consciousness. Joshua was found by his twin brother passed out on his bathroom floor.

An Oregon mother says her daughter, Destini Crane, is fighting for her life after trying to recreate a fire challenge she saw on TikTok. https://t.co/sEYrJndWVJ

"I can't even describe the grief and the devastation. Nobody could ever imagine this would happen to a 12-year-old," said a family friend. Interestingly enough, this  blackout challenge has been around for years, often referred to as the "choking game" or the "pass-out challenge."