Florida Teen Strangles Mom, Puts Her Body In Church Fire Pit After Fight Over Getting A "D" In School

The teenager has now agreed to a 45-year prison sentence under a plea deal. 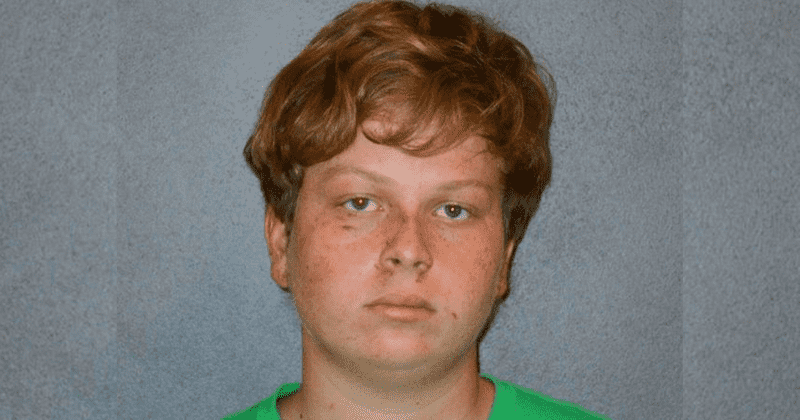 Trigger warning: This story contains details of a brutal murder some readers may find disturbing.

A 17-year-old boy pleaded guilty to killing his mother after having an argument over a bad grade. The incident occurred two years ago when Gregory Ramos was 15; he was charged with the strangling of his 46-year-old mother, Gail Cleavenger after she questioned him for getting a "D" in school. According to the Orlando Sentinel, the boy has now agreed to a 45-year prison sentence under a plea deal. Ramos was living with his mother in DeBary, Volusia County, and pleaded guilty to charges including first-degree murder, abuse of a dead body, and tampering with evidence. He was charged as an adult and risked the chance of a life in prison.

As per WFTV, the teen has agreed to a lifetime of probation and will be eligible for parole after 25 years, with his formal sentencing expected to take place on January 22. Police said a "soulless" Ramos confessed to killing his mother and burying her body beneath a fire pit at a church. After the incident in November 2018, the boy reportedly called 911 a day later and claimed his mother was missing after a burglary, but investigators didn't entirely believe his story as he had scratches on his face. The teen staged a crime scene with the help of two of his friends, Dylan Ceglarek and Brian Porras, both said to be 17 at the time, and later confessed to helping Ramos out.

What’s in the water in Florida? Shits always going down there

In a tweet on Wednesday, Volusia County Sheriff Mike Chitwood said: "This was a tragedy beyond understanding. "May Gail Cleavenger rest in peace. Thanks to the deputies, detectives, and prosecutors who worked so hard on this difficult case." Chitwood had an impression of the teen having dealt with him and called him a "soulless individual" who was one of the "top three sociopaths" he had ever met. It took several hours of police interviews to get the boy to admit to his actions; at one point he admitted it took 30 minutes to strangle his mom after the fight they had a day earlier. Meanwhile, Ramos' attorney, Matt Phillips, spoke to Daytona Beach News-Journal and said: "He is extremely remorseful and he regrets his actions every day. He is looking forward to having a release date and proving he can be a productive citizen."

17 yr old Gregory Ramos pleaded guilty this morning for the death of his mother two years ago in Volusia County.

Hear what the judge had to say ahead @news6wkmg at noon. pic.twitter.com/OPkDYCNsoi

In case Ramos was tried and convicted as a juvenile he would have been released from custody at the age of 21, as per the outlet. The two accomplices, on the other hand, were also charged as adults and risk spending up to 30 years in prison if convicted as an accessory to murder after the fact as it was a premeditated first-degree murder. Cases of minor children killing their parent is a rare occurrence. In a similar story from last year, a 14-year-old juvenile killed his parents and three young siblings in a case that rattled the small town of Elkmont, Alabama. As per CBS News, the boy called 911 and said he heard gunshots when he was in the basement and rushed back up to see his family being shot up. However, after prodding by police officers, he confessed to shooting them. Limestone County sheriff's spokesman Stephen Young said: "Upon being confronted with some of the inconsistencies, he did admit to shooting the five family members. All five were family members and all five lived in the residence." Police kept the teen's identity a secret because he was a juvenile.

The Volusia County teen who argued with his mother over bad grades, then killed her, plead guilty today to first degree murder. Gregory Ramos was 15 at the time of the murder in 2018. He will serve 45 years in prison. #FOX35 @fox35orlando https://t.co/R3WSN7Z60l