The educator went to such extreme lengths simply because the victim was talking to two of his classmates. 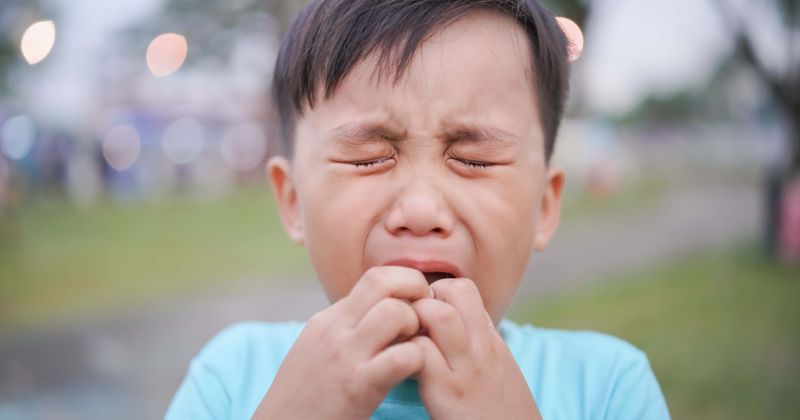 Trigger warning: This story contains details of abuse that may be disturbing to readers.

For centuries, students have been pulled up and punished for talking too much in class, but that's just how kids are. Teachers have doled out punishments accordingly, but nothing can be as severe as this mentor's punishment. The educator, known only by his surname Chang, allegedly pulled out one of his students by his hair so hard that it left him partially scalped. The incident occurred on March 5 this year at Xinhua Road Elementary School in Central China, reveals South China Morning Post. The victim, a nine-year-old boy, was allegedly talking to two of his grade-3 classmates when the teacher punished all of them by pulling them out by their hair and dragging them to the front of the class.

Teacher accused of scalping boy as punishment for talking in class https://t.co/WhcCjlr3YF

The victim, identified by his surname Yuan, reportedly suffered severe internal bleeding and swelling following the incident, per Newsweek. “My son’s hair is short. When the teacher pulled his hair for the first time, my boy stepped back. The teacher, perhaps thinking he was resisting, then pulled his hair again,” the boy’s mother said. “That evening, my son felt dizzy and had nausea. He told me what happened to him at school,” the mother, also surnamed Yuan, said. The next day, the kid's scalp was swollen and sore. The worried mother immediately called his teacher who admitted to using violence as a form of punishment.

Two days after the incident, on March 7, nearly half his head was swollen and he had to be rushed to the hospital for medical aid. There, the doctors told the mother that the swelling was caused due to internal bleeding as his scalp had separated from his skull. The boy underwent three weeks of treatment before being discharged from the hospital. Doctors drew out more than 1 liter of blood from his brain using syringes in seven separate surgical procedures. Initially, Chang was placed on leave while the case was being investigated by the school. Feeling remorse for his actions, the teacher begged for forgiveness and offered to cover the medical expenses the family had to bear.

Fuck what Oprah say. Corporal punishment is crucial in child rearing. These kids have no fear today & a big part of that is b/c the fear of God was never struck into them as children. In the above video, the mother actually gave the principal permission to paddle her child.

The woman also turned down an offer from Chang who said he wants to compensate the family for his wrongdoings. “The medical bills were paid by the teacher. He said he felt regret and guilt. He hoped we would forgive him. But I can’t forgive him,” said Yuan, adding that her son is now scared of going to school. “It has left him a shadow in his mind. He is afraid of the teacher [Chang] and fears going to school … I am thinking of transferring him to another school,” Yuan said. “He hasn’t gone to school since March. This semester has been wasted for my son. I might send him to study at grade three again [from next semester].”

The laws that allow corporal punishment in schools need to go

The mother then accused the school of not taking the incident seriously. “The school said it was the teacher’s individual behavior and it had no responsibility here. The school suspended him from teaching only about 20 days later,” Yuan said. A vice-headmaster of the school, only identified with her surname Zhan, said, “Only the upper-level authorities have the final say of whether the school has a responsibility or not”. Though China has put a ban on teachers using corporal punishment to discipline their students, some still continue to do so, which unfortunately ends up like Yuan's case.

That shit should never be socially acceptable. Corporal punishment is abuse