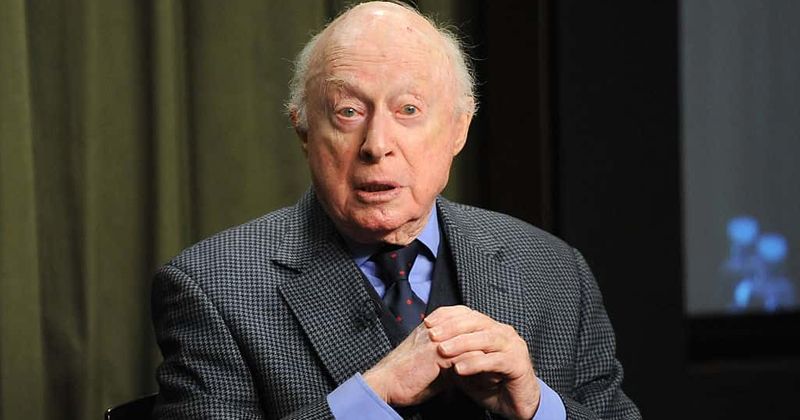 Norman Lloyd, famous for his long association with Alfred Hitchcock as an actor and producer, and in the 1980s, for his roles in the hit NBC medical drama St. Elsewhere turned 106. Lloyd has had a remarkable career in films, televisions, and theatre spanning a century and has worked with the likes of Orson Welles, Charlie Chapin, Robin Williams, Martin Scorsese, and Amy Schummer. Two of his most remarkable performances on the big screen was in the Hitchcock classic, Saboteur in 1942 where he played a Nazi spy, and Spellbound in 1945. He also took up work as an associate director and an actor in the anthology series Alfred Hitchcock Presents. In the 1980s he became part of the cast of St. Elsewhere that also starred a young and upcoming Denzil Washington.

Lloyd portrayed the memorable role of Dr. Daniel Auslander. While he was supposed to be part of only four episodes in the first season of the show, he ended up becoming a regular cast member until the show's end in 1988 reports Variety. Lloyd's career started at the age of 9 years as a performer in Jersey City, New Jersey where he was born. He began as a theatre actor during the 1930s becoming part of the Federal Theatre Project along with the likes of Orson Welles and John Houseman. Lloyd made his debut on Broadway when he was 20 years old in 1935. In 1939, he was invited to Hollywood to join Orson Welles in what was going to be Welles' first film titled Heart of Darkness. But the project fell apart and he returned to New York. This was a decision Lloyd would come to regret since the rest of the people from the project stayed back for another film, Citizen Kane.

He did appear in Welles’ landmark work in 1937, Julius Caesar. Lloyd was also known to be someone who stood up for others. During the filming of Julius Ceasar, he was a key negotiator in increasing the salaries of the extras in the production. Lloyd also had roles in the movies A Walk in the Sun in 1945, Scene of the Crime in 1949, He Ran All the Way in 1951, Dead Poet’s Society (1989); and more recently in the film In Her Shoes (2005) and Trainwreck in 2015 when he was 100 years old according to Forbes.  Lloyd also made many television guest-star appearances in numerous shows like Night Gallery, Kojak, Quincy, The Practice; Star Trek, and Modern Family. In 2007, he was the subject of the documentary Who Is Norman Lloyd?

Many of Lloyd's fans wished Lloyd on his special day. Judd Apatow, director of films such as The 40-Year-Old Virgin, Knocked Up, Funny People took to Twitter and wrote: Happy Birthday Norman Lloyd!! 106!!!! The kindest most positive soul I know. I wish we could celebrate with you today. I will come visit and yell at you from a hundred yards away in my hazmat suit! We love you!! Television personality, Ben Mankiewicz added: So my pal Norman Lloyd, who watched the Yanks win the 1926 WS, who fell off the Statue of Liberty in Hitchcock’s Saboteur in 1940, who was blacklisted in the 50s, who played Dr. Auschlander on St. Elsewhere in the 80s, who turned 100 in 2014, is 106 today! And he’s a mensch.

Writer and producer, Larry Karaszewski wrote: Keep hanging in there - Happy Birthday to the amazing Norman Lloyd (born in 1914! Let me repeat that -1914!). Just to give a perspective as to how long Lloyd has lived. The president of the United States when Lloyd was born was Woodrow Wilson in 1914. Lloyd's contemporary, Karl Malden aptly summed up Lloyd's contribution to the industry back in 2007: "He is the history of our industry."