Brock, known as the greatest stealer in MLB history, died on Sunday and the news was confirmed by the team via Twitter. 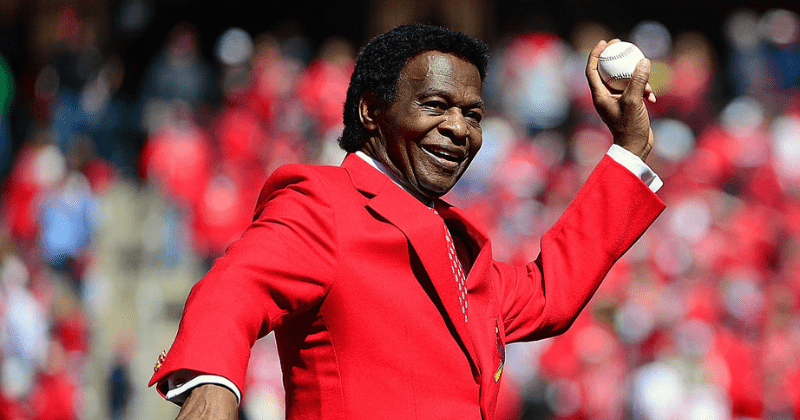 The baseball world has lost a legend today. Lou Brock, one of the most prolific hitters and base stealers in history, died on Sunday. The news was confirmed by a family representative to the St. Louis Cardinals, the team with which he plied his trade. He was 81. Willaim De Witt Jr, the CEO and Principal Owner of the Cardinals, issued a statement and said: "Lou Brock was one of the most revered members of the St. Louis Cardinals organization and one of the very best to ever wear the Birds on the Bat," said William DeWitt Jr., the Cardinals' CEO and principal owner. "He was an ambassador of the game around the country and a fan favorite who connected with millions of baseball fans across multiple generations. He will be deeply missed and forever remembered," according to CNN.

Our hearts are broken.

Lou Brock was an amazing player and outstanding person.

He loved the game and all of Cardinal Nation.

Lou Brock, one of the best hitters and base stealers in baseball history, died Sunday at the age of 81. A Brock family representative confirmed his death to the St. Louis Cardinals. https://t.co/oSAQRgsrkJ

Brock played a total of 19 seasons in Major Lague Baseball (MLB), of which 16 of them were for the Cardinals. Known as a "stolen ball specialist" as per the National Baseball Hall of Fame, he made more than 3,000 hits and is the only the second player with the most stolen bases in MLB history. His career began as an outfield for the Chicago Cubs in 1961, before being traded to the Cardinals three seasons later in 1964. Brock goes down as easily one of the greatest in the team's franchise history, the team revealed. Over the course of his 14-year reign at the Cardinals, Brock won the World Series titles twice, once in 1964 and once in 1967, before retiring a little over a decade later in 1979, where he averaged .304 at the age of 40. At the end of his illustrious career, he had a total of 3,023 hits and a batting average of .293.

“I was searching the dial of an old Philco radio. When he heard about Robinson, “I felt pride in being alive. The baseball field was my fantasy of what life offered.” ~Lou Brock https://t.co/EgO2xkU7wG

Jane Forbes Clark, chairman of the National Baseball Hall of Fame and Museum, said: "Lou Brock perfected the art of the stolen base over a 19-year Hall of Fame career and cherished his membership in the Hall." MLB Chairman Robert Manfred Jr. also issued a statement, saying: "Lou was among the game's most exciting players, becoming the 14th player in history to reach 3,000 hits and holding Baseball's all-time record for stolen bases in a season and career for many years. He was known for his dominant performances in his three career World Series. Lou was an outstanding representative of our National Pastime and he will be deeply missed." Meanwhile, his former teammate and fellow Hall of Famer, Ted Simmons, spoke about two things he would remember Brock by. "First was his vibrant smile. Whenever you were in a room with Lou, you couldn't miss it -- the biggest, brightest, most vibrant smile on earth," Simmons added."The other was that he was surely hurt numerous times, but never once in my life did I know he was playing hurt."

Love you Lou Brock. Prayers for you and your family. I’m thankful for your presence with me and our locker room.

Johnny Bench of the Cincinnati Reds wrote: "#LouBrock was my favorite challenge in my career! It was ridiculous how good he was! Amazing was his stats not just in the regular season but his W. S. stats are truly a stunning mind-blowing standard. Stealing 7 bases I believe twice! RIP my friend." Brock's achievements also saw him inducted into the National Baseball Hall of Fame in 1985, the first year he became eligible as per the official website. Brock was born on June 18, 1939, in El Dorado, Arkansas, and grew up in Louisiana. After his playing career, he remained active in various off-field roles including being a part of the Cardinals' broadcast booth while serving as a base-running consultant with Minnesota Twins, Montreal Expos, and LA Dodgers. He is survived by his wife Jacqueline, his two sons, Lou Jr. and Emory, daughter, Wanda, stepchildren Jacqueline Means and Marvin Hay, and his grandchildren.

Lou Brock was the first person from the @Cardinals organization that I met. I walked into the spring training clubhouse put my stuff down, turn around, and here comes Lou... walking right towards me. He hands me a ball and says, "Will you sign this for me?" (cont'd) https://t.co/jf9J17GwSP