With an entire generation growing up accustomed to digital clocks, the analog clock seems to be losing its relevance. 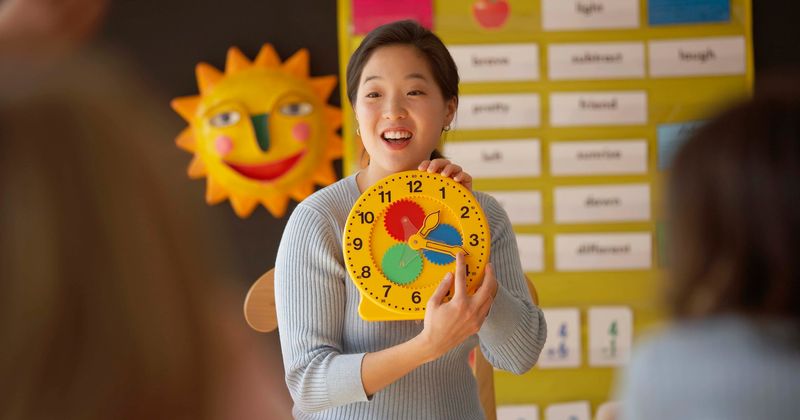 Our first instinct when it comes to checking the time is to quickly glance at our phones. Long before the advent of phones, we looked to our wristwatches and wall clocks to get a sense of time. With an entire generation growing up accustomed to digital clocks, the analog is dying a slow death. Schools are now officially removing analog clocks from examination halls because students can't tell the time from looking at them, noted the head of a teachers’ union, reported The Telegraph. The move came after students sitting their GCSE and A-level exams complained they couldn't read the correct time from the analog clocks installed in the halls.

Schools are now recognizing the needs of the students and looking to make the shift to digital clocks. “The current generation aren’t as good at reading the traditional clock face as older generations,” said Malcolm Trobe, deputy general secretary at the Association of School and College Leaders (ASCL). Trobe said the teenagers had become used to reading the time from digital devices, so it was an easy decision to make. “They are used to seeing a digital representation of time on their phone, on their computer. Nearly everything they’ve got is digital so youngsters are just exposed to time being given digitally everywhere," he added.

While some may complain of analog clocks being an integral part of the learning curve, the schools are focused on making the exams as easy as possible for the students. Students shouldn't be wasting their energies on trying to figure out the time, especially when you're already racing against it to finish your exam. Trobe, who's a former headmaster, said the teachers also made a case for digital clocks as they want their students to feel as relaxed as possible during exams.

Trobe said it was an initiative from the schools in an effort to make everything as “as easy and straightforward as possible” for students during their exams. “You don’t want them to put their hand up to ask how much time is left,” said Trobe. “Schools will inevitably be doing their best to make young children feel as relaxed as they can be. There is actually a big advantage in using digital clocks in exam rooms because it is much less easy to mistake a time on a digital clock when you are working against time.”

While analog clocks may be going out of favor, they can still be quite handy. it's believed to help people with ADHD to improve their time management skills. Ari Tuckman, a clinical psychologist from Pennsylvania, said being aware of time, aided by the 'tick' of the clock helped them manage time better. “Everyone struggles with this on occasion,” said Tuckman, who specializes in ADHD. “But people with ADHD do more so.” He explained that people with ADHD often miss deadlines cause the sense of urgency “isn’t felt as much," reported U.S. News.

“The experience of missing a deadline or being tight with a deadline doesn’t translate to a sense of urgency,” said Tuckman. “It’s not that they lose track or forget so much as they don’t feel the restlessness in their gut that a non-ADHD person usually does. The pressure to do something earlier doesn’t exist.” Tuckman said analog clocks can help see and feel time. “External tools like an analog clock which allows you to see the movement of the hands makes time more concrete,” said Tuckman.