The nine-year-old girl's mother was furious after learning that her daughter was being bullied in a race-related issue. 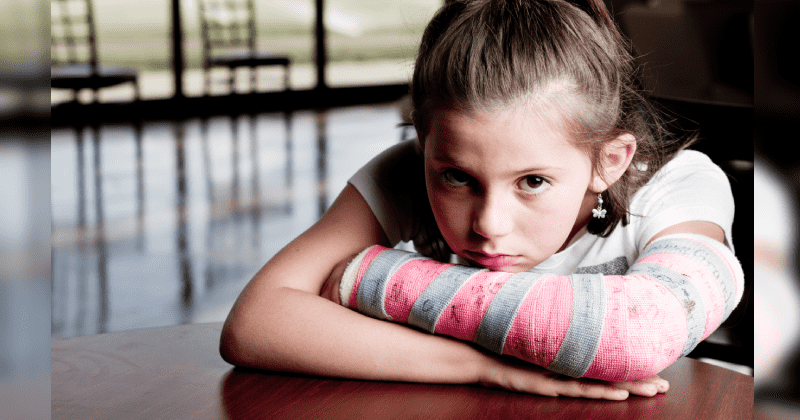 It's heartbreaking for any parent to learn that their kid is being bullied at school. As much as we want to fix the situation for our kid, it's never easy or straightforward. One mom who found out her daughter, 9, was bullied at school and wants the perpetrator apprehended. The school wasn't keen or punishing the kid who bullied her daughter, so the 38-year-old Mom turned to Reddit to ask if she should let it go.

"So I have 5 kids, all internationally adopted, as I am infertile. This in particular is about one of my daughters aged 9. I will call her Zoey as it starts with the same letter as her real name. Zoey just entered 4th grade, she's going to school in person this year. Well, one girl (I'll call her Cat) has been picking on Zoey a lot. I'm not one of those moms who makes a huge fuss over every little squabble," wrote the original poster, but added that the issue was race-related.

"Cat has picked on Zoey for being adopted, Asian, and also started rumors that she has the virus. Every time Zoey tries to tell her teacher, her teacher either brushes it off as "conflict" or says that Cat is dealing with a lot and not to mind her even though that is very hard for Zoey," wrote the 38-year-old. She decided to pen down every incident that her daughter complained about with regard to bullying at school. She did it for one of her older kids also but nothing came out of it. "I just write down the date and what they say happened in a notebook. It usually turns out to be nothing. I have done this for what Zoey has said about Cat," wrote the concerned mother. However, things boiled over. "Well, last week was the final straw. I got called by the nurse that Zoey had fallen out of a tree at recess and hurt her arm and she had to go to urgent care. I picked her up as soon as I could. When we got in the car she said what really happened was Cat told her if she climbed up the tree she would let her sit on the class bean bag or something like that. When Zoey did it Cat began shaking the other end of it. When Zoey fell out of the tree Cat ran away. When her teacher got there she tried to tell him what happened but he scolded her for climbing up there (granted he didn't know how bad it was) and took her to the nurse.

She found out her daughter's wrist had broken from the fall. "I guess she tried to catch herself from falling and ended up twisting it backward," she wrote, before adding, "After she was home with my husband I marched into that school p*ssed off. I ended up having a meeting with the guidance counselor and her teacher. Her teacher kept trying to call it a fight or conflict(giving them equal blame basically) or saying that she shouldn't have climbed the tree in the first place. Then he said that at the beginning of the year, Cat's parents told him that her Grandma died over the summer so cut her a little slack. Zoey's mother wasn't having any of it. "I said I didn't care and she should still be punished. He seemed shocked that I said I didn't care. We have this week off so I've taken a little time to cool off," she wrote, asking Redditors if she did the right thing. Reddit overwhelmingly supported her. A Redditor called on the school to take action, "They're just teaching this girl that it's perfectly acceptable to take out her pain on other people and to expect to get away with it." Another commented, "The whole narrative that 'bullies are the real victims' is a line of shit and Cat needs to be shown some consequences."