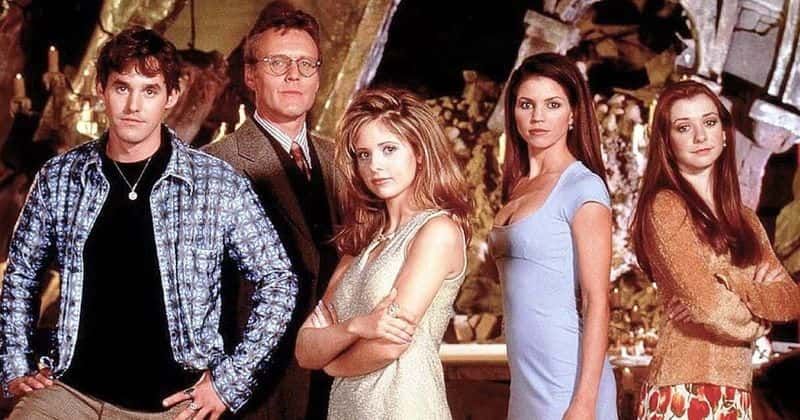 Actor Sarah Michelle Geller, famous for portraying the teen vampire hunter in Buffy: The Vampire Slayer, rolled back the years by posting a picture of her alter ego on her Instagram page last Tuesday. However, there was a special reason for the post. Buffy just turned 40. Far from being simply a birthday wish, Geller channelized the role to give a powerful message about fighting through the trying times. In the picture, a scene from the supernatural drama, the protagonist is seen holding a crossbow and pointing it straight towards the camera. With it, she wrote: I just realized that today is Buffy Summers 40 bday. I can’t even believe that. Geller further highlighted the lessons she learned from playing the character and asked people to face the present crisis head-on. She added: She taught that the hardest thing in the world is to live in it. So in her honor let’s all be brave. Live.

She wrote further: This may not be the way we are used to living our lives, but let’s find the beauty. So we can all live long and safely. Buffy ran for seven seasons airing from 1997 to 2003. Created by writer and director Joss Whedon, it followed the exploits of Slayer Buffy Summers and her group of friends that included the Scooby Gang, in a fictional town of Sunnydale. The main premise of the show was Buffy and her friends protecting the town from demons. vampires, demons, and other forces of the dark. The show gained wide popularity during the late '90s and 2000s and cemented Geller's celebrity status. This was a time when teen flicks and shows were on the rise and ruling the roost. Gellar had already attained popularity with her roles in various teen movies during that time such as I Know What You Did Last Summer (1997) and Scream 2 (1997).

She also starred in the romantic comedy titled Simply Irresistible (1999), as well as Cruel Intentions (1999). After the success of the show, she worked sporadically in television and made appearances in Ringer (2011–12), and in The Crazy Ones (2013–14) alongside Robin Williams. Geller and Buffy's fans responded with love and nostalgia to the post. One fan named oxyfromgotham commented: This character has saved my life. Thank you Sarah for embodying her perfectly and keeping her legacy alive. Fellow actor, Selma Blair had this to say in the comments: Happy birthday Buffy. Your words hit the spot. Since being shared, the post has been liked nearly 400,000 times. There are those who have called the show groundbreaking despite its limits. TV critic Emily Nussbaum said the show was among her favorites in the New Yorker.

She added the show was "turning television into something radical and groundbreaking" by "forging a mythic, feminist-inflected meld of horror, comedy, and teen drama." A number of showrunners such as Shonda Rhimes of Grey's Anatomy, Julie Plec of The Vampire Diaries’ and Supernatural’s Eric Kripke have spoken about how the show influenced them, according to Vox. In an interview, Gellar, who is married to actor Freddy Prinze Jr, spoke about showing the show to her kids - daughter Charlotte, 11, and son Rocky, 8  - during the pandemic. She said her kids were relentlessly asking her to let them watch the show. "I had never thought to show it to them," she said while adding,  "my son finally thinks I'm cool." When asked about a possible reboot of the show, Gellar said she was open to anything.

She said, "We left it open that any girl in the world 'who had the power, should have the power, can have the power, will have the power.' And I think that does leave it open to continue a story because that's how it works right? Don't reboot Buffy -- if you want to continue the story of Buffy's legacy, of The Slayers, of all of those -- we’ve left that open for you."