The Robin Williams Official Youtube Channel will bring us the best bits from his standup and other celebrity interviews about him. 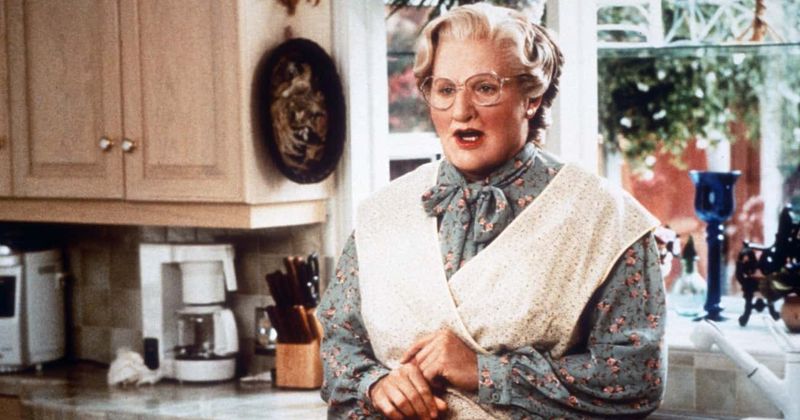 We've all watched a Robin Williams movie at some point or the other. From funny movies like Alladin, Jumanji, Mrs. Doubtfire, Flubber, and Night At The Museum to the more serious ones such as Good Will Hunting, Dead Poet's Society, and Bicentennial Man, he flitted between comedic roles and nuanced dramatic roles with equal ease. However, his death back in  2014 was one of the gravest misfortunes we've had to endure as we lost one of the greatest actors of his generation. Now, PEOPLE reports that Williams' estate wants to uphold his legacy and to that effect, has launched an official Youtube channel to share tidbits from his life on a regular basis. "The Official Robin Williams YouTube Channel celebrates the life and comic genius of Robin Williams," explains the channel.  "Whether you know Robin from the stage or from the screen, as a comedian, an alien, or a genie – be prepared to laugh and cry at these unforgettable and hilarious performances."

The channel was launched on Wednesday, April 1, and features moments from his stand-up routines and interviews from his family and friends. Among some of the videos already featured on the channel, there is Robin Williams Live on Broadway: Golf, Robin Williams Live on Broadway: Koko the Gorilla, Robin Williams Spark of Madness, and interviews with Jay Leno on his first impressions on meeting Williams and Lewis Black on how he became friends. He started his career with Mork and Mindy in 1978 and began to catch the public eye with his comedy routines before going on to earn three HBO comedy specials long before he even forayed into the acting field. In his extended career between 1977 to 2015, he went on to earn four Oscars for his performances in serious dramas, before winning the Best Supporting Actor award in 1998 for Good Will Hunting, starring alongside Matt Damon and Ben Affleck.

Despite being a major of comedic inspiration and making millions of people through his lifetime, Williams' final few days were anything but as he carried a painful secret underneath his cheerful exterior. In his book, Robin, New York Times columnist Dave Itzkoff highlights the personal struggles America's "most beloved and misunderstood entertainer" was going through in his final days. The book which features exclusive interviews of his family members, friends, and close acquaintance in Hollywood gives us a glimpse of the battles he was fighting inside beneath his chirpy demeanor.

Reportedly, the actor was having a hard time remembering his lines for his role in Night at the Museum: Secret of the Tomb, the third film in the series, which had a severe impact on his confidence. Talking to New York Post, Cheri Minns, a makeup artist, with whom Williams confided him in, said, "He was sobbing in my arms at the end of every day. It was horrible. Horrible. I said to his people, ‘I’m a makeup artist. I don’t have the capacity to deal with what’s happening to him.’ When he was urged to go back to standup comes to get out of the funk, Williams reportedly refused. "He just cried and said, ‘I can’t, Cheri. I don’t know how anymore. I don’t know how to be funny.'"

During one point in coping with what turned out to be Lewy Body Dementia, actor Robin Williams told his wife, Susan Schneider Williams, "I just want to reboot my brain!" Ms. Williams, an advocate for brain health, was the keynote speaker at today's #ANA2018 Presidental Symposium. pic.twitter.com/IEkm06TAC9

What came as a double blow for him was the misdiagnosis of Parkinson's disease, which seemed to knock the wind out of the once spontaneous, witty genius. It was only later after an autopsy was done was it revealed that Williams had Lewy Body Dementia, an aggressive and incurable brain disease with risks of suicide. Susan Schneider Williams, the third wife, even wrote an article for Neurology.org titled "The terrorist inside my husband's brain" in 2016, where she narrated the truly horrific nature of his last few days on earth. "As you may know, my husband Robin Williams had the little-known but deadly Lewy body disease (LBD). He died from suicide in 2014 at the end of an intense, confusing, and relatively swift persecution at the hand of this disease's symptoms and pathology," she wrote.