Filming is set to begin in Budapest next month. Fans of Zombie are excited to see how he would adapt the movie for today's times. 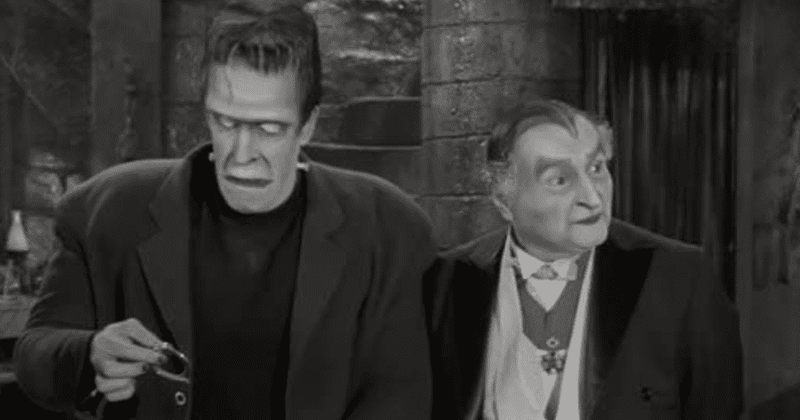 Singer-songwriter and filmmaker, Rob Zombie, is set to write and direct a reboot of The Munsters exclusively for the streaming service, Peacock. Zombie, one of the founding members of the now-disbanded metal band "White Zombie" is also known for his Firefly Trilogy films - House of 1000 Corpses, The Devil's Rejects and 3 From Hell - besides many others. According to Murphy's Multiverse, Zombie has earlier expressed his love for the original movie that aired on CBS during the 60s and said he watched each episode "17 times." The movie is set for production with shooting to done in Budapest from next month. His wife, Sheri Moon Zombie, will star as Lily Munster while Jeff Daniel Phillips will play Herman Munster. The two have appeared in previous movies directed by Zombie.

Other roles will go to Dan Roebuck, Jorge Garcia, and Richard Brake as well as Cassandra Peterson, who will appear in a supporting role. The movie will go to theatres via Universal Pictures/UPHE. The film is about a "family of friendly monsters have misadventures, never quite understanding why people react to them so strangely." Fans of Zombie would love to see how he would adapt the movie for today's times and in the unique style his fans have come to expect.  "I think for the most part, with most horror movies, it's the weird ones that seem to stick with people. It's not the blockbusters that did $100 million that was everywhere, that everybody loved. Sometimes those just get forgotten. It's kind of the weird movies that really hit the fanbase. Like Evil Dead — that wasn't a blockbuster that did $100 million," Zombie told Loudwire about his take on cult movies in an interview.

Rumored to be directing and penning there script, it looks like @RobZombie is going to take on one of his favorite television classics. #TheMunsters https://t.co/yXWBK4mBpd

He added, "It's a movie most people, at the time, had never even heard of. Those are the ones that stick around." According to Movie Web, Zombie's appreciation for the original movie came through when he covered the show's theme song. Zombie also made a reference to the show in one of his popular songs named "Dragula." Radio host, Howard Stern, has described how Zombie gave him a Herman Munster puppet as a surprise gift. Zombie also featured on the commentary track for Scream Factory's Blu-ray release of Munsters, Go Home. The original show had 70 episodes when it aired between 1964 to 1966. The show has a cult following in the years since it last aired and became even more popular when it was syndicated and aired on Nick at Nite. The original cast of the movie saw Fred Gwynne as Herman Munster, Yvonne De Carlo as Lily. It also had Al Lewis as Grandpa, Butch Patrick as Eddie.

Zombie began venturing into filmmaking after achieving success as a musician and rocker, according to Encylopedia. He wrote and directed House of 1000 Corpses in 2000, which was too violent for the studios and refused to release the film. "I was really upfront with them. They had the script ... They saw the dailies.... [I]t's not like they didn't know what I was doing," he said in an interview. The movie was finally released under Lion's Gate Entertainment in 2003. His other movies include The Lords of Salem, 31, a remake for Halloween in 2007 followed by a sequel, Halloween II.