Rob Lowe Celebrates 30 Years Of Sobriety: 'I'm Filled With Gratitude, There Is Hope'

The 56-year-old shared the news of his milestone on Instagram. 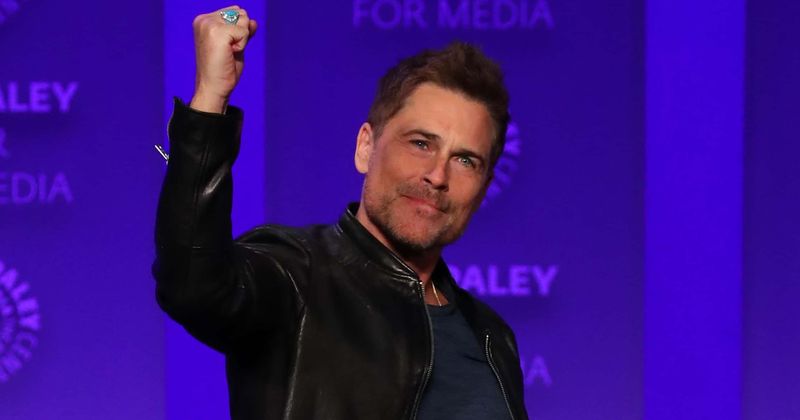 It's been 30 years since actor Rob Lowe got sober and he's sharing the great news on Instagram. He captioned the recent photo of himself, writing: 30 years ago today, I found a sober life of true happiness and fulfillment. I am filled with gratitude on this anniversary. From a treatment center in Arizona to a bomb shelter in Israel, I have come to know many extraordinary people, and the fellowship of recovery has changed my life and given me gifts beyond my selfish imaginings. If you, or someone you love is struggling with any kind of addiction, there is hope! Love to you all. Many congratulated the 56-year-old's milestone: one of the being actor Benjamin Hollingsworth who aptly said: Amazing. The strongest part of a truly great man is his will.

Lowe shares sons John, 25, and Matthew, 27, with his wife of nearly 30 years, Sheryl Berkoff, according to US Weekly. Lowe’s youngest son, John Lowe, also struggled with alcoholism but took inspiration from his dad and shared that the news that he was two years sober. John posted on Instagram last month: I haven’t been vocal about my sobriety on here just because I felt it was something I wanted to keep personal, but I had a change of heart today. Two years in and I am more grateful than ever to have a community of support and friends who continue to build me up and hold me accountable. Rob responded with support and wrote: I have never been more proud Your hard work is an inspiration. Keep Coming Back.

Rob Lowe gave up drinking at age 26, according to TODAY. The actor, author, and director committed to sobriety on May 10, 1990, and in 2014, Lowe told Oprah Winfrey that he loved going to rehab. "I didn't love the fact that I had to go and it was unbelievably painful but I like the science. I couldn't have gotten sober without rehab because I needed the science ... I needed to do the work. It was like going to law school," he said. Lowe tweets about celebrating his recovery every year on May 10 and May 11. In 2017, the Parks and Recreation alum said he was “Grateful to God” for his “happy destiny.”

I think we could all agree that young rob lowe pic.twitter.com/k5LSV6GnnB

He also attributed his sobriety to a sex tape scandal in 1988. “It’s one of the reasons why I got sober. I woke up one day and I was like, ‘What am I doing with my life?’ I’m 29 years in and like people talk, but it’s the best thing that ever happened to me. Honestly, I do because it got me sober, sober got me married. I’ve been married 29 years and I have two great sons. I don’t think any of that happens without going through that scandal,” said Lowe.

He has credited other celebrities who have helped him through sobriety. One such person is actress and fellow co-star Demi Moore. Lowe spoke about Moore, 56, while on The View, saying his St. Elmo’s Fire costar “was the first person I ever knew who got sober.” “She was a huge inspiration to me,” he said. “It was the '80s, we were all doing our thing. I just remember thinking, ‘If that girl can get sober, anybody can.’ Everybody has that person in their life where they go, ‘That’s a great example.’ So it was very helpful.”

Rob Lowe saw Steven Tyler, as someone who could still have fun without using drugs or alcohol, and he learned to do the same. https://t.co/8U0US3lqiJ

Rocker Steven Tyler was a huge inspiration as well to the Golden Globe-winning actor. “I’ve been sober for 30 years,” said Lowe. “When I first got sober, I thought, my life is sober. My fun is done, and I’m not going to be cool anymore. I came home when I was probably sober two or three weeks and I got a call from Steven Tyler, who I did not know. He called to say ‘I heard you are in recovery and I just wanted to say hey, I’m thinking of you dude.’ If it’s good enough for f—ing Steven Tyler, it’s good enough for me.” In another interview, he revealed, “I was so excited that I could still be cool and not have to be the life of the party. And that there was a great club of people in the world who have had fun, killed it, been there done and were willing and able to turn a new page and have an even better life. That’s actually more fun and more exciting.”

If you or someone you know is struggling with addiction, please reach out to the National Drug Helpline at 1-844-289-0879