Grandma-To-Be Demands To Stay In Delivery Room For Grandson's Birth, Says 'It's Her Right'

Redditors condemned the grandma-to-be for not respecting her future daughter-in-law's wishes, who wanted her husband in the delivery room instead. 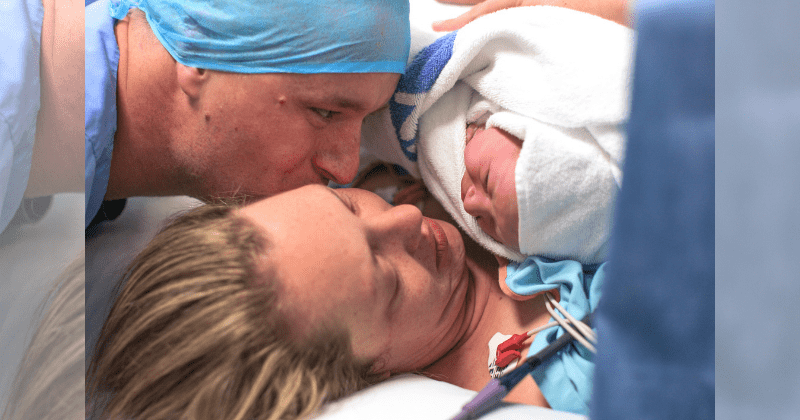 For every mother, bringing their child into the world is the most precious moment of their lives. This priceless experience is also an extremely personal one and it's understandable if the mother wishes to have only a select few people in the delivery room. Most women prefer to just have their partners witness the birthing process. But one would be mother-in-law thought her son's pregnant fiance was being super unreasonable for not allowing her into the delivery room instead of her partner.

Reddit user 6009809791 posted her concern on Reddit's popular subsection "Am I The A**hole" writing: I'll just explain this situation real quickly. My son 23y and his fiancee 21y are expecting a baby boy. Clearly, it wasn't planned. My son told me privately that he wasn't ready to be a dad especially since he wanted to get married first, finish college then think about kids. But his fiancee insisted on going through with her pregnancy. She too is a college student and has no income. Thus, the Original Poster ended up paying for most of the expenses.

I found myself already paying for the nursery/clothes/essential stuff the baby will need and I was told to step in since he's my grandbaby. Plus having to pay for her vitamins/doctors appointments/food etc. While my son has been focusing on studying. He kept telling me to do things on his behalf since he was busy. I honestly felt worried the baby won't get the attention and care he needs with my son's behavior, she continued. After talking to my son he said it was okay for me to be present in the delivery room with his fiancee to welcome my grandbaby and also support her. I thought we were on good terms till she blew up on me when I brought it up to her saying no she doesn't want me there and wants my son instead.

Since she was paying for most of the expenses, the OP thought it should give her access to the delivery room too. I was upset with how she was behaving especially after everything I've done, shared the Redditor. I think I deserve some respect and my voice to be heard but she kept lashing out at me when I told her I had the right and demanded to be present in the delivery room. She then went to my son and started yelling at him calling him immature and selfish and doesn't deserve to be a dad since he wasn't interested like he's interested in his study. When OP asked others if she was wrong to demand such a thing from her future daughter-in-law, most people responded with a "YTA."

User TiraAnya wrote: YTA: You’ve given birth before. You know how intimate and scary it can be. Support the mom in HER choices. I get the confusion and can see where you felt like you’re not being appreciated, but the minute you were told "no” you should have stopped and accepted. Another User INTJedi pointed out at her son was in no position to give her permission because it was his partner who was giving birth. It's not the son's call AT ALL. There's a big difference between getting to grandma and getting a front row seat to someone's nether-regions. Boundaries, woman. Boundaries. (YTA) and ew, they shared. User Shadyside77 noted the "current conditions" due to which many restrictions have been put in place, including the number of people who are allowed to be present. To this Bananapanda123 responded saying, OP knows that. She wants to be there instead of her son, not in addition to him. That’s why the mom-to-be said she wants her fiancé - she’s picking her single support person she gets to have.