trending celebrity people lifestyle news animals
Rare Orchids Look Like A "Baby In A Cradle," And They're Gorgeous

Rare Orchids Look Like A "Baby In A Cradle," And They're Gorgeous

The "tulip orchids" often have a white or creamy complexion, and smell like cinnamon. 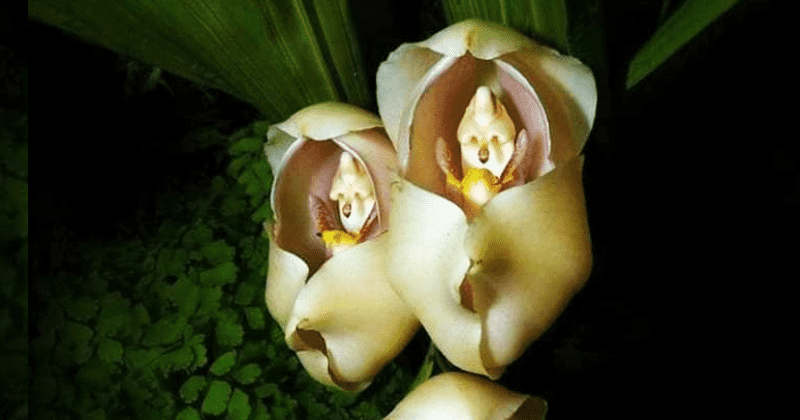 Anguloa uniflora orchids are unlike any other orchid or even flower for that matter. You often do a double-take after seeing them. The special orchid looks like a baby in a cradle. This rare species is found in the Andes regions around Venezuela, Columbia, and Ecuador. Anguloa uniflora orchids are often called tulip orchid or swaddled babies orchid. They are also called tulip orchids because of their resemblance to the tulip flower. The orchid gets its scientific name from botanist Don Francisco de Angulo, who helped classify specimens. The swaddled babies orchid were discovered by botanists Antonio Pavon Jimenez and Hipolito Ruiz Lopez from Chile and Peru during a ten-year-long expedition from 1777 to 1788, according to Orchidplus. They named the orchid to honor the Don Francisco de Angulo, even though it took another 10 years since the discovery.

The tulip orchids usually grow up to a height of 18-24 inches. It's the unique shape of the flower that really makes it stand out. The flower looks like a baby cuddled and wrapped inside a swaddling cloth. The flowers are either completely white or have a wheatish color while being waxy in nature. Unlike many plants, the flower is much larger in comparison to the plant. Their leaves are slender and pleated with chubby conical pseudobulbs. The Anguloa uniflora blooms during the spring season and is extremely fragrant, often noted to smell like cinnamon. The tulip orchid has 10 species in the genus and all of them are found in South America.

A greenhouse and high humidity are key factors for those wanting to grow these tulip-shaped orchids. The flowers bloom for longer under low-light conditions. A heated greenhouse, solariums, and protected warm home interiors help gardeners grow the orchid, according to Gardening Know How. Experienced growers say the tulip orchid should be watered for 7 days in summer and slightly less in winter. They also need to be misted at least 5 times during summer. While growing the rare orchid might be cumbersome, the spicy scent and long-lasting blooms make the effort worth it.

Growers would do well to plant them in plastic pots with drainage holes. A soil that's a mixture of bark and perlite mixed with some charcoal or coarse peat works for the tulip orchid. Commercially prepared orchid soils imitate the natural growing environment in the South American forests which help prevent root rot while allowing for good drainage.