The news came to light after officers responded to a medical emergency at around 1:50 p.m. on the 5200 block of White Oak Avenue in Encino. 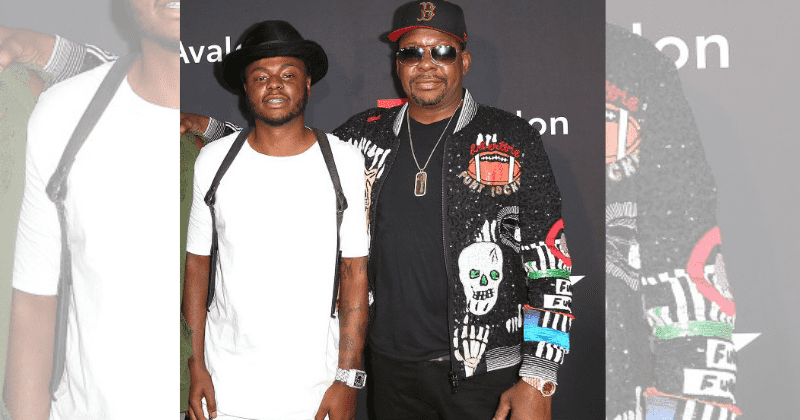 Bobby Brown Jr., the son of singer Bobby Brown, was found dead at a Los Angeles home on Wednesday, as per the Los Angeles Police Department. The news came to light after officers responded to a medical emergency at around 1:50 p.m. on the 5200 block of White Oak Avenue in Encino. According to the LA Times, Officer Jeff Lee, a spokesperson for the department, said: "Upon officers’ arrival, there was a person down at the location." Brown Jr., 28, was pronounced dead at the scene, and investigators said they didn't believe any foul play was involved.

Although an autopsy was completed on Thursday, the cause of death has been deferred, according to Sarah Aardalani, spokesperson for the LA County Department of Medical Examiner-Coroner. In a statement, she said: "The medical examiner is requesting more investigation into the death, including additional studies." The process is said to take at least a few weeks to complete, per Ardalani. Brown is "devastated" by his son's loss and is urging fans to keep his son in their prayers. In a statement to TMZ on Thursday, the singer said: "Please keep my family in your prayers at this time. Losing my son at this point in our lives has devastated my family. There are no words to explain the pain."

Several family members of Brown Jr. told TMZ that he was experiencing flu-like symptoms prior to his death but said he had tested negative for the coronavirus when a test was administered. Brown Jr.'s brother Landon also spoke out about the death by posting a black-and-white photo on Saturday on Instagram. "I love you forever King", he wrote in the caption. In another post the following day, he posted a video of the brothers singing to Justin Bieber's "Love Yourself" and added an emotional caption that read: "Everything hurts King...."

The death is yet another tragedy for Brown and comes five years after he lost his daughter, Bobbi Kristina Brown, in 2015. The 22-year-old, who was also the daughter of legendary singer Whitney Houston, was found unresponsive in her bathtub. An autopsy conducted on her revealed that there were several narcotics and prescription drugs in her system, including alcohol, marijuana, and medications used to sedate and treat anxiety. The underlying cause of death, in the case, was defined as an "immersion associated with drug intoxication." She was buried with her later mother Houston, who passed away in 2012 at the age of 48. In July this year, Brown posted a photo of his late daughter to mark the fifth anniversary of her death with a heartfelt tribute. "There’s no way to explain how I feel I miss you so much little girl you stay in my heart on my mind every day daddy loves you," he wrote.