trending celebrity people lifestyle news animals
Queen Elizabeth Won't Step Down From Throne, Has 'Vowed To Serve Until Her Death'

Queen Elizabeth Won't Step Down From Throne, Has 'Vowed To Serve Until Her Death'

The monarchy plans to celebrate her 70-year reign with four days of celebration in June, 2022. 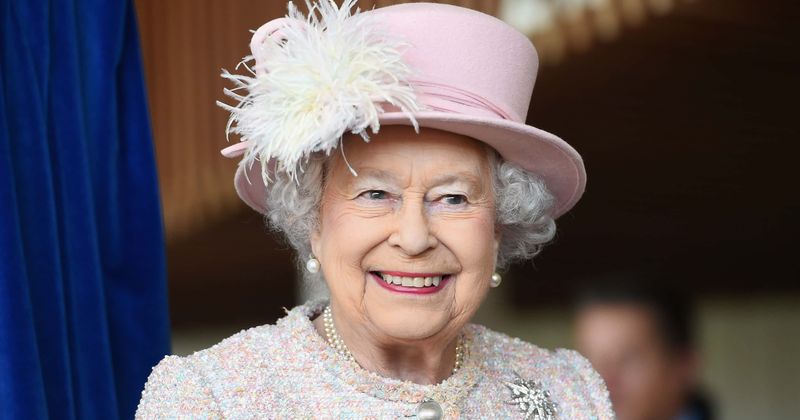 Long may she reign 'cause age got nothing on this Queen! It seems the 94-year-old British monarch isn't planning to leave the throne anytime soon. There have been plenty of rumors claiming that the British royal was planning to step down next year. Her eldest son Prince Charles, 72, is next in line to the throne, followed by his son Prince William, 38. According to Vanity Fair, Buckingham Palace’s culture secretary Oliver Dowden has announced details of a four-day “blockbuster weekend of celebrations” to celebrate Her Majesty's 70-year reign in 2022. A Buckingham Palace spokesman said, “The Platinum Jubilee offers an opportunity for the Queen to express her thanks for the support and loyalty Her Majesty has received throughout her reign. The Queen hopes that as many people as possible will have the opportunity to join the celebrations.”

Biographer and royal commentator Robert Jobson originally made the claim to the TV network True Royalty earlier this month that Queen Elizabeth, who is Britain’s longest-running monarch, would announce her retirement next year. “I still firmly believe when the queen becomes 95, that she will step down,” he claimed. Jobson also quoted unnamed palace officials in his book, Charles At Seventy, that the Queen could stand aside when she turns 95 years old, giving Charles power to reign in her place as prince regent. But it looks the platinum jubilee announcement puts that claim to rest. Also, sources at Buckingham Palace insist there are no plans for the monarch's retirement and in fact, the 94-year-old is in robust health and looking forward to a national celebration in 2022. The queen’s biographer Sally Bedell Smith also pointed out, “Her Majesty will most assuredly not step down when she turns 95 in April 2021, although with the Platinum Jubilee to follow in 2022, she'll likely want to celebrate the birthday with minimum fuss. Unless she becomes incapacitated mentally or physically (which would trigger the Regency Act), she will remain Queen until her death.”

Here's a quick history lesson: Queen Elizabeth II was only 25 years old when she unexpectedly ascended the throne after her father King George VI died prematurely in 1953. In 2015, she won the title of being the longest-ruling monarch in U.K. history. According to PEOPLE, she surpassed her great-great-grandmother Queen Victoria, who spent 63 years and 216 days on the throne. Earlier this year, she served as the British monarch for 68 years and 34 days.  Mayan ruler K’inich Janaab Pakal, known as Pakal the Great to become the fourth longest-serving monarch of the world. She still has a few years to go to become number 1! King Louis XIV of France ruled for 72 years and 110 days, followed by Thailand’s King Bhumibol Adulyadej (70 years, 126 days), and King Johann II of Liechtenstein (70 years, 91 days).

The story of the royals is back in the limelight thanks to the fourth season of The Crown dropping on Netflix earlier this month. Daily Mail quoted sources who believe that the senior royals are upset by the inaccuracy of the show. One inside reportedly told the Mail, "This is drama and entertainment for commercial ends being made with no regard to the actual people involved who are having their lives hijacked and exploited. In this case, it's dragging up things that happened during very difficult times 25 or 30 years ago without a thought for anyone's feelings. That isn't right or fair, particularly when so many of the things being depicted don't represent the truth." Prince William "is none too pleased with it. He feels that both his parents are being exploited and being presented in a false, simplistic way to make money," the source said.

“…it was only then in the read-through when you go, ‘Oh she is so much younger. And she is so innocent. And this is a disaster waiting to happen. And none of them have seen it.’ https://t.co/JEA62K2nUH#TheCrown Cast and Creator Reflect on Season 4 and #PrincessDiana’s Arrival pic.twitter.com/AeCX33OXiC

CNN reports that show creator Peter Morgan has defended the series, including its "imagined scenes". One of them is where Mountbatten is shown to write a letter accusing Charles, portrayed by Josh O'Connor, of contemplating such "ruin and disappointment" to himself and his family, and orders him to instead marry "some sweet and innocent well-tempered girl with no past." Morgan addressed the show's portrayal of their interaction in an episode of The Crown podcast, explaining that, while he "made up" the scene, he believed that it would have aligned with Mountbatten's views. "I made up in my head -- whether it's right or wrong -- what we know is that Mountbatten was really responsible for taking Charles to one side at precisely this point and saying, 'Look, you know, enough already with playing the field. It's time you got married and it's time you provided an heir,'" Morgan said.