Prince Harry is isolating for five days at Frogmore Cottage. No sooner had he arrived, it is believed that he was visited by his grandmother. 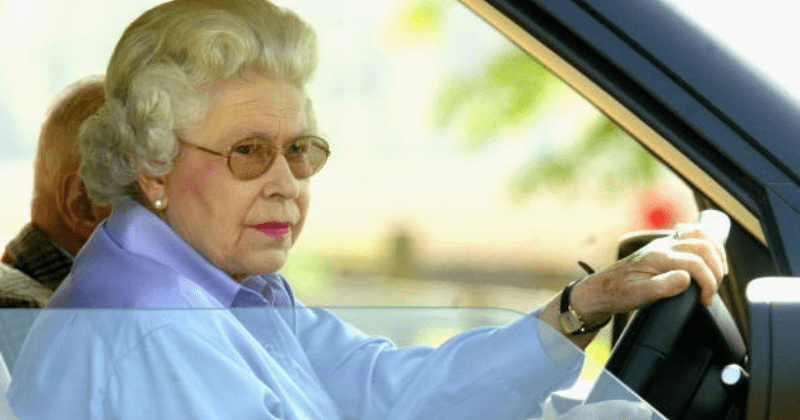 Prince Harry is now back home, a week before the unveiling of the new Princess Diana statue that is set to happen on the occasion of her 60th birth anniversary. The statue will be on the grounds of Kensington Palace and Prince Harry is isolating for five days at Frogmore Cottage. No sooner had he arrived, it is believed that he was visited by his grandmother.

The queen was spotted driving her green Jaguar car towards the cottage where her grandson was staying, barely 30 minutes after his arrival in the country. The Duke of Sussex was driven from London Heathrow in a convoy of royal vehicles towards his old home in Windsor.

The Queen was seen heading to the cottage around 30 minutes after Harry's arrival. https://t.co/jretMxj44f

This is Harry's second visit after his explosive and tell-all interview with Oprah Winfrey where he revealed a lot of problematic details about his family. The last time he was here was 10 weeks ago, to attend his grandfather Prince Philip’s funeral in April, which was an awkward situation overall. But the queen is willing to look past "everything that has gone on" and assume the role of a "peacemaker," according to a source who told The Sun. Even during his previous visit, the queen met with Harry several times outside. It was evident at the time that Harry's relationship with his father and brother was strained.

"It is quite something. No sooner had Harry been driven from Heathrow to Frogmore Cottage than the Queen was on her way down," the source stated. "I'm sure they would have plenty to talk about. The Queen would obviously want to see her grandson after everything that has gone on and could take this opportunity to act as the peacemaker." Harry is visiting by himself again. Last time, his wife, Meghan Markle was advised not to travel because of her pregnancy, and this time she is with their son and newborn daughter, whom they named after his late mother Diana and the queen's nickname, Lilibet.

This is yet another opportunity for the royal family to patch things after Harry and Meghan stepped back from their duties as senior members of the family. Harry also stated that he moved his family to the US to “break the cycle of pain” that was caused by his father, Prince Charles, and the death of his mother. For now, it seems that Harry and Prince William have declared a truce for the sake of their beloved mother. They will both be at the unveiling of a statue for Princess Diana next Thursday and will also be giving speeches at what will be an emotional occasion for the family.

The statue for Princess Diana was confirmed last year. “Our mother touched so many lives. We hope the statue will help all those who visit Kensington Palace to reflect on her life and her legacy,” the brothers wrote in a joint statement at the time. Their relationship was already at odds at the time but their love for their mother keeps bringing them together again and again.  "For all their differences, the two are still totally bonded on preserving their mother's legacy," a source stated.

Elle reported that it was not confirmed that the queen met with her grandson owing to the restrictions in place. But the two share a close relationship. “I’ve spoken more to my grandmother in the last year than I have [in] many, many years,” Harry had mentioned in the Oprah Winfrey interview earlier this year. “My grandmother and I have a really good relationship and understanding, and I have deep respect for her.” He had also revealed in a later interview that he had kept in touch with his grandparents, although it was rumored that he was not on speaking terms with Charles or William.