"Diana made me promise to keep an eye on both you and Harry to make sure you’re both OK, and to give you warnings of danger signs," the psychic claimed to write in a letter sent to William. 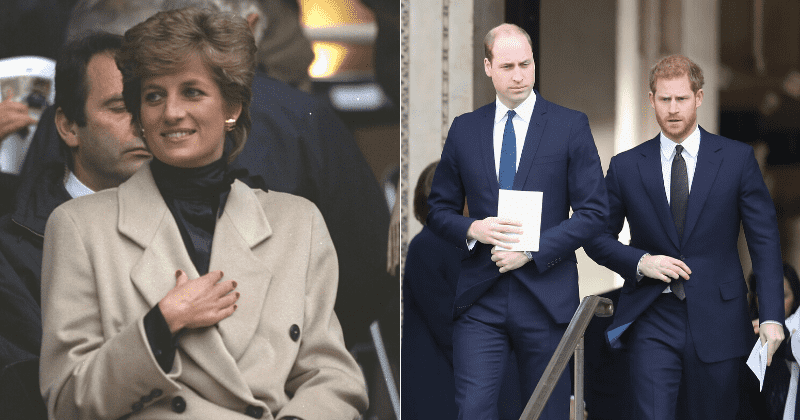 A psychic claims that the late Princess Diana makes regular “appearances” at her London home and has been recently talking about her sons. Simone and Diana allegedly first met way back in 1993 at The Hale Clinic, an alternative medicine center in west London. According to The Daily Star, healer Simone Simmons said that Diana fears for her younger son Harry ever since his decision to step down as royals with wife Meghan earlier this year. Simone, who claimed she would speak to Diana for up to 14 hours on the phone when she was alive, said: “It’s going from bad to worse. Harry’s been separated from everything he loves – his family and his friends, including the Army boys he loved. Diana told me Harry is feeling more and more isolated and it’s like torture for him."

Simone alleges to have sent a letter to Prince William saying that he needs to come to his brother’s help. She said, “Diana comes and talks to me – I see her body and she’s very animated at times. I got so fed up of it all I wrote to William, but he hasn’t responded.” Simone wrote: "Diana made me promise to keep an eye on both you and Harry to make sure you’re both OK, and to give you warnings of danger signs. I am writing, actually I’m begging you, to listen because Meghan will isolate Harry, and eventually cause him to attempt radical, possibly lethal, ­self-destructive actions. If you want to respond, feel free. We MUST save Harry. I’m going to write one more letter to him, but I’m told he and William refuse to read correspondence from their mother’s friends because they have been told we are not to be trusted. It’s so sad as it’s the only way they will get to hear the full truth about their mother,” she went on.

Tabloids go on to report that Prince Harry is "lonely" in LA. The couple is staying at a $17.9 million villa and is surrounded by Meghan's close friends. But Harry reportedly misses his old Army comrades back in England. Primatologist Jane Goodall said she had spoken to Harry last month. She said that he had confided in her that he was finding his new life somewhat difficult. She said, "I don’t know how his career is going to map out, but, yes, I’ve been in touch – though I think he’s finding life a bit challenging right now." But won't that be the case for anyone who shifts base? Won't it obviously take time for him to adjust to a new life, especially after being brought up in a traditional, that too, ROYAL household?

As for his relationship with his brother, Harry once mentioned to ITV that there were tensions between the two. ITV's Tom Bradby asked, "There's been a lot of news in the press about rifts with your brother. How much of that is true?" This is what Harry had said in response, "Part of this role, part of this job, this family, being under the pressure which it's under, inevitably stuff happens. But we are brothers. We will always be brothers. We are certainly on different paths at the moment, but I will always be there for him, and as I know he will always be there for me. We don't see each other as much as we used to as we are so busy. But I love him dearly and you know the majority of the stuff is probably — well, the majority of the stuff is created out of nothing. But as brothers, you have good days and you have bad days."

The brothers may not be too keen on yet another TV series about their late mother. Now a new documentary Being Me: Diana, “will tell of her mental health battles, eating disorders, unhappy marriage to Prince Charles, and painful childhood. The series is to use unseen footage from Diana’s speeches in 1990 to 1992 and interviews with people close to her to focus on her inner turmoil just before she and Charles officially split.” According to Cosmopolitan, the four-part documentary series is claiming that Princess Diana tried to kill herself. A source said, “The royals will refuse to take part as will the Spencer family. William and Harry will be very upset and angry. It’s particularly distressing for Harry because he’s been working with Netflix. At a time when the royals have been dealt a blow with Harry and Meghan leaving, the timing is not good.”

I love this picture of Princess Diana with her sons it's one of my favourites 💕 pic.twitter.com/VONNLXzMnS