Her students couldn't do much except watch in absolute horror through the Zoom screens as she collapsed and slowly passed away. 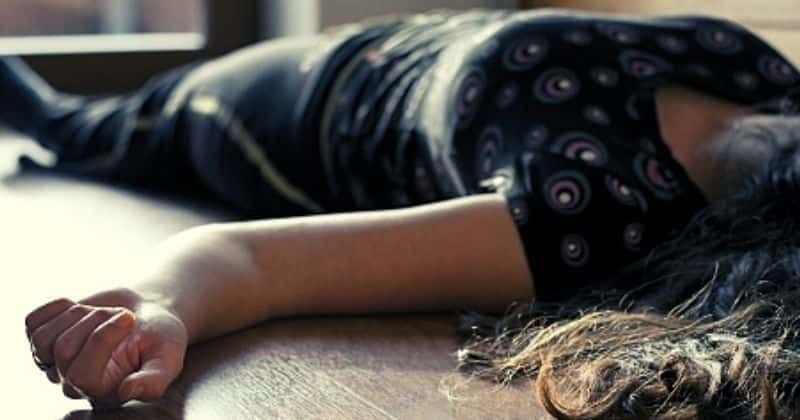 It is disconcerting to see a person lose their life before one's own eyes but that's what this group of students, unfortunately, had to endure after their college professor collapsed in the midst of a lecture. Her students couldn't do much except watch in absolute horror through the Zoom screens as she collapsed and slowly passed away. As per The Sun report based on Diari Mes, an Argentinian publication, Paola De Simone, 46, a history professor at Universidad Argentina de la Empresa in Buenos Aires had been complaining to her students that she had been having trouble breathing a week before the incident.

College Professor Paola De Simone, 46, died during a Zoom lecture for the Universidad Argentina de la Empresa in Buenos Aires, after weeks of attempting to recover from COVID-19 https://t.co/jARxP0nKDb

Before collapsing, Simone reportedly asked her students to send emergency services to her address before weakly mouthing  "I can't" and collapsed. When her husband returned home, he found her body lying motionless. The professor had previously tweeted about her health issues back in August and had written: "It is very complicated. I have been here [with the virus] for more than four weeks and the symptoms do not go away. My husband is exhausted from working so much at the moment." One of her students, Ana Breccia, who witnessed her teacher's final moments gave a statement according to New York Post and said: "My classmates and I in class were the last ones she spoke to. She began by saying that she had pneumonia, we saw it was worse than in previous classes. At one point she could not continue passing slides, nor speak and she became unbalanced."

Another student spoke about the teacher and said she was an "unforgettable teacher, of those who give you a hand in everything, who makes you love what you study, who go out of their way for their students. We are going to miss you a lot." Silvina Sterin Pensel, one of Simone's former classmates, at Universidad del Salvador was in shock after she heard that she was teaching in spite of being in poor health. In a conversation with The Washington Post, Pensel, a journalist in New York, said: "I totally portray Paola deciding, ‘I can totally do this, my students need me.'” She said that her former classmate's death is a “sad reminder that the virus is real." She said, "You could tell already she had a bright future ahead in teaching or in any endeavor, she set her mind to. She was already displaying this critical thinking you find more in a professor than in a student."

Michelle Denise Bolo, one of Simone's older students, said she was not only energetic but also provided her full attention. She said: "Her classes were at 7 a.m., it was very difficult sometimes, we were sleepy, but it was crazy because everybody listened to her. By the end of the class, nobody wanted to leave, everybody wanted to keep talking about what she was explaining." When she heard about her beloved teacher's passing, she was devastated and organized for her friends and former classmates to share their memories of Simone. The 21-year-old added: "It was like we kind of needed that sharing of memories, it was very heartbreaking when we found out,” and added, “She managed to show herself and talk about her life and her passions and her other jobs. She was very personal but also super professional. There are teachers that are sometimes unapproachable — she was nothing like that.”

The Universidad Argentina de la Empresa wrote an emotional statement announcing Simone's death and said the incident has left the institution with “deep pain.” It concluded, "Paola was a passionate and dedicated teacher, and a great person, with more [than] fifteen years of experience."

A 46-year-old university professor with coronavirus died while teaching a virtual class, Argentina

Paola de Simone, died while teaching a virtual class, the minutes before her blackout were recorded and it was her students who tried to help her pic.twitter.com/QaHK6cNij9