"Doing what he's doing is only going to cause him so much more pain," he told Closer. 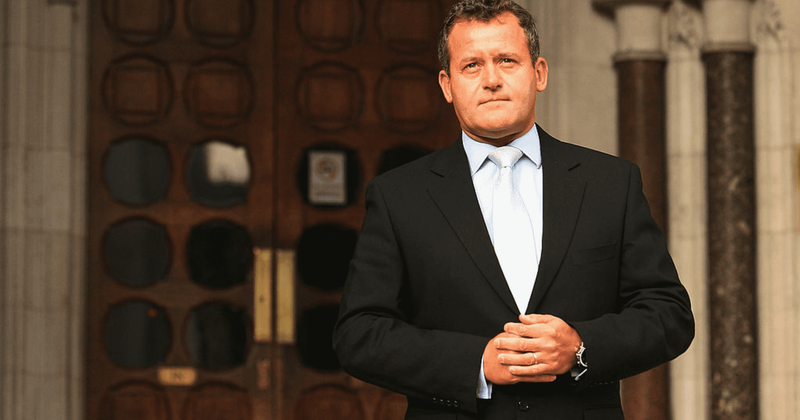 In a bombshell interview, Princess Diana's former butler Paul Burrell has claimed that the late royal would be "heartbroken" if she were to watch Prince Harry air the family's "dirty laundry" in a series of US interviews. The 62-year-old spoke to Closer Magazine and said he hopes Harry will stop giving interviews with publications after his tell-all interview with Oprah in March this year because he's going to regret it in the future. Burrell said Harry's most recent outings in the Apple+ docuseries The Me You Can't See will leave him a "broken" man.

"Doing what he's doing is only going to cause him so much more pain. I don't recognize him now - he's almost become the center of his own world," he told Closer, according to Mirror. "He's hurting his family and saying things that I think he'll regret." The former royal aide also threw shade on Harry's wife Meghan Markle claiming he's been "blinded" by her.  "He's been blinded by Meghan, by her beauty, and by this Hollywood world," Burrell said, adding that Markle can put an end to the public shaming of the royals. "I think now it could only be Meghan who can stop him from doing these interviews and doing any more damage, and destroying himself. He won't heal if he keeps doing this - it'll make things worse in the long run. I honestly have no idea when he'll stop."

'They were her words, her narrative.'

Burrell, who currently lives in Cheshire after spending time in the US, said: "Diana would be heartbroken it's come to this. Not only would she be devastated that Harry is cut off from his family, but she'd disapprove of him tearing down the royals. She'd want him to stop airing his dirty laundry, and to live a quiet, private life, focused on his children." Burrell shared his thoughts in the aftermath of the Apple+ docuseries where Harry is interviewed by Oprah. In one of the episodes, the 36-year-old makes several allegations about the treatment he and his wife received by the royal family. He spoke about the traumatic memories and shared that his family did not address his mother's death and expected him to deal with the aftermath by himself. Harry also took potshots at his father, Prince Charles claiming he could have done better than to let his children suffer. "Just because you suffered doesn’t mean that your kids have to suffer,” Harry said in a barbed statement.

The Duke of Sussex also shared that he and his wife felt abandoned by his family which became the catalyst behind their leaving for California last year. When asked about the pushback he could receive, Harry continued: "Certainly now I will never be bullied into silence," adding: "I thought my family would help, but every single ask, request, warning, whatever it is, just got met with total silence, total neglect.  We spent four years trying to make it work. We did everything that we possibly could to stay there and carry on doing the role and doing the job. But Meghan was struggling. That feeling of being trapped within the family, there was no option to leave. Eventually, when I made that decision for my family, I was still told, "You can't do this", And it's like, "Well how bad does it have to get until I am allowed to do this?". She [Meghan] was going to end her life. It shouldn't have to get to that."

If the relationship between Harry and the royal family was frayed after the first Oprah interview in March, the latest round of stories and allegations are only going to increase the gulf between them.

Harry's criticised by Diana's former butler Paul Burrell for speaking publicly about the royals! He wrote a book about his association with her! Blinded by Meghan; Harry damaging himself! Diana would be sad at estrangement from the royals & want him to stop giving the interviews! pic.twitter.com/7FmLCzhlxI