Prince Harry Reveals One Of His Son Archie's First Words Was "Grandma", Diana Would Be Happy

Prince Harry was interviewed by Oprah Winfrey for a new docuseries on mental health called 'The Me You Can't See' for AppleTV+. 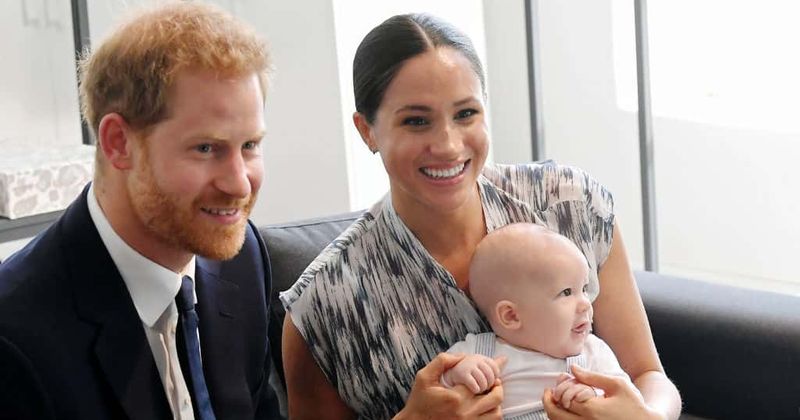 Prince Harry and Meghan Markle's baby boy, 2-year-old Archie, is growing up fast. His proud father shared that one of his first words was "grandma," a nod to Princess Diana, and something that rendered him emotional, according to PEOPLE. Speaking with Oprah Winfrey during an interview for the AppleTV+ docuseries, The Me You Can't See, Harry said a photo of his late mother hangs in Archie's nursery at their home. "I got a photo of her in his nursery, and it was one of the first words that he said — apart from 'mama,' 'papa,' it was then 'grandma'. Grandma Diana," he shared while adding that he missed his mother's presence. He spoke about her at length during the interview. "It's the sweetest thing, but at the same time, it makes me really sad because she should be here," Harry added.

Speaking about his mother's loss, he said, "I wish she could've met Meghan. I wish she was around for Archie." The interview also featured footage of Archie with his father as they swung on a hanging bench. The Sussex royals are expecting a second baby in the summer. Harry said, had his mother been alive, she would have been incredibly proud of him, the man he'd become, and his family. "Yeah, I have no doubt that my mom would be incredibly proud of me. I'm living the life that she wanted to live for herself, living the life that she wanted us to be able to live. So not only do I know that she's incredibly proud of me, but that she's helped me get here. And I've never felt her presence more as I have done over the last year," he said.

In an interview with James Cordon in February, Harry spoke about the rapid progress his son was making at stringing words together. "My son is just over a year and a half. He is hysterical. He's got the most amazing personality. He's already putting three or four words together, he's already singing songs," he said, before sharing that his first word was "Crocodile." He later added, proudly "Three syllables." The royal reunites with the popular talk time tv host for a second time. But this is not the no-holds-barred revelatory interview like the last time around, that raised the heckles of the British Royal. The aim this time is something different. The series focuses on mental health and also features interviews with Lady Gaga and NBA player DeMar DeRozan about their own struggles, according to Variety.

Harry spoke in one section about how had to undergo therapy due to his mental health and that there was a danger he could lose his wife if he didn't, USA Today reports. It was his wife Meghan who suggested he get help, said Harry. "When she said, 'I think you need to see someone,' it was in reaction to an argument that we had. And in that argument, not knowing about it, I reverted back to 12-year-old Harry," he said. It was the same year that his mom, Princess Diana, died in the car crash in Paris. The death he said left him angry and also due to "the fact that there was no justice, at all." He added, "The same people that chased her into the tunnel photographed her dying on the backseat of that car." The series also goes the whole trajectory of Harry's treatment—realizing he had a problem, seeking help, and finding the correct approach, according to the Variety report.

In his case, he chose EMDR therapy (a type of nontraditional psychotherapy used for PTSD and often given to people who have experienced military combat, physical and sexual assault, and abuse). But the main aim of the show is, in Harry's own words, to "use any part of my own experience that might assist or help other people who have similar issues, similar traumas.”