trending celebrity people lifestyle news animals
Harry May Reconcile With Family As He Realizes "Life Is Too Short," After Grandfather's Death

Harry May Reconcile With Family As He Realizes "Life Is Too Short," After Grandfather's Death

The Duke of Sussex is currently in the UK to attend his grandfather's funeral. 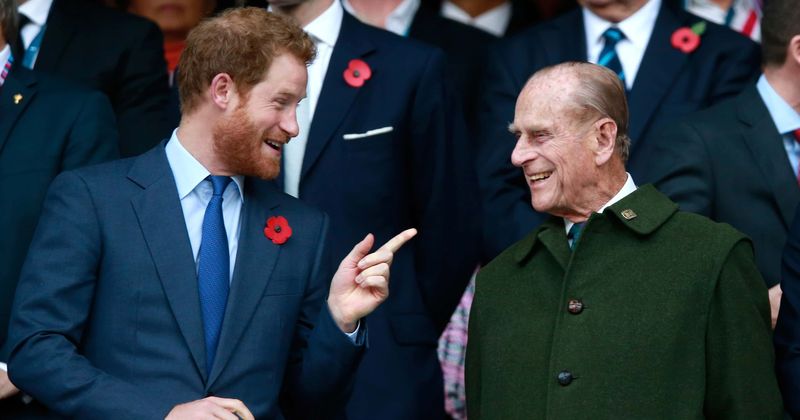 Prince Harry has returned to the U.K. for the first time in over a year to attend his grandfather Prince Philip's funeral on Saturday. The Duke of Sussex is following COVID-19 protocols before joining the rest of his family. The 36-year-old will not be joined by Meghan Markle who is currently expecting their second child, a baby girl, as she "has been advised by her physician not to travel," a royal spokesman said, reports PEOPLE. After Meghan and Harry stepped down as senior working royals last year Harry gave his cousin Princess Eugenie and her husband Jack Brooksbank who became new parents, use of their home,  Frogmore Cottage. "Frogmore Cottage continues to be the Duke and Duchess of Sussex's residence in the U.K.," said a source, "and they are delighted to be able to open up their home to Princess Eugenie and Jack as they start their own family."

The Duchess of Sussex did not get medical clearance to travel alongside her husband. https://t.co/h1zxI8lAdD

Soon after Prince Philip's death, Prince Harry shared a statement in honor of his grandfather who died at 99. "My grandfather was a man of service, honor, and great humor. He was authentically himself, with a seriously sharp wit, and could hold the attention of any room due to his charm—and also because you never knew what he might say next. He will be remembered as the longest-reigning consort to the Monarch, a decorated serviceman, a Prince, and a Duke. But to me, like many of you who have lost a loved one or grandparent over the pain of this past year, he was my grandpa: master of the barbecue, legend of banter, and cheeky right 'til the end. He has been a rock for Her Majesty The Queen with unparalleled devotion, by her side for 73 years of marriage, and while I could go on, I know that right now he would say to all of us, beer in hand, 'Oh do get on with it!' So, on that note, Grandpa, thank you for your service, your dedication to Granny, and for always being yourself. You will be sorely missed, but always remembered—by the nation and the world. Meghan, Archie, and I (as well as your future great-granddaughter) will always hold a special place for you in our hearts." The Duke concluded his statement with the Royal Marines motto, "Per Mare, Per Terram," which translates to, "By Sea, By Land."

A reminder of how much #PrincePhilip’s genes live on in #PrinceHarry. pic.twitter.com/HzDL3QigUg

Since Harry and Meghan's exit from being senior working royals in the monarchy, there have been speculations about Harry's ties with the family. According to the royal family commentator Chris Ship and Good Morning Britain hosts Susanna Reid and Kate Garraway, Harry's return to the UK may mean that he is ready to reconcile with family despite their differences. The trio discussed what Harry might be feeling and what he might do next.  Garraway said, "I think you realize your loss is shared despite some of the things that have perhaps divided you. You would hope that there would be a sense of how much is still there between you." Reid added, "Funerals also remind you that life is too short sometimes. It also reminds you that divisions need to be healed. This is because a huge figure in their family has gone, that can really focus your emotions."

Prince Philip's funeral could be a chance for Harry and William to put their differences aside: https://t.co/80g2QjIAkZ

The royal commentator added this must be a difficult time royal Family even though there has been preparation for the Duke of Edinburgh's death. Ship said, "I think as the Archbishop of Canterbury said, yes Prince Philip was 99 and left a long and fulfilling life but a loss is still a loss. It is still felt very hard and Princess Ann also said you can prepare for these moments but you are never really ready. They will all be in a state of shock and they are sharing it with a nation. That is something I find must be very difficult, to balance that private grief as a public-facing family."